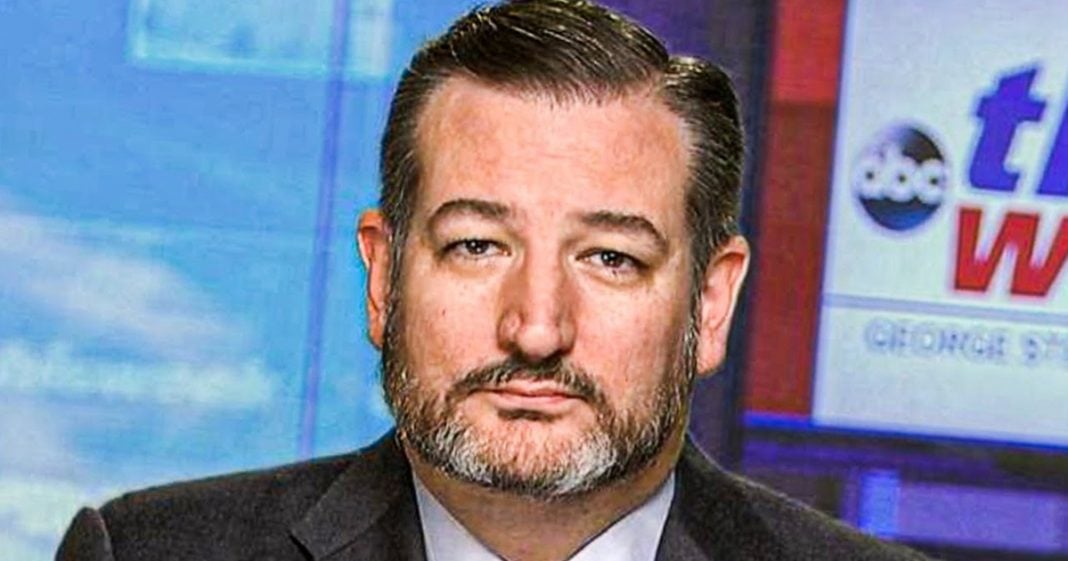 During a recent interview, Republican Senator Ted Cruz bragged about the fact that he has opposed all of the “partisan” efforts that the Democrats are working on. These include hugely popular initiatives like sending out stimulus checks, increasing the minimum wage, and the infrastructure package that is coming down the pipeline. Cruz needs to realize that simple obstruction isn’t a good strategy, especially when his own voters support these ideas. Ring of Fire’s Farron Cousins discusses this.

You know, as much as we all love to hate on Ted Cruz, because he is a despicable human being, there was a time when this guy was actually a very effective politician. Now he was an effective politician for all the wrong reasons, but he knew how to work a crowd, right. He knew how to gain support. Had Donald Trump not entered the Republican primary in 2015, Ted Cruz would have been the nominee. Okay. That’s how close Ted Cruz actually came because of how savvy he was as a politician. He knew how to play the game. But during the Trump years, something broke inside of Ted Cruz’s pretty much already broken brain. And as a result of this, the guy has become an absolute pathetic mess. Recently, Ted Cruz tweeted out a, a boasting post about him voting against or not supporting in any way, some of the most popular legislation and proposals from the Biden administration. He is trying to sell his supporters and he also talked about this in a recent right-wing radio interview, he’s trying to convince his supporters that I’m fighting against everything Joe Biden is doing.

And if Ted Cruz were as smart as he used to be in terms of being a politician, he would take a look at the poll numbers and understand that your voters, Ted, actually like a lot of the things Joe Biden and the Democrats have tried to do. So Ted Cruz, again, recently tweets this out. He says, in their first three months of being in power, Democrats have been all partisan, all politics, all the time, and you better believe I’m fighting against every single bit of the damage Democrats are trying to inflict. Damage like sending people $1,400 checks? Because a majority of Republicans support that. Damage like increasing the minimum wage to $15 an hour? Because the majority of voters support that. Things like the $2 trillion infrastructure bill with a tax hike on corporations? Because a majority of your Republican followers support both of those things. They, they want to invest in infrastructure and they want to raise taxes on corporations. So what exactly are you trying to do here, Ted? Are you trying to set yourself up for a 2024 presidential run? Because if so, maybe it’d be smarter to stop being just the ridiculous obstructionist, obstructing for the sake of obstructing, and maybe start supporting things that people actually think are popular.

I said this from day one, following the results of the November election, that if Democrats want to retain power, all they have to do is deliver for the American public. And so far we’ve had some slips, right? We’ve had some pretty terrible things from the Biden administration, both on the military budget front and the immigration front. But aside from that, he has delivered just enough to keep the public happy and that includes Independents and yes, even Republicans. What he is doing is popular and Ted Cruz thinks that he will be more popular by fighting against popularity, like some kind of political hipster. Like, pssh, yeah, I don’t support that. I know a lot of people like these things, but I’m too cool for that. No, what you’re doing is you’re obstructing your way right out of the 2024 presidential race. And I’m happy about that. You’re a scumbag Ted. And while you’re boasting about blocking these things, what you’re really doing is telling your supporters, I know you like these things, and I know you need these things, but I’m not going to let you have it because it wasn’t my idea. Good luck running on that in your next election.