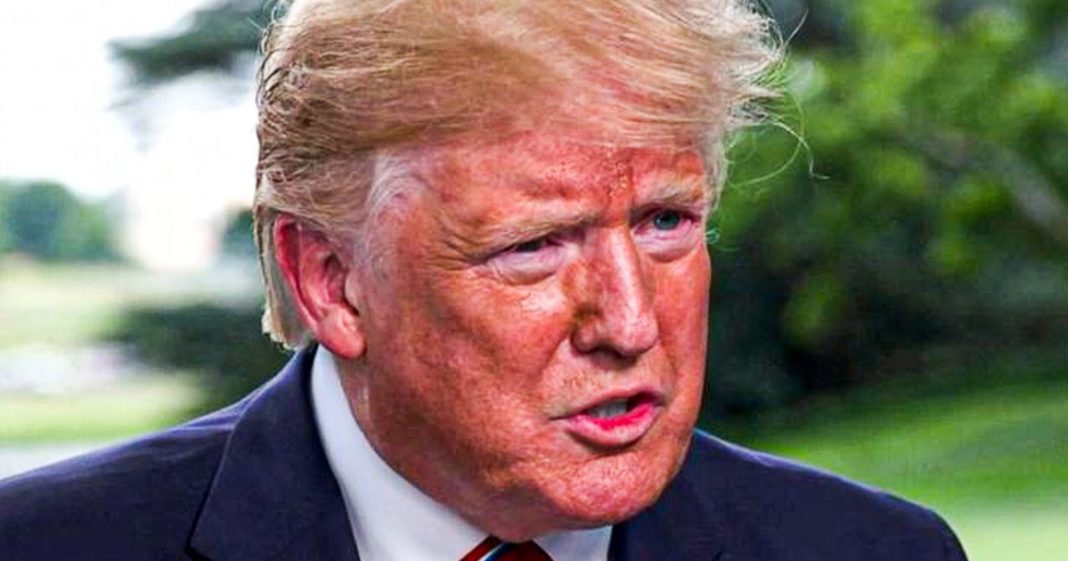 Some members of the Republican Party are beginning to understand that Donald Trump doesn’t actually have any real power over the Party. According to a new report by The Guardian, several Republican historians and consultants are beginning to acknowledge that Trump has no control, and all he can do is issue ridiculous statements from Mar-a-Lago that they say amount to the squeaks of a mouse. Ring of Fire’s Farron Cousins explains what’s happening.

A recent report by the Guardian shows that some Republicans and Republican historians are actually starting to understand that Donald Trump doesn’t actually have real power over the Republican party, which is something I’ve been saying for a couple of months now. Ever since the guy left office, he hasn’t had any actual authority over the Republican party, other than what Republican politicians perceive to be power. Right? The whole thing was totally fictitious. He claimed he had power. They accepted his claim that he had power. And therefore he did have power, even though he doesn’t actually, if, if any of that makes sense to you. It was all an illusion. And the report from the Guardian shows that more and more Republicans, consultants, historians, strategists are starting to understand that. They now realize what we’ve been saying for quite some time that the guys barking in the dark, down there at Mar-a-Lago and they attribute the fact that he’s lost so much power, not to the fact that he’s not president anymore, but because he doesn’t have his Twitter account. Here’s what one of them had to say.

He was once like Zeus shooting tweets like thunderbolts from up high. But now all we see are little squeaks from the mouse of Mar-a-Lago. Ouch. Little squeaks from the mouse of Mar-a-Lago. I, I don’t think anything could be more true than that statement right now. See what Donald Trump does and I’m sure we’ve all seen this, he issues those idiotic looking little press releases, those statements he puts out and he hopes the media picks them up. And if they do then, yay, I guess he gets a little bit of attention, but if not, they die. Like, that’s why I hate when I see people spreading these things on Twitter, even to mock them or debunk them. Like if you just shut up about it, if you stop re-tweeting it, it dies. Like, why do people not understand that? Let it die. Stop giving it new life by re-tweeting it to a hundred thousand followers. That’s part of the problem. I mean, the real people in this country who are helping Donald Trump hang onto what little party he has are people on the left.

Like it’s one thing to go out there and debunk his ridiculous talking points because a majority of Republicans believe those. We have an obligation to do that. But when he puts out idiotic statements, we also can ignore them. We do not have to give them new life on social media, but unfortunately far too many people do that. But it still doesn’t compare to the reach that he used to have when he had his own Twitter account. And the more he puts out these statements, I’m confident people will eventually start ignoring them. It gets tiresome. It gets boring and there’s really no point in talking about Donald Trump saying something stupid. We just did that for four and a half years. It was fun. It was funny. It was damaging to the United States. But we had to do it because he was president. We don’t have to do it anymore. We can make the same realizations that these Republicans are, that this dude doesn’t actually have any power. The only power he has is the pretend power that he thinks he has. And if we ignore that, then he goes away. The little squeaky mouse of Mar-a-Lago loses his voice.