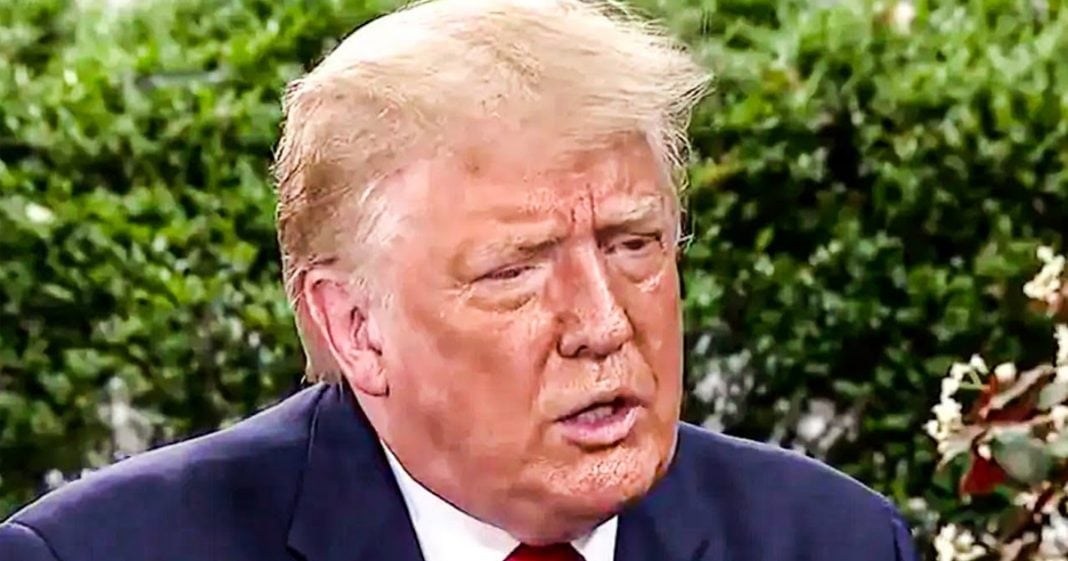 In yet another sign that the Republican Party is likely irredeemable, a new poll shows that the majority of Republicans in America actually trust what Trump says about COVID-19 more than they trust Dr. Anthony Fauci, the Centers for Disease Control, and even President Biden. The man who told more lies in office in four years than any other modern President is the beacon that these deranged individuals choose to follow, and it is a path that is destined for failure. Ring of Fire’s Farron Cousins discusses this.

These people are irredeemable. They really are. Because when you think about it, when you look at the other polls, you have roughly that same percentage that says that Biden didn’t cleanly win that election and that there was obviously fraud, which isn’t true. There have been audits and recounts and lawsuits and all chances to find or prove anything. And they couldn’t because it didn’t exist. So I think right now, what we’re looking at is just 66% of Republicans, totally delusional. Irredeemable, write them off, stop trying to rationalize with them. Stop trying to talk to them. You know, it’s one thing to try to continuously debunk election lies, and I’ve done it so much that at this point, honest to God folks, I’m starting to lose my voice on a permanent basis. But then when you get to things like this, like, no, no, no, no, no.

I don’t trust the doctors. I don’t trust the scientists. I don’t trust the people who literally don’t have anything to gain politically. I trust Trump instead. I mean, the guy that lied verifiably more than 25,000 times in just four years. This is a level of delusion that we absolutely just can’t deal with. And at this point, I think we’re wasting our time if we think we can. There are plenty of normal Republicans out there that can be talked to and reasoned with and whatever else. We can talk policy, we can have disagreements and not result in, you know, crazy name calling. But 66% of them, absolutely not. The 66% are cult members. They are brainwashed. They’ve been hoodwinked and they don’t care. They love it. So yes, 66% of the Republican party, as of right now, is clearly irredeemable. And I don’t know that that number is going to go any lower.