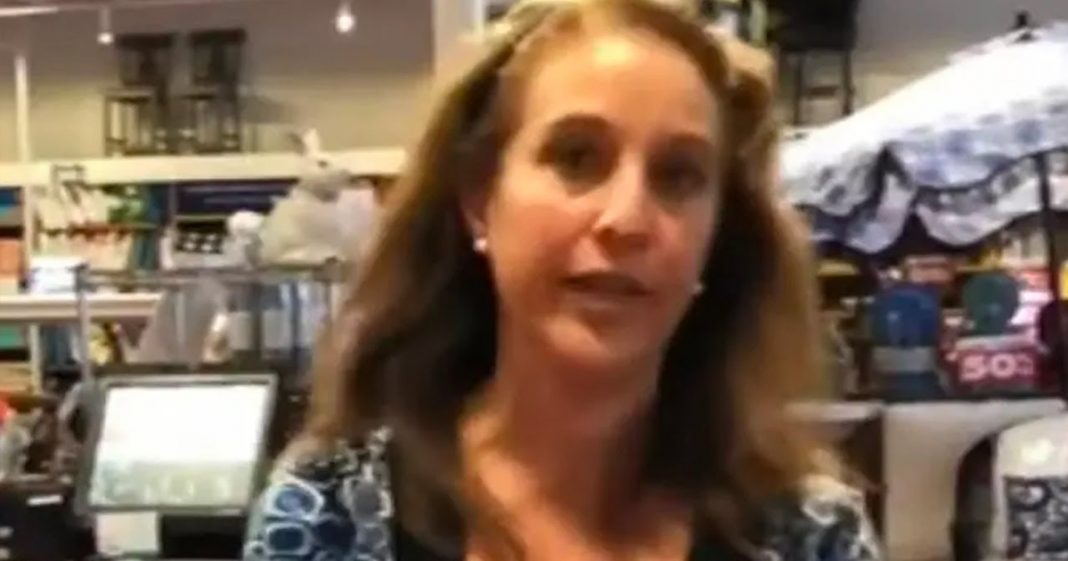 A Florida woman is headed to jail over an incident that went viral a year ago where she was asked to put on a mask and then proceeded to cough on another person to “prove a point.” It turns out that the person she intentionally coughed on was a brain cancer patient with a weakened immune system, and now the anti-masker has been sentenced to 30 days in jail, 6 months probation, anger management, and a full psychological evaluation. Ring of Fire’s Farron Cousins discusses the incident.

Last year, a video went viral of a woman in Florida by the name of Debra Hunter. And Ms. Hunter was in a store without a mask and this was, you know, earlier days of the pandemic, but at a time when everybody knew wearing masks was a way to stop the spread or at least slow the spread. And Ms. Hunter was confronted by another shopper, asking her to put on a mask. The other shopper pulled out their camera and you can watch the whole video if you’d like, actually it’s in the article, in the link in the description here, but, it went viral last year. And Ms. Hunter getting annoyed being videotaped, walked up to the individual, coughs on them intentionally, you know, gives them the finger. Calls them an. And eventually just leaves. It turns out that person that got coughed on was a brain cancer patient who obviously due to the cancer treatments, had a weakened immune system. And thanks to changes in laws during the pandemic, coughing on somebody intentionally was illegal in most areas.

So now Ms. Hunter, who is so sad and claims she’s become a pariah because of that video, she just got sentenced to jail in the state of Florida, 30 days in jail for intentionally coughing on somebody. And again, she only did that because that person in the middle of a pandemic said, why aren’t you wearing a mask? Shouldn’t you be wearing a mask? In addition to the 30 days in jail, which I think is a rather poultry sentence, she also has to pay a $500 fine. She has to serve six months probation and undergo a mental health evaluation along with anger management. Now, now we’re getting into some good territory here, right? Because yes, I think any anti masker out there or people who think that masks are some how a danger. Yeah, you all should be undergoing mental health evaluations. That’s, that’s what, that’s what we’re looking at here. Anybody who gets that worked up over somebody saying, hey, maybe you should wear her mask because there’s a deadly virus running around the globe.

If that you off, there’s something wrong with you. There really truly is. You either have severe anger management problems or there’s even something worse kicking around up here. And hopefully with Ms. Debra Hunter, we’re going to get to the root of that. We’ll find out if there is a screw loose or maybe she’s just prone to anger. Maybe she was having a bad day and took it out on somebody. I seriously doubt that, by the way, she seems like the kind of person that would do this at the drop of a hat. The kind of person that doesn’t ever like being told what to do, which is what we see with a lot of these anti maskers. They’re all the same. Oh, they may look different. They may have different talking points. But at the end of the day, we’re dealing with a group of over privileged individuals who’ve never been told no in their life. And they don’t like being asked to be considerate of other human beings.