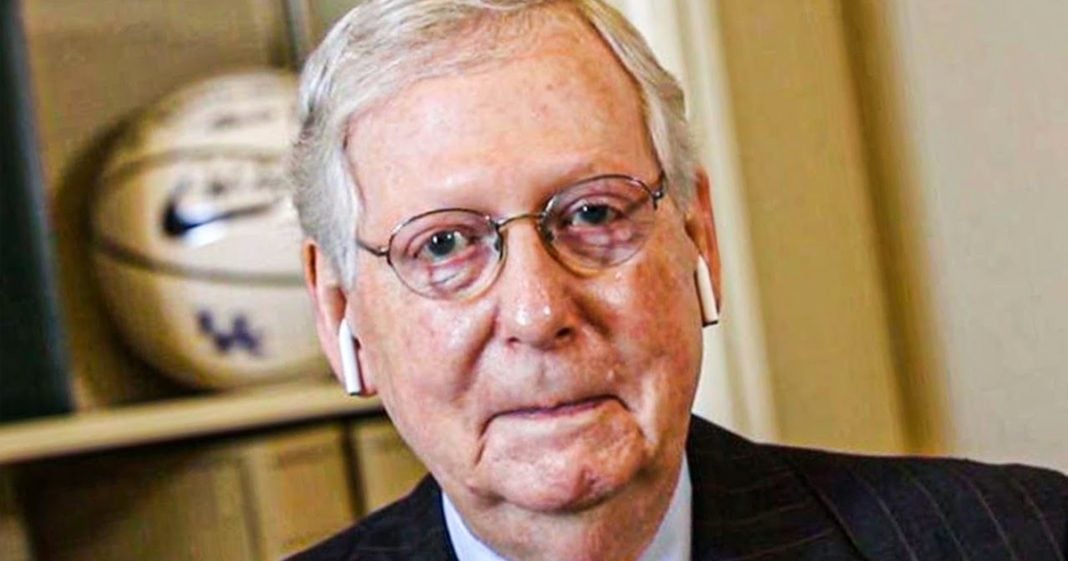 The Republican Party has never been known as the Party of Empathy, and a new poll shows how deep the selfishness in the Party really goes. 45% of Republicans say that they will NOT be getting a COVID vaccine, a staggeringly high number that could easily cause many more months of pandemic restrictions here in the United States. For a Party that’s been whining about not being able to live their lives, they certainly aren’t doing anything proactive to get us back to “normal.” Ring of Fire’s Farron Cousins discusses this.

According to a new Monmouth University poll out this week, 45% of Republicans are selfish jackasses. Now that wasn’t actually what the poll was seeking to find. What the poll found was that 45% of Republicans say that they do not want to get the COVID 19 vaccine. But when you look at it the way I framed it, it sounds much better, right? Because I think that’s a much more accurate description of what these individuals are. We’re still in the middle of a pandemic. We’re in the fourth wave, by the way, of the pandemic. We’re over a year into this, and we’re still seeing some of the same problems that we saw a year ago. We have vaccines available now that greatly reduce the risks when somebody catches the virus or their ability to spread the virus and how severely it impacts them.

This is a smart thing to get. Are there risks? Sure. And if you’re concerned about the risks, don’t go and consult Twitter. Don’t go and consult idiots posting memes on Facebook. Talk to a doctor. Talk to multiple doctors. Get second, third, and fourth opinions if you have questions about this vaccine, any of the vaccines. But what we know about this virus and the illness so far Is not good. Granted, we don’t have any long-term studies because this thing hasn’t been around long-term. But a year into this, we are seeing individuals who had the disease over a year ago, still reporting severe respiratory distress, reporting new heart problems and other long-term issues that may go away. Or they may plague these individuals for the rest of their lives. We don’t know yet.

On top of that, we still have restrictions in place. I know a lot of States are lifting them. A lot of States, both Democrat and Republican controlled are saying, screw it. We’re tired of it. Let’s just reopen. Whatever happens happens, which is why we’re in the fourth wave right now. So for all of these Republicans who say they do not want to get this vaccine, you’re being selfish and you are being irresponsible. And once again, you are spitting in the face of science. But after all, selfishness, isn’t that what’s at the heart of all of the Republican science denial that we’ve seen over the decades? You know, let’s not address climate change because oh, the science may be wrong and I don’t want to cut back on my emissions. I don’t want to have to recycle. I don’t want to have to buy an electric car in the future.

I don’t want to do that either. There is no making these people happy. I understand some people have religious objections to these particular vaccines. I get that. I understand that people do have very real concerns, right? There’s been some scary news out about the Johnson and Johnson one. Sure. I get it. You know, we’ve been saying for years here on Ring of Fire, that big pharma is a dangerous group. They hide stuff from us all the time. But what we are seeing so far with the vaccine adverse reaction reports is nothing compared to what we’ve seen for people who contract COVID-19. That’s a simple fact, and that is a verifiable fact.