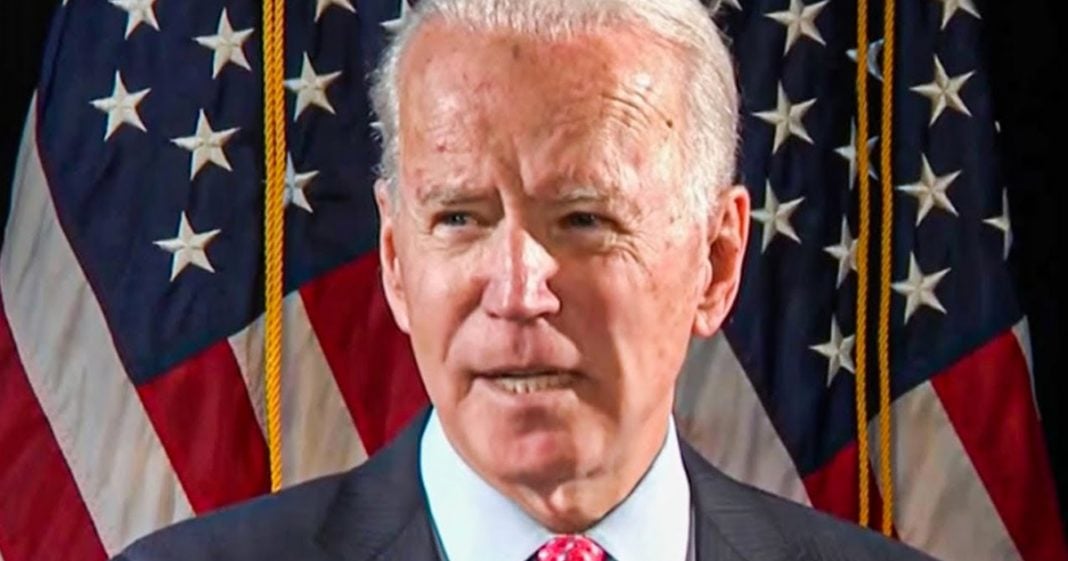 Democrats have introduced legislation that would expand the U.S. Supreme Court from 9 justices to 13, which would end up giving Joe Biden the chance to put four more justices on the bench. This is a smart move by the Party, though it is one that could end up costing them in the long run. Nevertheless, this is what the country needs, and it is just one of many SCOTUS reforms that need to be addressed. Ring of Fire’s Farron Cousins discusses this.

Democrats have now introduced legislation to increase the size of the United States Supreme Court from nine justices to 13 and I love this piece of legislation. Honestly, I’m a little shocked it took them so long to get around to doing this because this was obviously one of the hot button issues in the 2020 election. Right? Ruth Bader Ginsburg had just passed away. Republicans rammed through Amy Coney Barrett breaking their own McConnell rule that, oh, you can’t do it in a presidential year. They did it a month before the election. Yeah, Republicans absolutely deserve this, but so does the American public, in a good way. Republicans deserve it in a bad way, Republican politicians. The public deserves this in a good way. And I think 13 is still too small. Right? Think about this. Okay. Just, just consider this for a moment. Nine individuals right now, nine have the ultimate decision on what is legal and what is not in the United States. Nine people in a country of almost 330 million.

Explain to me how that makes sense. The vetting process for these individuals, the credentials that they need to hold. Hmm. I’m not impressed by it. I’m really not. Most of the time, these are partisan hacks chosen because they know the party that nominates them. These individuals are going to vote a certain way and that’s mostly obviously the Republican side, you know, that’s why they ask them questions about, hey, what you’re going to do about Roe. We need to expand this court and that’s just the first small step. Okay. That’s just the immediate band-aid that you slap on that us Supreme Court to right a couple of wrongs over the last five or six years. Then, we work to get a constitutional amendment for term limits for every single court, from the lowest to the highest here in the United States. That is the way to truly fix this court. Not to mention the fact that if we do not do that, Republicans are just going to come along the next time they have power, which could be in four years from now, and they’re going to extend it, extend it from 13 to 17 or 19 or 150.

Who knows? That court is just going to continue getting bigger and bigger and bigger and bigger every time the administration switches parties. Term limits would actually prevent that. So we don’t have these, you know, contests between Democrats and Republicans for the rest of this country’s life. Term limits solves a lot of problems. Term limits allows us to get rid of these judges who haven’t necessarily broken any rules, so we can’t impeach them, but they’re really horrible at what they do. Term limits is the long term solution to this problem. It also opens up to where you do make sure that each and every president does have the opportunity to appoint judges to that court. Something that the president has the authority to do. That’s my take on this whole thing. I like what the Democrats are doing here. I think it is needed. But at the same time, that is just the small, tiny first step in a number of reforms that have to come to the US Supreme Court.