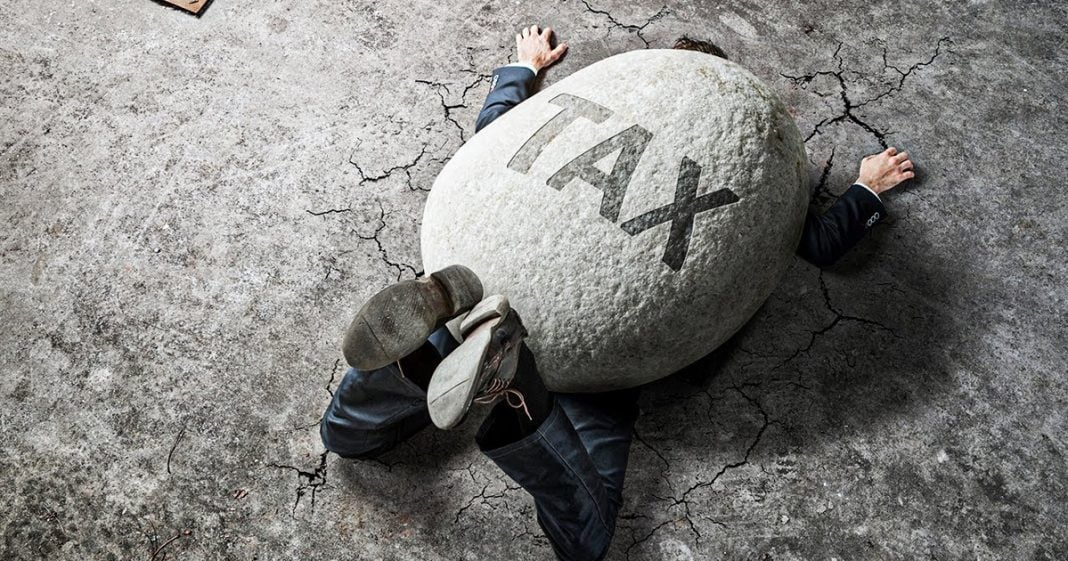 The latest round of polling shows that a majority of Americans from across the political spectrum agree that corporations should be paying more in taxes. But this isn’t surprising – polls have actually been showing this for nearly five years. The problem is that politicians, mostly from the Right, believe that raising taxes on corporations could hurt them politically, even though their own constituents support the idea. Ring of Fire’s Farron Cousins explains what’s happening.

The chief of the IRS came out this week and said that because of tax cheats and loopholes and all these other things that corporations and the wealthy elite take advantage of, the US might be missing out on a trillion dollars a year in tax revenue. This is money that should be being paid to the federal government, money that could easily pay for debt-free college, student loan forgiveness, make a great down payment on a green new deal in just one year. And we’re just not, just not collecting it because of all these loopholes. But even before that news came out, two weeks ago, we had a poll, aYouGov morning consult poll that showed that a majority of voters across the political spectrum left, right and independent Republicans, Democrats and everything in between, majority of all of them like the idea of taxing corporations more. And the reason that’s important is because that is the central financing of Joe Biden’s $2 trillion infrastructure plan, taxing corporations. Of course, it also raises taxes on individuals making more than $400,000 a year.

But the big one comes from the corporate taxes increased. Republicans are wholeheartedly politicians against it. They have absolutely said that this is a non-starter, they’re not going to do it. But for more than four years, poll after poll shows the members of their own party, the ones outside the bubble of Washington, DC actually support the idea of taxing corporations at a higher rate. They like it. They’re okay with it, right. They don’t take it personally when somebody says let’s raise taxes on Amazon, let’s raise taxes on Delta. They don’t get all worked up and say, but oh, no, they say cool. Yeah, let’s do that. But Republican politicians, they freak out when you say these things. They absolutely go into full panic mode when you say, hey, maybe these corporations ought to pay their taxes. Oh my God, there is not a worst thing you could say to a Republican politician. And that’s because Republican politicians have become completely out of step and out of sync with their own constituents.

You know, it’s one thing for a politician to get too hung up on polls, like Donald Trump, right. Guy was constantly, oh, there’s a new pool, but it’s totally fake. But then you have the other extreme. You have George W. Bush who said, I don’t spend a lot of time thinking about polls or looking at polls. I don’t care about polls. What you really want in a politician is probably somewhere in between, but honestly, maybe closer to Trump’s side. You know, little, little away from the center, more towards Trump, but not, you know, fully in that territory because we want politicians paying attention to these polls. We want them to understand what the public wants, because trust me, when you put forward a policy that is supported by Republicans, Democrats and Independents, and then you support that plan. You’re not going to get punished for it. But politicians on both sides don’t seem to understand that. If they did, we would already have debt-free college. We would have a green new deal. We would have universal health care. But these people don’t pay attention to polls. They think they know better. And we, the public continue to get screwed in the process.