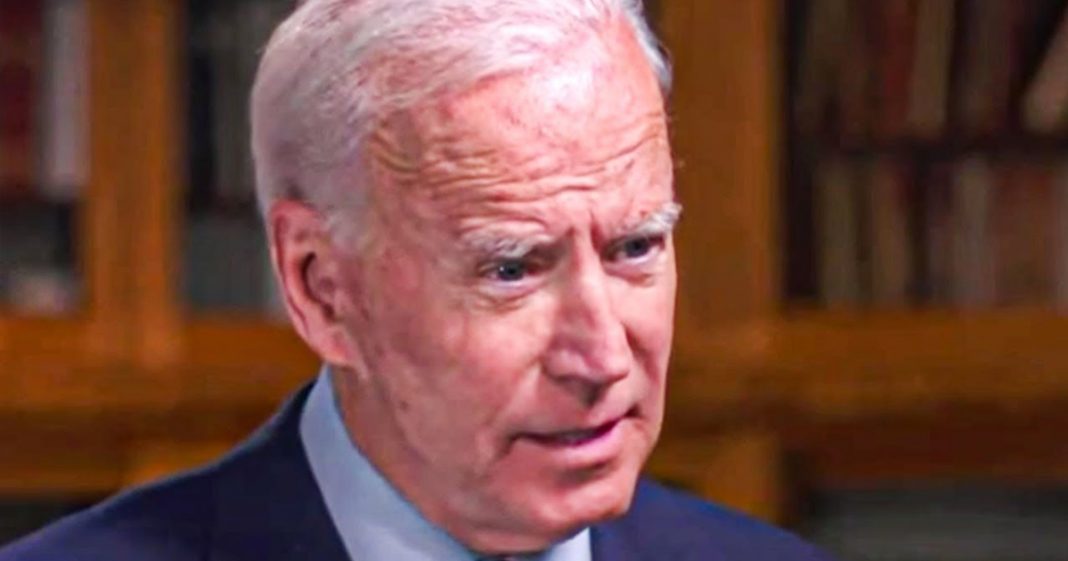 A group of 10 “moderate” Republican Senators are apparently angry that Joe Biden keeps inviting them for meetings, and then pressing forward without their support. Staffers of these lawmakers who spoke to Politico said that it is like having dirt rubbed in their faces, but that’s kind of what happens when your party only wants to obstruct and not actually move the country forward. Ring of Fire’s Farron Cousins discusses this.

A group of Republican senators known as the G-10, and by the way, these are more moderate, allegedly moderate, Republican senators, their staffers recently talked to Politico where they whined about the fact that Joe Biden is constantly inviting these Republicans to the white house, having really great talks with them and then not listening to anything they say and pushing forward with legislation anyway. Essentially, Joe Biden is not letting these Republicans manipulate popular pieces of legislation. For example, the COVID relief package that recently got distributed to millions of Americans. Republicans wanted to scale it down a bit. Joe Biden, who had brought them over to the white house, said, hey, thanks for your input, but, we’re not going to do that. And they went forward with it anyway. It passed. It was hugely popular. The public liked it, and these lawmakers are furious.

And then earlier this week, actually Monday evening, they went over to the white house, talked to Joe Biden, said, hey, your infrastructure package. We love it. This is a really great idea, except for the, you know, raising taxes on corporations. We’re not okay with that. I know publicly we’re saying we hate corporations right now, but we don’t mean it. And we got to preserve those tax cuts and Biden was simply okay, cool. That’s great input. We’re not changing it. So, eh. And now these, these staffers, here, here’s what one says. It’s an effing nightmare. Biden is a horrible villain for us. There are deeply entrenched narratives that have some truth, but are no longer totally true. Reporters believe them, despite all evidence to the contrary. I don’t even know what that means. Does anybody know what that means? I’m not even getting any context in this article about what that quote means.

Like he’s a terrible villain for you. I’m sure that’s correct because he’s not actually a villain for you. Again, he is enacted plenty of conservative items from immigration to foreign policy. That’s been very conservative friendly. On the domestic front, you know, financially, he’s done things that are far more liberal and they’re actually things that would benefit the American public. And they know that and they understand it and they like it. That’s what’s these Republicans off. They want to be a part of the good things, but they don’t know how to bring themselves to support the good things. They have spent so many years being the party of obstruction or being the party that’s allowed to do whatever the hell they want because they could steamroll Democrats because they had the majority. And now they’re confused. They’re lost. We don’t know what to do. Do we keep obstructing because the public’s getting at that? You know, do we just bow down and take it or do we do we try to get concessions?

And we don’t know because we’re not the party in charge anymore. Believe it or not folks, this is something the Republican party hasn’t had to experience in over a decade, and that is no power, other than the court system, of course. But the last time they didn’t have power was right before the 2010 midterms. So it’s been over 10 years. They’re not used to this. A lot of the members of Congress have never had to deal with this. They’re finding themselves politically impotent and they don’t know what to do with themselves now that they can’t push around Joe Biden, to his credit. You know, that is actually one of the good things we’re seeing from Biden is his unwillingness to back down in the face of Republican opposition. He is extending the olive branch. He is inviting them over there saying, come in, let’s talk, give me your ideas. And then when their ideas are horrible, he’s doing the right thing by telling them thanks, but no thanks. And that is Republicans off more than he realizes.