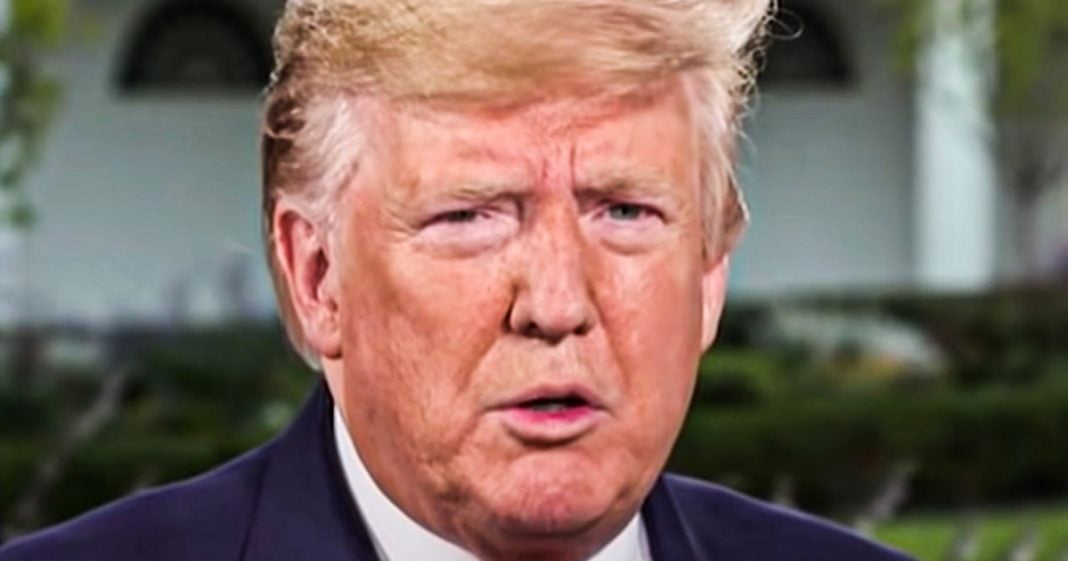 A new report from The Washington Post appears to blow up the biggest myth about Donald Trump’s rise to power, and that is that he didn’t actually increase the Republican Party’s share of “white working class” voters. But there are a few issues with the analysis presented in the Post, and the definitions that are used in the study are so narrow that they may not be as accurate as we’d like. Ring of Fire’s Farron Cousins explains the new study and discusses the potential flaws with it.

A new study that was published in the Washington Post by two political scientists says that Donald Trump did not in fact increase the Republican party’s share of quote, white working class voters. And in fact, he actually scared some of them away. Now on the surface and according to a lot of the other media outlets that are reporting on this, they’re getting it all wrong. They got it so wrong that I went out and I had to do a lot of side research here and yes, the two political scientists are technically correct. The rest of the media is getting the story totally wrong and here’s why, because the rest of the media, not the Washington Post, but the other people reporting on and including a lot of news outlets that I respect and use frequently, are acting like the 2016 election never happened. And that is the key.

That is the thing we have to pay attention to as well. The, the, the election Trump actually won because what happened in that election, he increased his share of white working class voters. But even to understand that, and this is one of the things that this new study didn’t necessarily talk about. I found this in my research, but one of the other things that has to be addressed is what happened before 2016, it was the 2012 election. And the share of white voters in the 2012 election, the share of them, fell by 20%. So it’s no wonder that Donald Trump increased the share of white working class voters in 2016. That was a given. That was obvious that that was going to happen. But in 2016, he got 64% of the white non-college educated vote. He got 38% of the white college educated vote, and 50% of the overall non-college total, which was up from Mitt Romney in 2012 of 47%, there was a 3% increase. Okay. Those are the numbers that I dug through. And I found myself from all the exit polling and the data about the 2012 and 2016 elections.

But they narrowed the definition to a point where they then used that data and said, aha, see his share fell from 2016 to 2020. I don’t agree with their definition of what working class voters are. I’m sorry, but I don’t. That makes no sense to narrowly define it in order to fit that particular narrative. I don’t like that at all. And here’s the thing. They didn’t even have to do that because the real whole data, without even trying to claim that subset, actually did back up their point. So they didn’t need to do that. But I guess the big thesis here and again, this is the political scientist in me coming out, like not agreeing with their data and seeing for myself that it doesn’t quite, you know, it says what they say it says, but it doesn’t say it to the degree that they say it does. If that makes any sense. It’s a good study. It gives us a little bit of insight into the Republican party. But in my personal view, based on the data I’ve seen, I don’t think it is significant enough to make any long-term predictions about Donald Trump or the Republican party.