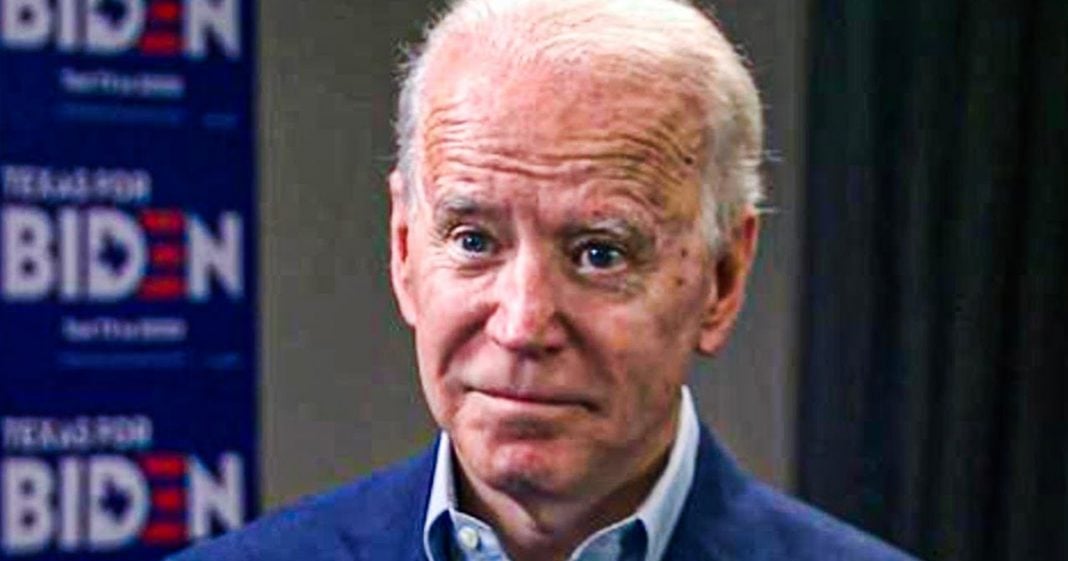 President Biden met with a bipartisan group of lawmakers on Monday evening, and they all left feeling good about Biden’s infrastructure plan. However, there is still a major problem for Republicans as they continue to oppose any efforts to raise taxes on corporations. It makes no sense – they claim that they want to punish these so-called “woke” corporations and they aren’t willing to do the ONE THING that would actually “punish” them. Ring of Fire’s Farron Cousins discusses the doublespeak from the Republican Party.

On Monday evening, president Biden held a meeting in the oval office with Republicans and Democrats, and he was talking to them about the infrastructure legislation and how to get everybody on board with this massive infrastructure project, which really is just a job creation program here in the United States. And remarkably, everybody left that meeting feeling really good about it. You know, reports came out and said everybody was happy. They thought it was a great talk. Republicans like the plan, except for one part of it. And they are, they’re, they’re real firm about not backing down on this. You see, in spite of the fact that Republicans have been telling us for weeks now that we have to punish the so-called woke corporations, they’re not actually willing to do it because the one thing they will not support with this infrastructure package is the tax increase on corporations.

Yeah. That’s, that’s how we were going to pay for the whole thing. You know, raise the corporate tax rate to 28%, still well below the 35% where it was before Republicans passed their 2017 tax cut. So it’s not even going back to what it should be. In fact it should be way higher than 35%, but they won’t do it. Nope, nope. They would rather talk a big game in the press about tackling these woke corporations. And then when they actually get the opportunity to do that, like, okay, you want to make them pay, let’s literally make them pay, Republicans say, well, no, I mean, we can’t actually do that. You know, you kinda, kind of called our bluff there. We’re not gonna punish these corporations by taxing them more so that we can pay for things like roads and bridges and schools and you know, new, new fire departments.

Nah, nah, to hell with that. You know, oh, re, re-inventing the US energy grid to be able to handle renewable energy sources. Nah. I mean, it’s cool. We totally like the idea. We just, you know, we’re not going to tax our buddies here because again, we’re talking a big game publicly, but we actually need their corporate donations behind the scenes. We’re not actually going to do anything to these people, but that’s a really cool infrastructure plan you have. I mean, listen, that, that is literally the mentality of these Republicans. So let’s name some names here. Representative Garrett Graves, a member of the house transportation and infrastructure committee, said it was a really encouraging meeting, but he ain’t gonna raise the taxes. Who else we got, Senator Roger Wicker from Mississippi, said that Biden was highly engaged and the meeting went well, but reversing the GOP’s corporate tax cut is a nonstarter. Wicker says, quote, I view the 2017 tax bill as one of my signature achievements in my entire career. It would be an almost impossible sell for the president to come to a bipartisan agreement that included the undoing of that signature.

Yeah. Yeah. God forbid, right, God forbid that we have multi-billionaire corporations, multi-billion dollar corporations, excuse me, pay their fair share in taxes, pay for the infrastructure that they reap the most benefits from, God forbid we have them pay for that. Right? I, I applaud Biden for attempting, but for the love of God, dude, screw them. Screw these Republicans. They’re never going to go along with any single plan whatsoever. No matter what that plan is, if it involves raising taxes on corporations. You could come up with a piece of legislation that was essentially pulling children out from oncoming traffic. But if it involved having to raise taxes to pay for the people to pull children out of the way of oncoming traffic, Republicans would say, nah, let the kid get hit by a car. That’s how steadfast they are in their resolve to never raise taxes on corporations and that is why. Thanks for trying though. You got to move forward without them.