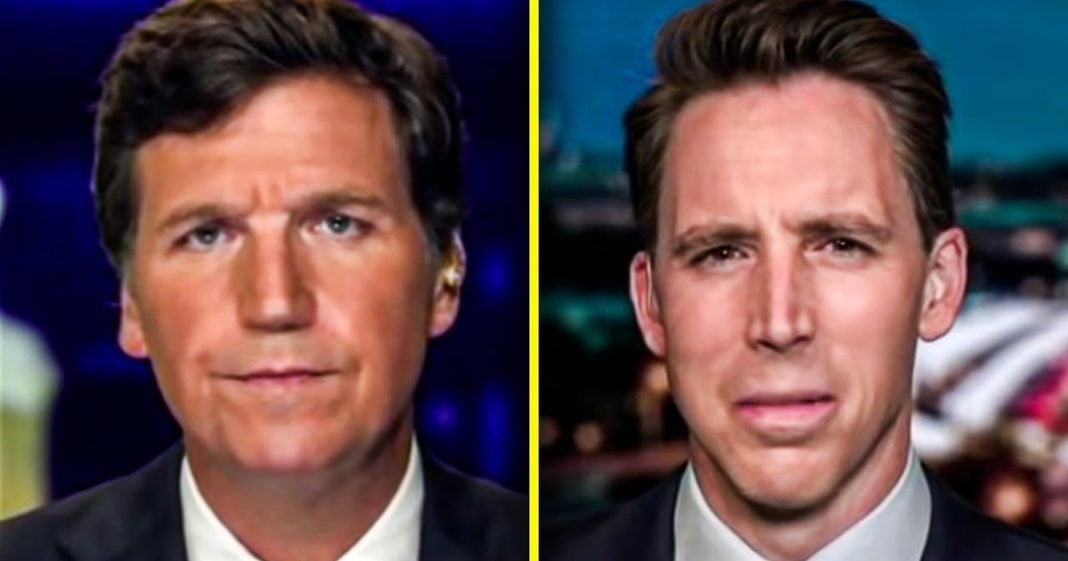 According to Republican Senator Josh Hawley, Republican voters are living in fear right now, but it’s, it’s not a rational fear. No, no, no. It’s the fear that somehow some big corporation somewhere is going to cancel them. Yes, Josh Hawley says that Republicans are living in fear of cancel culture. And he said this during an appearance on Tucker Carlson’s program Monday evening. Here is Josh Hawley explaining it in his own words, take a look.

Now, the Republican party has never been one to actually put forward something that people should be afraid of, you know, but they love telling people what they should be afraid of. Even when it’s not a real thing. I mean, let’s be honest. Do we actually see, think that there’s Republican voters out there sitting around their dinner table at night with their kids and their, their spouses saying, well, we survived another day kids. We weren’t canceled, but God help us. We have no idea what the future holds. Tomorrow, little Billy, who may be canceled. Sarah, it could be you. We don’t know. No, this is not a thing that actually happens, Josh. Republicans are not living in fear of being canceled. And by the way, corporations aren’t actually canceling anyone. Like that’s not even a thing. So you want Republicans to be afraid of this thing that doesn’t even exist. But here’s the catch, right.

Hawley is correct in his assessment that, yeah, corporations are too big. Hell, Ted Cruz even tweeted that out on Tuesday, said corporations are too big. They are. That is true. We need to break them up. We need to break up these monopolies. We need to hit them with these anti-trust lawsuits. We need to break them up. They’re not wrong about that. But they’re absolutely wrong about this so-called cancel culture coming from corporations. Like that’s not a thing. If Republicans were serious about cracking down on corporations, making them pay their fair share in taxes, which by the way, Republicans haven’t even suggested that. They’re running away from that. But if they were serious about breaking them up, about getting rid of the monopolies, about actually creating competition in this country that was fair and lowered prices for consumers, I’d be right there with them. I would be cheering them on instead of mocking them in these segments. But that’s not actually what they want to do.

What they want to do is go out there and act like they’re big, mean tough men taking on these corporate behemoths. When behind the scenes, what they’re doing is using that same core, cash from those corporations they’re badmouthing to fuel their campaigns. There isn’t really an actual feud taking place between Republicans and these corporations. Now there may be in the near future, but right now, these corporations are still pouring tens of millions of dollars into these same voter suppression Republicans. And that includes Josh Hawley and Ted Cruz too. They’re full of it, always have been, always will be. But they want their voters to think that they’re the big corporate busters. When in reality, they’re a bunch of simpering little puppies begging their corporate masters for another treat.