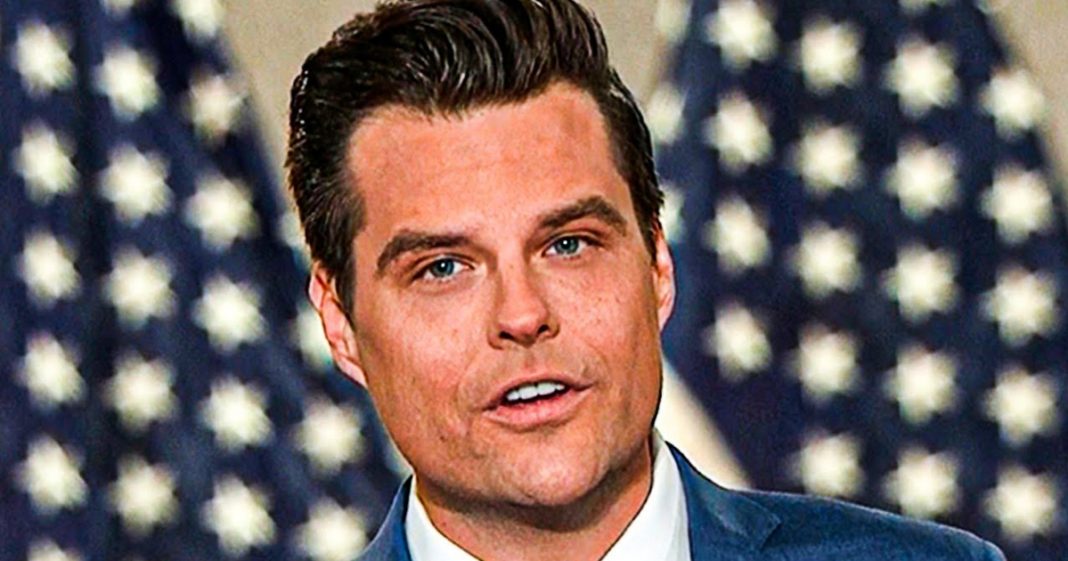 Republican Congressman Matt Gaetz refuses to step down as his scandal widens, and he’s using a ridiculously pathetic poll as “proof” that his constituents still love him. A new poll of 400 Republicans from Gaetz’s district shows that a little more than 70% of his Republican base in Florida’s 1st Congressional district don’t think he should resign, which isn’t exactly the vote of confidence that Gaetz thinks it is. Ring of Fire’s Farron Cousins discusses the faulty poll and why we shouldn’t put much stock into it…and why maybe we should.