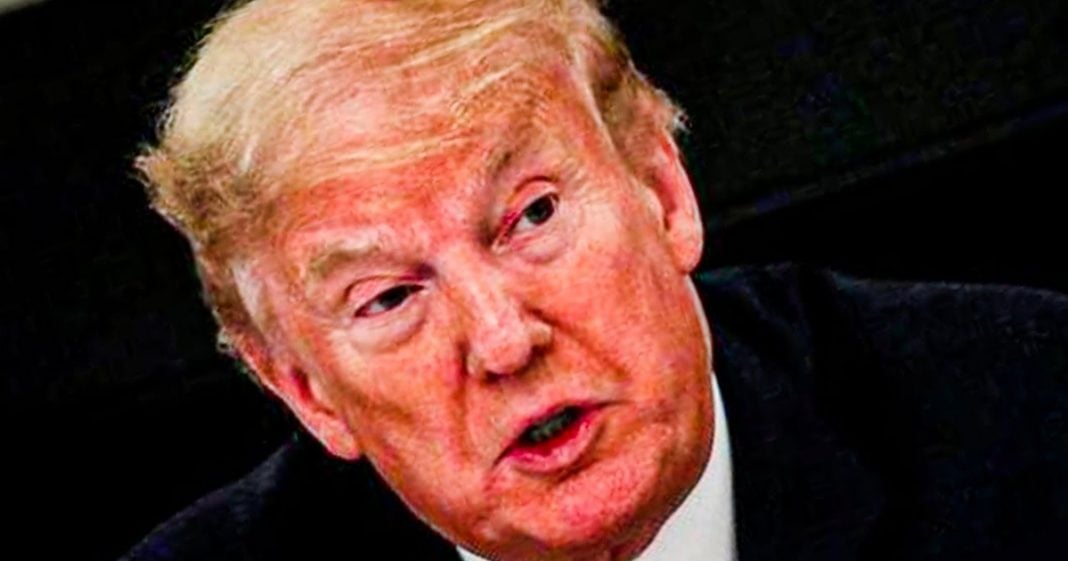 If Donald Trump had divested from his businesses right before taking office, he would be more than $1 billion richer than he is today. Even though he used the federal government to funnel money into his companies, it still didn’t make up for the massive losses that his businesses were taking. But had he sold off his holdings in the beginning, he would have made a ton of money before everything hit rock bottom. Ring of Fire’s Farron Cousins discusses this.

Donald Trump tried to enrich himself as much as possible while he was serving as president of the United States. And according to a new report, he didn’t really do a good job of that because even though yes, he held events at his properties. The secret service was paying tens of thousands of dollars a year, just to rent golf carts, to watch him on the golf course. They were renting rooms at Mar-a-Lago, foreign officials were staying in his hotels, all of that all because he was president, but it still didn’t stop him from losing a third of his net worth, according to Forbes, during his time in office. Now here’s what’s very interesting. Forbes also pointed out that if the man had divested before he took office, if he had divested all of his holdings, he would be more than $1 billion richer today than he currently is. So his greed, his unfettered, uncontrolled love of money and greed cost him over a billion dollars over the past four years.

Here’s the way they explain it. From the time he entered the white house in January, 2017 to his departure a few months ago, Donald Trump’s fortune fell by nearly a third from 3.5 billion to 2.4 billion. If he had sold everything on day one, paid the maximum capital gains taxes on the sales, then put the proceeds into a conflict free fund tracking the S&P 500 Trump would have ended his presidency an estimated $1.6 billion richer than he is today. So not just 1.6 billion richer than he is today, but that would also be half a billion richer than when he took office. So it would have been a net benefit of $500 million. All he had to do was not be a greedy SOB. He thought he was making the right investment. And that kind of shows you how bad this guy really is at business. Because after all this was a business decision, it should have been a legal decision that he had no choice in the matter. But you know, that’s a conversation we’ve actually had on many other days. But anyway, he said, do I divest? Do I hold it?

Now if I hold it, I can control it and if I can control it, I can steer it and I can steer other things towards it. And he thought that was the best move, even though I’m sure if his financial advisors are worth a penny at all, they had to have told him what Forbes here is now reporting, because if Forbes understands this, then they understood it. Obviously they wouldn’t have known what the difference financially would have be, but they would have presented, hey, we put it in a, you know, no stress, no fuss, no muss, no problem fund tracking the S&P 500. I don’t know, by the way, what that even means. But the financial people know what it means. Apparently it’s a thing, whatever, it would have made him more money, but, but, but he got too greedy. He was Icarus, right, flying too close to the sun and the wax on his wings melted and he came crashing back down to earth, a billion dollars poorer. And I can’t tell you, after, after four years of complaining about the fact that this man didn’t divest, it definitely brings a smile to my face to know that had he divested, he’d have more money than today. And that he actually lost a billion dollars, more than a billion dollars, while playing president.