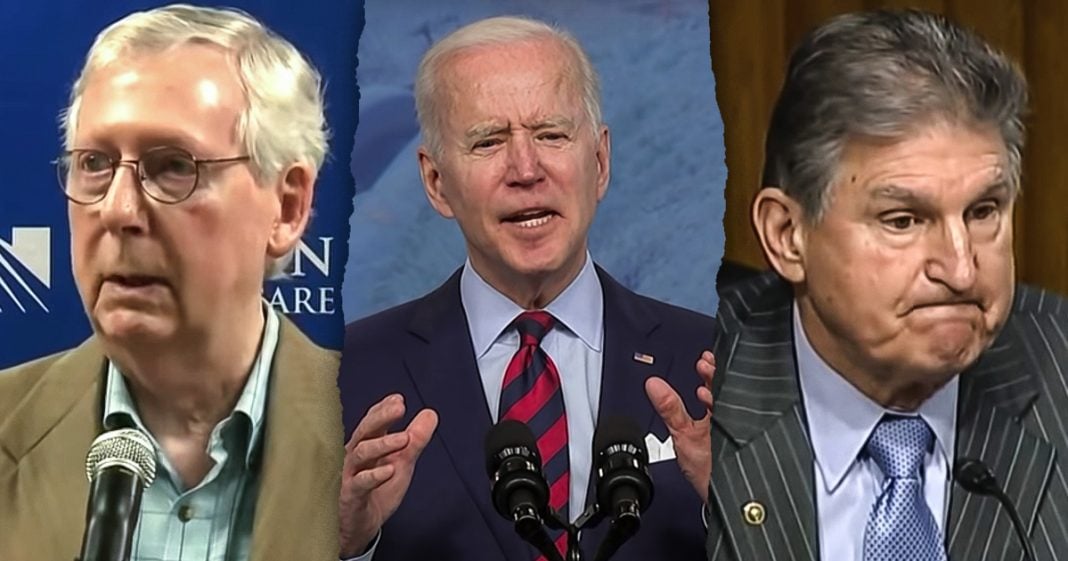 Mike Papantonio:             The Biden administration has released an ambitious infrastructure plan, but Republicans are united in their opposition to this new plan. You know, really? Well, it’s McConnell again. McConnell’s out there saying, oh, this is a bad idea. It’s almost as if they don’t understand that bridges are crumbling. Roads have, just have to be rebuilt. We have a grid system that no longer works. Our schools are like 20 years behind in sophistication. We’re crumbling as a grid and McConnell says, oh, we can’t spend any money on that.

Farron Cousins:                  You and I were doing segments together, by the way, back during the Bush years about America’s crumbling infrastructure, this is how long the problem has been going on and been ignored. So Biden comes out. He says, okay, I’ve got a $2 trillion plan and we’re going to spend more as the years go on. But right now we’ve got to rebuild the roads, the schools. Put in some high speed rail, rebuild our energy grid to handle the renewable energy we want to invest in. To put it another way, I’ve got this great plan. We’re going to spend a lot of money and create a lot of jobs.

Farron Cousins:                  And then we had earlier this week, in addition to McConnell, Joe Manchin, he comes out and he says, I’ve got seven other Democrats with me who don’t like the idea of taxing corporations. So we may not support this either. So, so they, they want to protect the corporate profits and screw us out of thousands of jobs.

Mike Papantonio:             Yeah. So as, as, as we see everything crumble around us, these corporations that they don’t want to tax are hiding billions of dollars offshore, along with not, along with paying minimal, minimal taxes. And as we look at this, this is an opportunity for him to deliver on what he talks about and that is to bring green energy. This is part of the infrastructure, bring green, green energy to this country and put a lot of people to work. You can put a lot of people to work with this. But you know, McConnell the turtle man, I got to tell you some things never change. Farron, thank you for joining me. Okay.