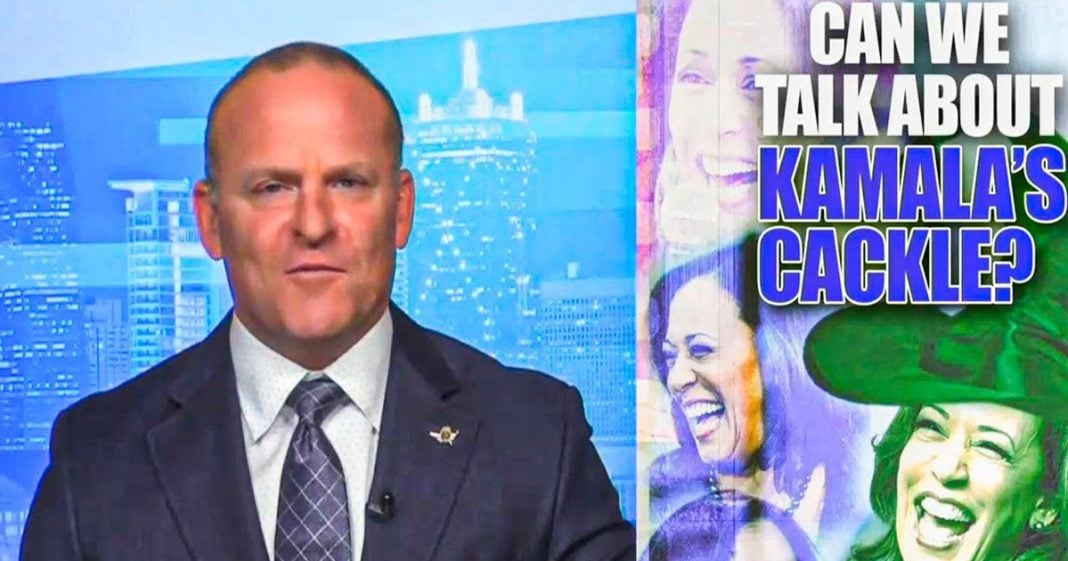 Newsmax is apparently already out of things to talk about, and on Wednesday they ran an entire segment where the host pathetically attempted to mock Vice President Kamala Harris’ laugh. Dubbing it “Kamala’s Cackle” the host compared her to various different witches from pop culture, all while not providing a single substantive argument or point throughout the entire segment. Ring of Fire’s Farron Cousins talks about this disgusting piece of trash that conservatives call a “news network.”

Do you know how you can tell when conservative media is essentially out of things to talk about? That’s when they start going to the real stupid talk. Remember with Obama, it was, oh my God, he wore a tan suit or, oh my God, he eats arugula in his salads. It’s because they didn’t have anything of substance to attack the guy on because he actually turned out to be fairly conservative. And it turns out conservative media is having the same problem with Joe Biden and vice president Kamala Harris, because hey, the few things they’re doing that are good for the public are hugely popular, including among Republicans and then the other things they’re doing are actually rather conservative. So they can’t really attack them on that front. So they go to the stupid talk is what it is. And yesterday Newsmax went to quite possibly the stupidest talk of all by devoting an entire segment to mocking vice president Kamala Harris’s laugh. Take a look.

Grant Stinchfield:             So it got me thinking about Kamala’s cackling. All Right. She is probably going to be president sooner rather than later. All right. She’s supposed to be the leader all women should look up to. But all I can actually remember her doing since taking office is cackling at the most strange moments too. Watch.

Grant Stinchfield:             Oh, it’s not even funny. So I was racking my brain watching those clips right there, trying to figure out who in the heck does this woman remind me of. And then I realized she’s from out West and it hit me.

Um, we cut that clip off right there at that point. He then shows clips of Wizard of Oz and other famous witches through pop culture. Here’s the thing, the reason he is doing this is because he has nothing of substance to talk about. You know, sure, we can talk about how stupid it is for him to be like, look here’s clips of her laughing. Then here’s clips of witches laughing. Clearly she is a witch. No, that’s so stupid that we don’t even need to address that. But these are the pathetic depths to which conservative media is being forced to sink because they have nothing to talk about because they are in fact that stupid. There’s plenty of things that you could criticize this administration for. If you want to talk policy, if you want to disagree with what they’re putting out, do that. That’s a easy segment to run.

But the hosts and the producers that they have over at Newsmax are absolute blithering idiots who don’t belong in the media industry whatsoever. Here’s the thing, folks, somebody put that scene together. Okay. Somebody at Newsmax had the task of going through, finding every single clip they could of vice president Kamala Harris laughing, and then put them together in that super cut. Somebody did that. Somebody went home from work that night after doing that and said, hey, guess what I got to do at work today? Wow. What a show it is over there at Newsmax. At least I hope that’s the conversation they had with somebody after leaving work that day, because that’s the conversation that should have happened. This is idiotic. Again, there’s plenty of things to criticize quite possibly any politician on the planet for. But them laughing at jokes when they are told jokes, is never one of them.