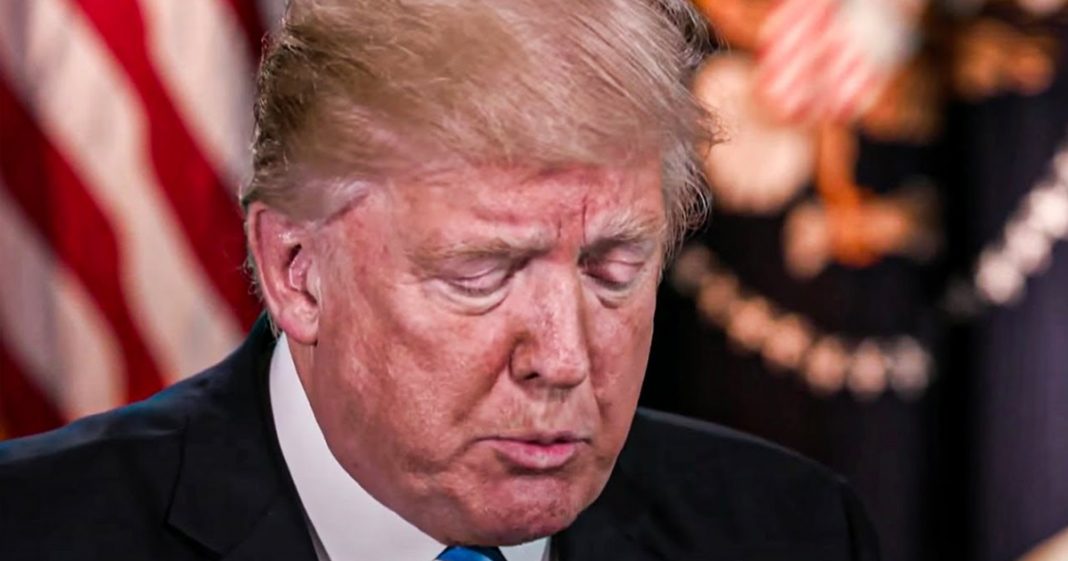 A poll conducted from January to March shows that Democrats now hold a 9-point advantage over Republicans in number of voters affiliating with their respective parties, thanks in no small part to the disastrous presidency of Donald Trump. The events of January 6th certainly didn’t help the Republicans, and the efforts of the Biden administration to deliver some results for the people is also giving the Democrats an edge. Ring of Fire’s Farron Cousins explains what’s happening.

According to a new Gallup poll conducted over the past three months, the share of voters who identify as either Democrat or lean Democrat, now have a nine point advantage over those who identify as either Republican or lean Republican. 49% said they’re Democrat or lean Democratic, 40% Republican lean Republican. So nine point advantage for the Democrats, which by the way, is in fact, one of the largest advantages that Democrats have had in over a decade in this kind of polling. And here’s the thing. It’s not because everybody in this country said, hey, look, Joe Biden won, I’m going to go be a Democrat now. I’m going to hop on, you know, the bandwagon here. That’s not what happened. What happened was that the Republicans lost ground. So all those stories that we talked about, you know, February and March, about all these Republicans leaving the Republican party, you know, Pennsylvania, Colorado, Arizona, Nevada, all these Republicans switching their voter registrations.

It had a huge impact on the Republican party. And the reason I point that out is because a lot of people said, oh, well, what’s 10,000 people in this state or 5,000 in that state. You’re looking at the numbers now guys, it dropped Republican party identification down to 40%. So yes, that is a good distinction that we do have to make. It’s not because people suddenly love Democrats, why their numbers went up. It’s actually because people hate Republicans. So their numbers went down. But the good news for Democrats is that Republicans aren’t doing a thing right now to make voters like them anymore. In fact, they’re still embracing Donald Trump. I mean, they’re all heading down there in a day or two for that big donor retreat at Mar-a-Lago. So that’s really not a good sign for all of these disaffected Republicans that the party is still doing the thing that they left them for doing.

Not to mention the fact that you have conservative media led by Tucker Carlson, trying to repaint what happened at the January 6th insurrection as some kind of weird misunderstanding that the media manipulated. And he’s doing that, by the way, each night, by not showing us actual footage of what happened during that riot at the Capitol building. So these disaffected Republicans have not been offered anything from their party to return. So they have no incentive to come back to the party. Meanwhile, the Democrats, what do they got? They got a highly popular infrastructure bill. They gave voters money, $1,400 a piece. That was hugely popular. Biden’s pandemic response is viewed positively by a vast majority of Americans. They like what they’re seeing right now.

They don’t like what they’re seeing with the Republicans. So if this trend continues and that’s a big if, the Democrats are going to sail to a very easy victory in the 2022 midterms. But the caveat there is that the Democrats have to continue to give voters something to vote for rather than something to vote against. Because as we have seen far too often, when it comes down to the wire, people will always waver on the voting against something as opposed to the voting for something. So keep delivering for the public Democrats if you want to win in ’22, otherwise these poll numbers are likely to shift around within the next 12 months.