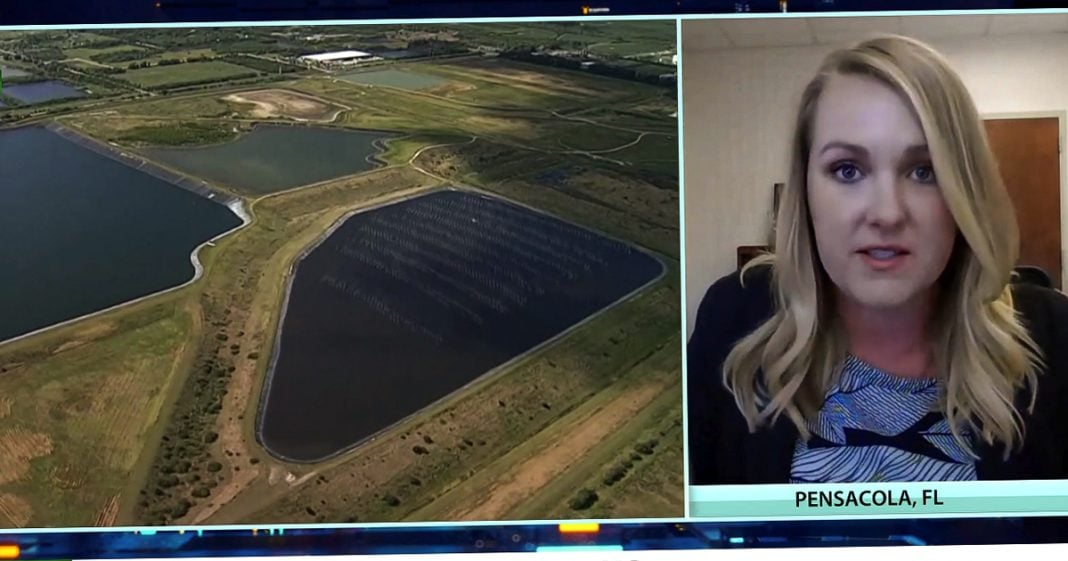 Via In Question: A portion of the containment reservoir wall located at the former Piney Point phosphate processing plant in Tampa Bay, Florida has a “significant leak,” state officials said, with the possibility that its collapse would send a 20-foot wall of contaminated water gushing out. Governor Ron DeSantis declared a state of emergency in Manatee County, as crews worked around the clock to try and stop a total collapse. Sara Papantonio, associate attorney at Levin Papantonio Rafferty, weighs in.