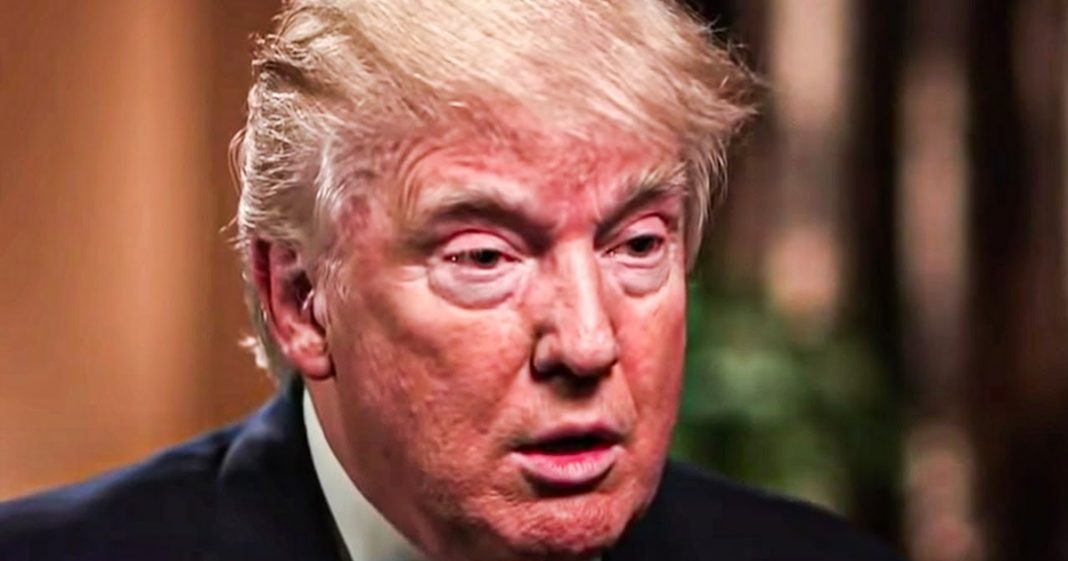 There are currently TWO grand juries investigating Donald Trump’s actions in Georgia, and that means that there are likely two separate criminal actions that could take down the former president. One grand jury is trouble enough, but the fact that two are looking into his actions really is an alien concept. It is likely that there is much we don’t know about these investigations, but everything eventually comes out in the end. Ring of Fire’s Farron Cousins discusses this.

It’s very likely that Donald Trump’s legal problems in the state of Georgia are far worse than most of us even realize. Earlier this week, it was announced that there is not one but two grand juries investigating Donald Trump’s actions in the state of Georgia, Georgia, and that’s, that’s virtually unheard of. You typically do not get two separate grand juries convened to look at somebody’s potential criminal activities in a certain area, or regarding a certain topic. You know, even the Mueller investigation, the Mueller grand jury went after multiple different people on multiple different things and it was still the one grand jury. But over in Fulton County, Georgia, they got two, which tells me I could be wrong because we don’t know exactly what these grand juries are looking at. We have very good ideas and we do know some things, but we do not know why the divergence.

So here is the possibilities. First and foremost, one of these grand juries is 100% looking into whether or not Donald Trump actually attempted to interfere with the Georgia electoral process. And that stems from the phone call where he told them, go find the votes. And as I always say, it depends on how you interpret the phrase, go find the votes. It could either mean, hey, look, you’ve got, you guys still got boxes of ballots to count, go find the votes, or it could mean, hey, I need to win this state. So, uh, go find the votes. I hope I never have to make that gesture on a video again, but either way, it’s looking now based on more of the content of these phone calls coming out, that it was the latter. It was the, you know, wink and a nod, go find the votes type thing.

So one of the grand juries is undoubtedly looking into that to see if he broke Georgia’s election laws. The second one, I imagine at this point is looking into the RICO. So I, I, again, this is total speculation because we don’t know who’s doing what. I’m just laying out possibilities. One of them definitely has to be looking into the phone calls and whether or not he interfered with the election, because that’s the big crime. So it would make sense for the second one to not be focusing necessarily on him committing that crime, but on the RICO aspect of it, because let’s not forget, they did bring in the investigator slash prosecutor who’s an expert in RICO. So his name is not Enrico. He is an expert in RICO. The way I said that kind of sounded weird. So I apologize. So anyway, you’ve got this expert on RICO cases and what that is is the conspiracy. Was there a conspiracy among Donald Trump and all of his associates to interfere, or worse, in the Georgia election?

And we know that this one ropes in lots of different people, Rudy Giuliani is one of them. Lindsey Graham is on that list as well. So the second grand jury might actually be looking into all of the individuals on a RICO basis to see if you can charge all of them with the same crime, because that’s what a RICO is. It was enacted to help take down the mafia in order to, you know, we could charge one guy with a thing, but we couldn’t get everybody else. Well, RICO says, if you can charge one, you can charge them all. So that could be the possibility. We don’t know. We likely won’t know until these grand juries have finished or at least we get some reports out of them. But one thing we do know, according to new reports, is that apparently these grand juries are getting ready to start issuing subpoenas. So that’s when the fun’s going to begin. And if we start seeing subpoenas, go out to people like Lindsey Graham, that’s a pretty good indication that my RICO hypothesis is correct.