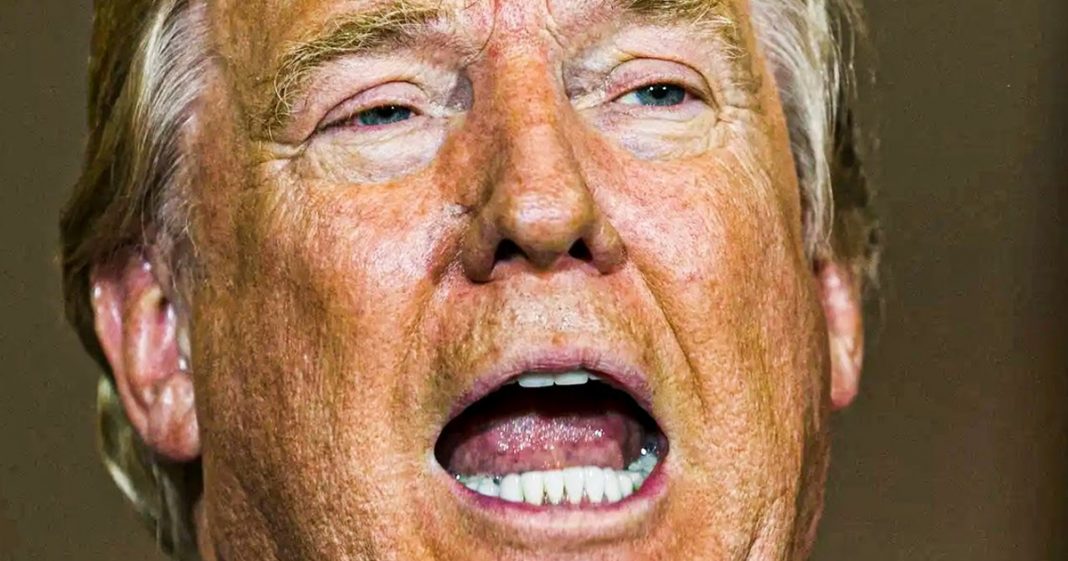 Donald Trump lashed out this week at Drs. Anthony Fauci and Deborah Birx after interviews last weekend revealed that Trump had silenced the doctors during the pandemic because he didn’t like what they were saying. He called the two names, said Fauci was a notorious “flip flopper” and said that they were lying about what actually happened during his pandemic response. But the numbers don’t lie, and Trump was a complete failure across the board in his pandemic response, as Ring of Fire’s Farron Cousins explains.

This past weekend, there was a major report on the news, Dr. Deborah Birx going out there saying that she had been muzzled by Donald Trump, censored actually is the word she used. She was not allowed to go out there and tell the American public the truth about the pandemic, because it ran counter to the narrative that Donald Trump was trying to push. She also says that he personally called her and expressed his disappointment, I guess you would call it, in her attempts to push the truth. So after this airs, Donald Trump, this past Monday issues another one of his idiotic press releases from Mar-a-Lago where he took aim, not just a Dr. Deborah Birx, but also at Dr. Anthony Fauci as well, because why the hell not? Here’s what Donald Trump had to say about the pair. Dr. Birx is a proven liar with very little credibility left. Now look, before I continue, I’m not going to, I’m not going to argue that point.

Deborah Birx in spite of her attempt to redeem herself in this interview this past weekend, she still went along with Donald Trump’s lies and she pushed many of them herself. So it is kind of funny for him to say, she’s a liar with no credibility. It’s like the only reason she destroyed her credibility is because she parroted what you said. So that’s kind of a hilarious self-own there for you, Trump. He continues. Many of her recommendations were viewed as pseudo science and Dr. Fauci would always talk negatively about her and in fact would ask not to be in the same room with her. The States who followed her lead, like California, had worse outcomes on COVID and ruined the lives of countless children because they couldn’t go to school. Dr. Fauci is also the king of flip flops, which actually would be a pretty cool title down here in Florida. Right? You got to say like, yeah, dude, he’s the king of flip flops. You know, the layed back. All right, sorry.

Dr. Fauci is also the king of flip flops and moving the goalpost to make himself look as good as possible. He fought me so hard because he wanted to keep our country open to countries like China. I closed it against his strong recommendation, which saved many lives. Yeah, here’s the truth, man. Half a million people died because you were so incompetent and the one thing you continue to brag about, you’re bragging about it on your new idiot website and you bragged about it the whole time, is that I shut down, I didn’t let people come in from China. That’s literally the only thing that you brag about in your entire pandemic response, I was show, I didn’t let people come in from China, hmm. Look at me. I’m so great. By the time you would even put that in place, by the way, this thing was already covering Europe. So your little ban on people from China did absolutely nothing. Now, if you had to shut down the borders to everybody, you know, if you’re out of the country, you cannot come into the United States. We could have seen some progress there.

And of course it wouldn’t have been as ridiculously racist as your China ban, but it wasn’t about actually protecting America. It was about feeding that racism. That’s what you did there and then of course, after that, you did nothing. You let Americans die. You lied to our faces every day, when you were doing your idiotic press conferences and you left the mess for Biden to clean up. So far, he’s doing a pretty decent job of it. We are in the fourth wave though. So we’re seeing a huge spike in COVID cases. A lot of that has to do with the spring breakers and the idiot governors across the country lifting restrictions because they’re just tired of it. So yeah, we’ve got a lot of stupidity in this country, but none of that stupidity would have been possible if you would have taken the national lead on this and issued any kind of national guidelines. But you made the choice not to do that and in your attempt to rewrite your history, you’re trashing these doctors. Not to say that Birx doesn’t properly deserve it and certainly not to say that Fauci didn’t give us a little bit of wrong information from time to time, but nobody screwed this up worse than Donald J. Trump.