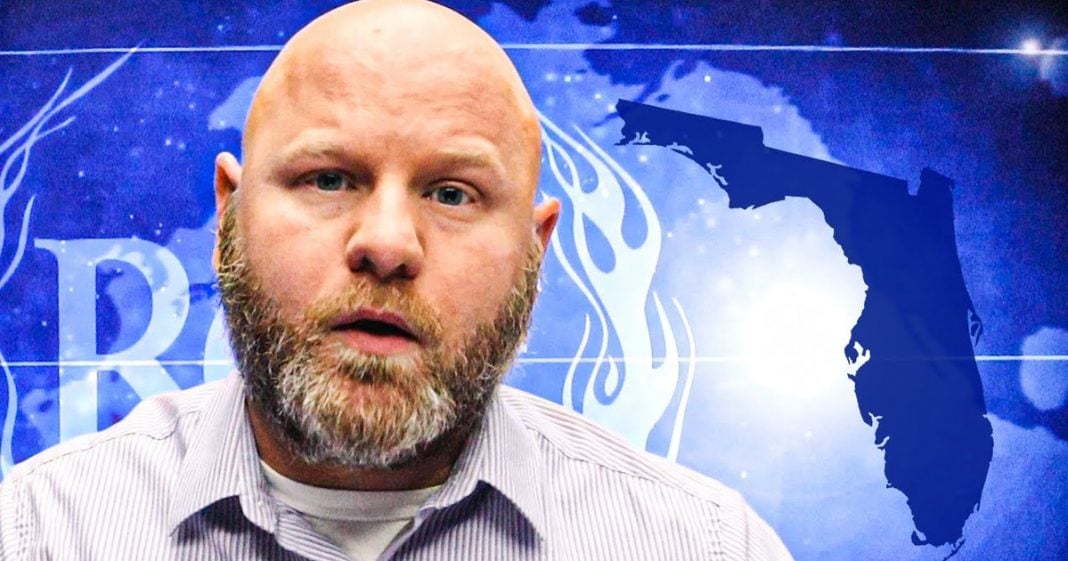 A parent organization is trying to raise money for seniors at a Florida high school by raffling off a semi-automatic rifle. The funds are for the Project Graduation program, but the raffle could not be anymore tone deaf. Events like this only perpetuate the gun fetish that Americans appear to be suffering from, and there are a million other ways to raise money than to give someone the means to murder dozens of people in a matter of minutes. Ring of Fire’s Farron Cousins discusses this.

A group of apparently tone deaf parents in the state of Florida have decided that in order to raise money for high school seniors, for their project graduation at astronaut high school in Titusville, Florida, they’re going to raffle off a semiautomatic rifle. That’s right, as if the United States hasn’t seen enough mass shootings in just the last couple of weeks, as if the state of Florida isn’t still reeling from the trauma of the Parkland shooting several years ago, this parent organization thought it would be a fun idea to raffle off a semiautomatic rifle, you know, to benefit the kids. This is sick, this is disturbing and the worst part is this is 100% legal.

ATF actually says, yeah, you can raffle off a firearm. You can raffle off a semiautomatic rifle. All you got to do is transfer the rifle to an independent organization and then of course, that organization is able to do it and that is what the parents did. There’s a couple other restrictions, not many, certainly not as many as if you were to want to walk into a store and buy one. So it’s a lot easier for a deranged individual to get their hands on a semiautomatic weapon this way than it is for them to walk into their local gun store and purchase one. And these parents think that that’s a smart idea even with everything that’s happened these last couple of weeks. This is a smart idea. It’s for the kids. We as a country have this gun fetish and these parents are perpetuating that. They’re keeping it alive.

They’re keeping it going. You want to feel like a big tough man? You got to buy this gun because you ain’t nothing without this gun. You can’t protect your family without this gun. It’s an insane line of thinking and, and to be honest, this does not affect most people in this country. Absolutely not. It doesn’t even affect most gun owners, but there are plenty of ’em out there who do. They fetish, fetishize these guns, and these parents are feeding right into it. This is sick, this is disturbed and this is disgusting. You want to raise money for kids. There’s about a million other things you could raffle off instead. You’re in the state of Florida, huh? How about a nice hotel on the beach for the weekend? Hmm. Did you ever think of that? How about a day trip down to Disney world or Universal Studios, huh?

How about that? Those would actually be cheaper, by the way, then this firearm was for them to purchase. You could work with any of the theme parks here in the state, probably get them to donate a day pass for two. See what you can raise for that. There’s plenty of other groups in here willing to donate things, to be raffled off. Hell, they get to write it off anyway. So what does it matter? These parents didn’t think. These parents didn’t shop around. They just thought to themselves, well, people like guns, let’s sell some guns so our kids can go have some fun and hopefully they never have to see that gun again. But this is America and who knows whether or not they will and if they do, it’s probably going to be another incident that we’ll all hear about on the news.