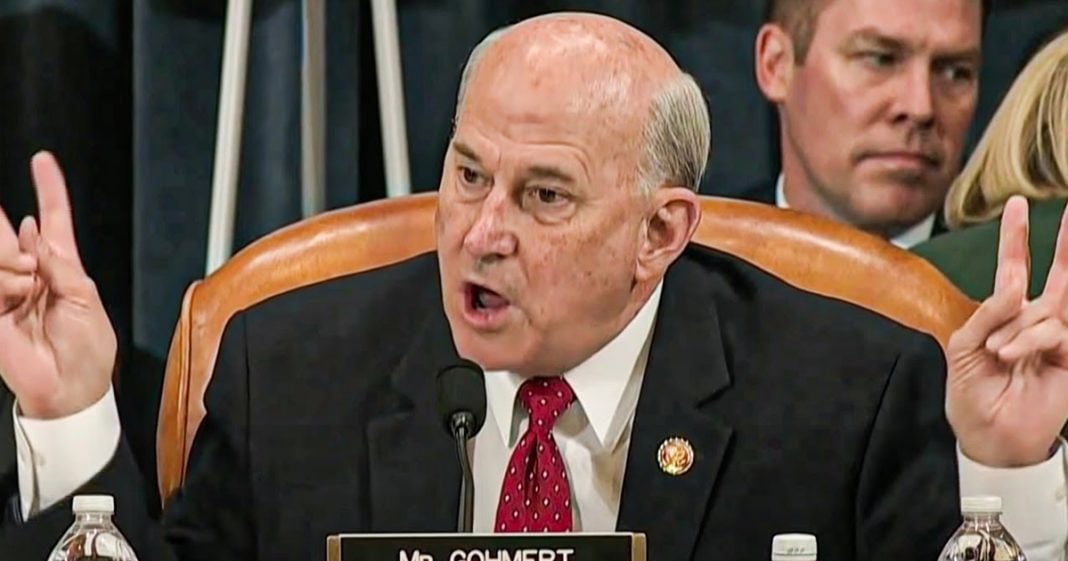 The House Ethics Committee ruled this week that Republican Congressman Louie Gohmert cannot escape the $5,000 fine that he was issued earlier this year for refusing to walk through the metal detectors recently installed at the Capitol building. Gohmert’s stunt was just a move to please his base, but now it is going to cost him some serious money, all because he wanted to pretend to be a big shot for his supporters for a few moments that they likely already forgot about. Ring of Fire’s Farron Cousins discusses this.

The house ethics committee ruled this week that Louie Gohmert could not escape punishment for deciding to skip the metal detectors back in February. As you’ll recall, the January 6th insurrection, the, the security inside the Capitol itself, pretty horrible, virtually non-existent. So after that happened, they said, you know what, maybe I guess it’s time we did something. So they put in some metal detectors and every member of Congress was forced to go through them. Certain Republicans made a big stink trying to play to their base saying, I’m not going to walk through these metal detectors. So Pelosi said, cool, um, every time you don’t walk through it, you owe us $5,000. We’re going to fine you $5,000. So Louie Gohmert decides he’s not going to use the metal detectors. They fine him the $5,000. He appeals it and I’ll talk about his argument in just a moment.

And this week, the house ethics committee said, yeah, you still have to pay the $5,000. We don’t care about your idiotic argument here, Louie, just give us the five grand. So, sorry, it’s such a stupid story, but I love it. Louie Gohmert had argued in his appeal of his $5,000 fine that he wasn’t just, he wasn’t skipping the metal detector. He’d already been through it that day and he just went to the bathroom and, uh, he didn’t think he had to go back through the metal detector after going to the bathroom, because as he put it, there’s no tanks on the toilets for anyone to hide a gun in. Like there is in the movie Godfather. I sincerely wish I was making that up or I was overstating, but that is literally the exact words that Gohmert said. Like, I didn’t think I had to go through the metal detector after leaving the bathroom because there’s no tanks on the toilets for someone to hide a gun in like in the movie, The Godfather.

So it’s not surprising that the ethics committee looked at his appeal and said, eh, give us $5,000, you idiot. Look, here’s the thing. These Republicans wanted to make a big showing of it. I mean, we all remember the, the news stories at the time. They won’t go through the metal detector. Oh, look at this. They’re taking a stand. And then the stories died off, but the fines didn’t, right. Everybody’s already forgotten about the big stink that the Republicans made about the metal detectors. Everybody’s forgotten about the grand standing of the Republicans with the metal detectors. So they’re not going to get any actual political points for that because everybody already forgot about it and moved on. But what they will get is a fine for $5,000. I love that. I love that absolutely 100%, because that’s what these individuals deserve. You thought it would help you out. You thought it would get you a couple, you know, points with your base and maybe it did for a few days. But literally everyone has already forgotten about it and now you’re the one left holding the bill for $5,000.