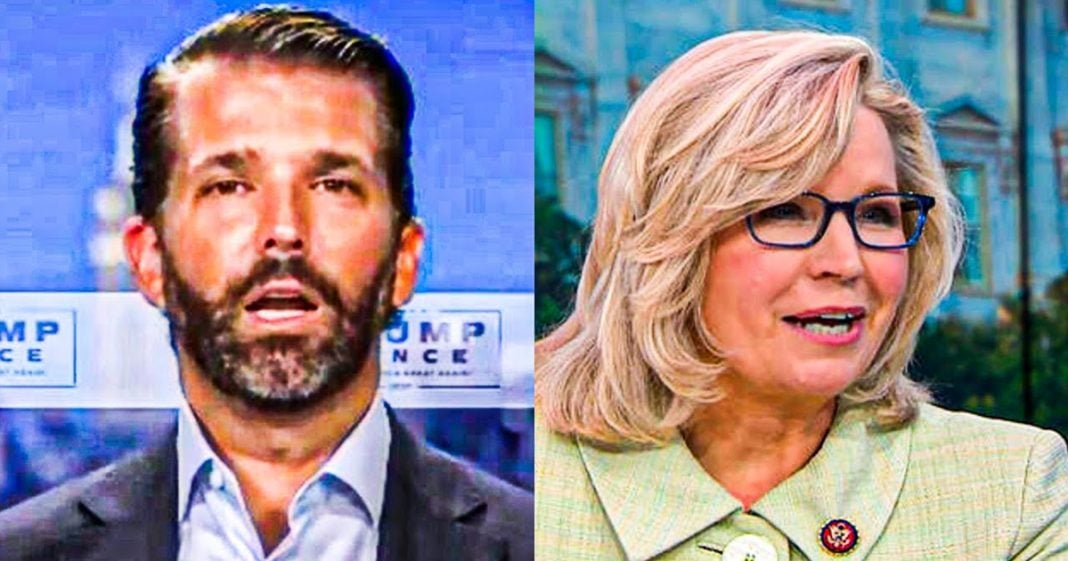 Legislation that was pushed by Donald Trump, Jr. in the state of Wyoming that would have made it easier for primary challengers to unseat Rep. Liz Cheney failed this week. Junior has been trying to get rid of Liz Cheney ever since she spoke out about his father’s actions leading up to the January 6th insurrection, but this effort managed to go down in flames. Is this proof that the Trump coalition is not as strong as they think? Ring of Fire’s Farron Cousins attempts to answer that question.

Donald Trump Jr. Had been pushing a piece of legislation in the state of Wyoming that would have introduced a runoff system to their primaries, which simply means that if any candidate in the primary did not hit 50%, it would then go to a runoff between the top two contenders. The purpose of this was to make it easier for challengers to incumbents, to be able to unseat them in the primary. Obviously, incumbents have a huge advantage in primaries. Challengers typically don’t get a ton of votes in most instances, but they might siphon off enough if there’s enough challengers to prevent an incumbent from hitting that 50%, which under the new legislation would trigger a runoff. Now, Trump Jr had been pushing this legislation because he was hoping that if enacted it would help them to unseat Liz Cheney, who Trump Jr is furious at still, for going against his father and actually voting to impeach him in the house of representatives.

Matt Gaetz has gone to Wyoming, campaigned against Liz Cheney. Trump Jr. Tweeting out support for this legislation, hoping it would pass, hoping they can take her down and it failed this week. It did not pass the state house, it’s done over with, gone kaput. The Trump supporters failed. Here’s what one, and this is actually somebody who co-sponsored the legislation, one Wyoming state representative had this to say. When national Republican politics comes to Washington it further divides and creates the those same difficulties for us. Now, all of a sudden the bill will be seen as, are you a Trump loyalist or not? These weird purity tests will start being thrown around and it’s just more divisiveness that we don’t need in the Republican party or in Wyoming. And again, this was from a co-sponsor of the legislation, right? Your openly saying, God, we hate this. Are you a Trump loyalist or are you not? But you’re the one who’s pushing legislation, put your frigging name on legislation, that is being pushed by the Trump loyalists.

Now I have no problem if they want to introduce a runoff system, I do believe that that makes things fair and helps level the playing field for these challengers. But unfortunately, this legislation, as she said, did really become hijacked. It wasn’t about making thing, things fair. It was about punishing somebody who went against Donald Trump and that is what it became. But this is what’s crazy about what’s happening there in Wyoming. This shows that the power that Trump Jr, Trump himself, that all of these little Trump sycophant have, they think they have, doesn’t exist. If you can’t pull off some kind of victory like this in a state like Wyoming, a deep red state like Wyoming, what chance do you have making it happen in other States, in swing States? Folks, this is a big deal because it shows that a lot of the power that these people think they have isn’t real. When they needed it to materialize it didn’t materialize. That pro Trump coalition is not as strong as they would like us to think it is.