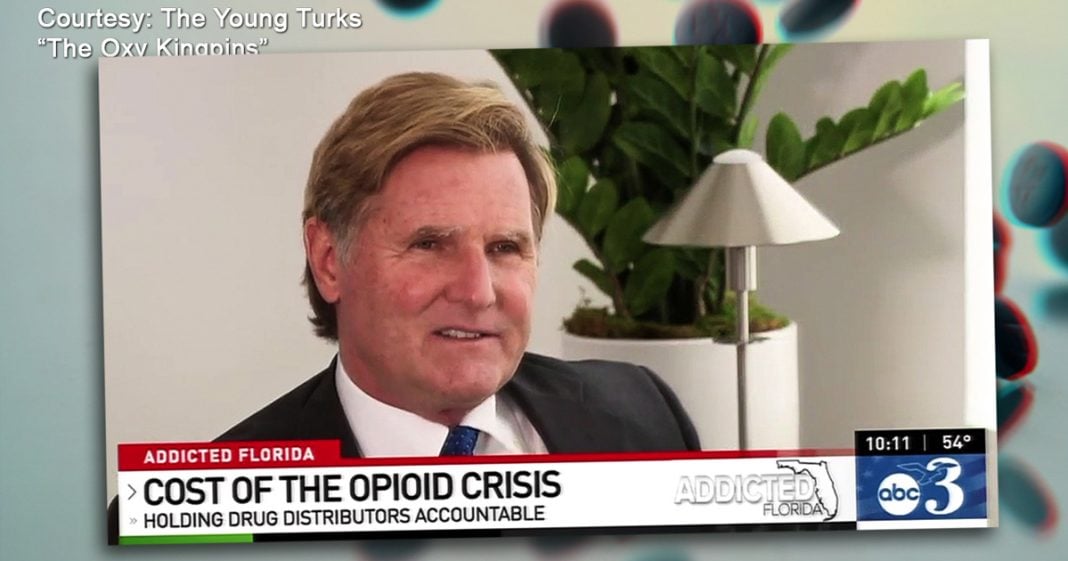 Via WEAR-TV: Lawsuits spanning the country are attacking drug distributors for their role in the opioid epidemic. Many are headed up by Pensacola law firm Levin Papantonio Rafferty. The work is highlighted in a new documentary, featuring Mike Papantonio, which debuted at the South by Southwest Film Festival.

Bob Solarski:                        Tonight we continue our series called Addicted Florida. New research says the US is on track for a troubling trend for the opioid epidemic. The centers for disease control says 19,416 people died from a drug overdose in the US in the first three months of 2020. That’s up 16% from 2019 and those numbers are continuing to climb. If the trend holds, experts say the US is on track for a new all-time record for deadly overdoses. Lawsuits filed in federal court, argue big manufacturers and pharmacies are responsible. Channel 3’s Olivia Iverson sat down with Mike Papantonio, one of the lead attorneys in the case, in tonight’s Addicted Florida.

Mike Papantonio:             They produced it, understanding that they were lying to the American public, lying to doctors about the safety of the product.

Olivia Iverson:                     Lawsuits spanning the country, attacking drug distributors for their role in the opioid epidemic. Many headed up by Pensacola law firm, Levin Papantonio Rafferty.

Mike Papantonio:             The manufacturers, the distributors, the big store pharmacies. They’re all part of it.

Mike Papantonio:             You know, the movie Oxy Kingpins focuses on the idea that you can have all of the drugs manufactured that you want, but you have to have the distributors that’s distributing the narcotics.

Olivia Iverson:                     In a long list of distributors, the lawsuits take on McKesson, AmerisourceBergen, Cardinal health, Purdue pharma, and more, but this nationwide case taking on distributors, manufacturers and big store pharmacies for tens of billions of dollars hits home here on the streets of Pensacola.

Mike Papantonio:             A city like Pensacola had to add new EMTs. They had to beef up the police. They had to have plans for rehab. How are we going to get these people off the streets? You can walk right down the street here in Palafox, right in Palafox, and see exactly what the ramifications are of, of drug addiction.

Mike Papantonio:             Where we got hit is right here, right in Pensacola, right, right here in our backyard. That’s where the money needs to end up to, to pay for the losses that taxpayers have experienced.

Olivia Iverson:                     At the end of the day, this problem, the toxic sludge as Papantonio calls it, is bigger than their firm. Some trials start next month, but their lawsuits alone will take years and they won’t undo the cultural and systematic impacts of narcotics. From Papantonio, it’s progress, fighting against an issue only increasing during the pandemic. Olivia Iverson, channel three news.