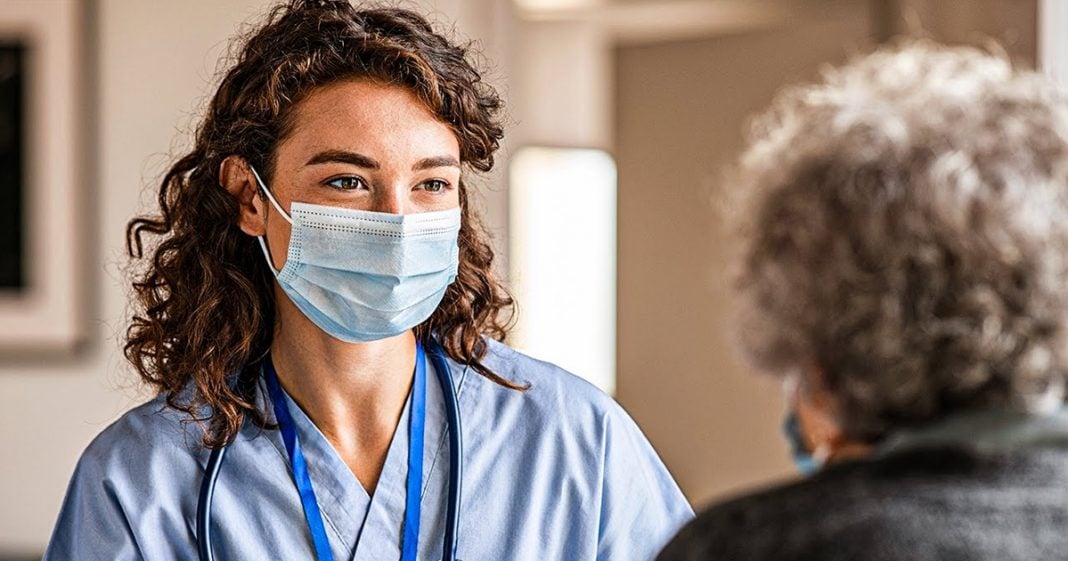 A new study this week says that 46 million Americans would not be able to afford healthcare if they needed it, and the same number say that a member of their household has forgone medical care in the past 12 months due to cost. Our system is killing people, and the deaths won’t end until the American healthcare system is completely overhauled. Medicare for All is the only path forward at this point, as Ring of Fire’s Farron Cousins explains.

This week, a new study came out, jointly by Gallop and West health that showed that 46 million Americans say that they would not be able to afford a medical emergency. Essentially, if they really needed to get healthcare, if it was a dire emergency, they wouldn’t be able to afford it. The same number of individuals and 46 million, again, said that in the past 12 months during the pandemic, they have had to forgo medical care because they simply could not afford it. This, to say that this system is broken, is the understatement of the century. Our healthcare system is beyond broken here in the United States in a way that, that foreigners, they can’t even comprehend how broken it is. They react with shock when they see stories about Americans having to pay for ambulances or pay $10,000 for a hospital visit, they can’t even comprehend that because of how broken our for profit healthcare system is here in the United States. And these 46 million people, some of them this year are going to face medical emergencies and at that point they have to make the choice.

Do we go into tens of thousands of dollars of debt or do we just let it go and let this family member go? That is a tough choice and it’s a choice that the folks in Washington, DC, who are not giving us Medicare For All, they don’t have to make these choices. Right? The people in power don’t have to make these choices. It wasn’t long ago, in fact, it was 16 months ago where I was in a position to where I couldn’t afford my daily steroid asthma inhaler. I’m no longer at that point, thank God. But even with health insurance, the copay on that was $250 a month. I couldn’t afford it and the price of it has actually gone up. The price of most medications here in the United States continues to go up even ones where that have been around for 50, 60, 70 years, the prices continue to go up. Why? Because they can. Because the free market doesn’t actually work for the healthcare industry. Our premiums continue to go up. Our out of pocket costs continue to go up. Hospital corporations gobble up more and more doctors offices and clinics, and they charge us more because of that. There is one path forward and one path alone, and that is Medicare for all, universal health care, whatever you want to call it.

But zero cost at point of service healthcare is the only way to fix this problem. The healthcare industry from the insurers to the drug companies, to the hospital corporations, to the individual doctor’s offices, they have had decades to watch as Americans struggle to pay for their healthcare. They have had the opportunity to lower their costs, but doing so would reduce their profits, a little bit. They’re still more profitable than ever. But they didn’t want to let go of those profits. It’s not because the cost to them were increasing, it’s because they were putting more money in their own pockets. If you don’t believe me, why don’t you go and look at the CEO compensation for groups like blue cross blue shield and Aetna and all these other major insurers or the drug company CEOs. Look at how much they’re putting in their pockets every year and then you tell me that any of these price hikes are necessary. Our healthcare system in the United States was hijacked years ago by greed and the only way to fix that, the only way to kill that greed monster, is to dismantle this industry and put in universal health care.