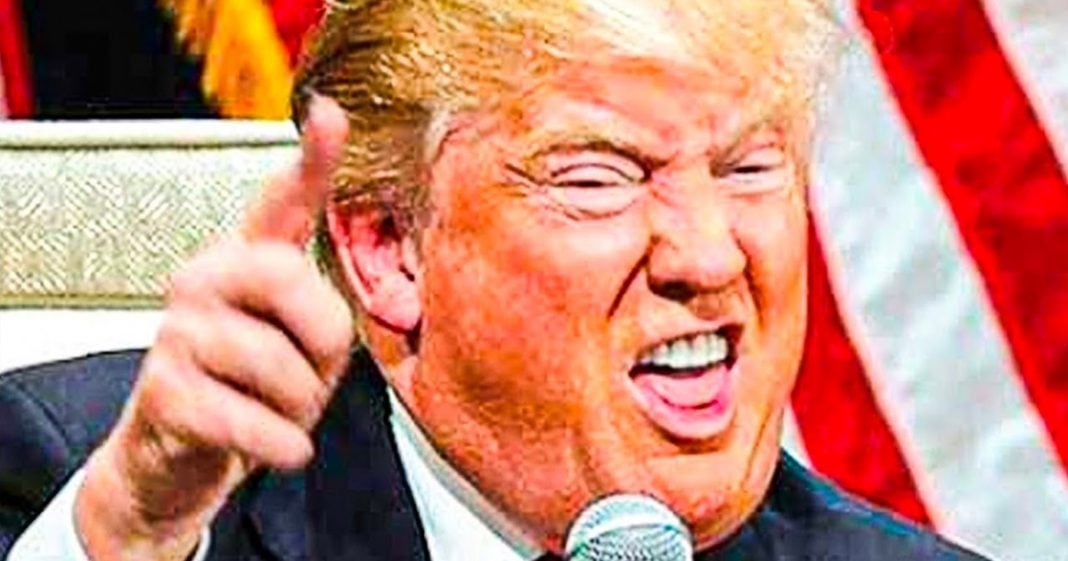 A federal judge this week issued an unpleasant ruling for Donald Trump, saying that the non-disclosure agreements that he forced staffers to sign during his 2016 campaign were no longer enforceable. Trump has been making people sign these NDAs for years, both during his political career and his business career, and he uses them to prevent anyone on the outside from seeing how dirty and rotten his life really is. Ring of Fire’s Farron Cousins discusses this.

More bad legal news for Donald Trump this week, if you can imagine, as a federal judge, a conservative appointed federal judge, the guy was appointed by George W. Bush, ruled this week that the non-disclosure and non-disparagement agreements that Donald Trump forced his staffers to sign as part of his 2016 presidential campaign were so vague that they cannot be enforceable under New York contract law. And therefore these NDAs, the non-disclosure, null and void. That’s a pretty remarkable court ruling and that is one that I’m sure Donald Trump is not happy about. Now let’s get to the vagueness part of this first, before we talk about what this could mean for Donald Trump. Let’s talk the legal rulings, right? All right. So under New York contract law, if you have a non-disclosure agreement, it has to be very specific. You have to lay out how and why certain things cannot be said. You have to be specific about what kind of things cannot be said, what kind of information cannot be divulged. And if you do not do that, you know, vagueness is going to get you in problems in court.

So these NDAs that Donald Trump had were basically unlimited, as the court ruling said, to the point where you just straight up said, you’re never allowed to tell anybody what happens while you work for us. That’s, that’s, that’s not how an NDA works. You have to have a legitimate reason telling these people, you’re not allowed to tell anybody how this works, because this is proprietary, you know, intellectual property. You know, you’re using the secret formula, whatever it is, like, things like that with non-disclosure agreements, totally understandable. Working for a presidential campaign? No, no, there’s nothing. And I think that’s what the judge really wanted to say, but he understood that he couldn’t. Here it is directly from the ruling, the campaign’s past efforts to enforce the non-disclosure and non-disparagement provisions demonstrate that it is not operating in good faith to protect what it has identified as legitimate interests. The evidence before the court instead demonstrates that the campaign has repeatedly sought to enforce the non-disclosure and non-disparagement provisions to suppress speech that it finds detrimental to its interests.

And that’s the problem that Donald Trump is going to be unhappy about, right? He doesn’t want people talking about the campaign because he doesn’t want everyone to know what happened behind the scenes. That is why he made his campaign staffers sign the NDAs. That’s why the White House staffers had to sign NDAs. That’s why people who work for the Trump organization have to sign these documents. It’s not because he’s worried they’re going to sell his secrets. The dude doesn’t have secrets. He’s a very public person. But what he does have is horrifying behavior behind the scenes. I guess that’s a secret. When I say secrets, I mean like business secrets, there’s no business secrets. There’s no secret recipe. There’s no secret formula. There’s none of that. But there are personal secrets about what a horrible human being he is and that is what he did not want these staffers telling the public. Well, the veil has been lifted. The NDA has been nullified and I have to imagine there’s plenty of people after what they’ve seen for the last few years, more than willing to talk. So if you’re a producer at a major network or reporter with a paper, pick up that phone and start dialing until you get somebody willing to say something.