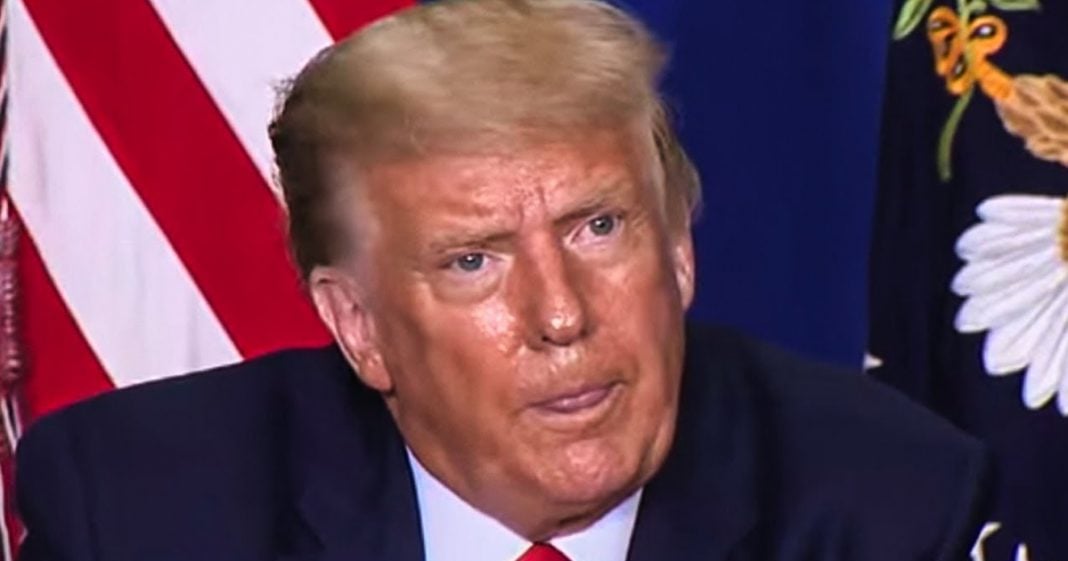 Dominion Voting Systems has filed a flurry of defamation lawsuits in recent months, and the company says that they aren’t done yet. They hinted this week that they could be filing defamation lawsuits against former President Donald Trump in the near future, and they are currently looking into what that would take. They could also be bringing more lawsuits against some of Trump’s friends at Fox News. Ring of Fire’s Farron Cousins explains what’s happening.

Representatives for dominion voting systems, admitted this week that they have not ruled out suing former president Donald Trump for defamation and various different reports out over the last 48 hours indicate that the voting system company might actually be putting together a bit of a legal team to figure out exactly how to go after the former president of the United States. Again, there’s lots of different reports on what’s happening, but right now let’s focus on the one part and that is that dominion will not rule out suing Donald Trump for defamation. They will also not rule out suing other media outlets and possibly other personalities for defamation as well. Donald Trump has been one of the obviously largest perpetrators, I guess if you will, of the big lie and the big lie of course, was that the 2020 election was stolen. It was stolen for various reasons, depending on who you ask.

You know, it was the voting machines. It was the voting machine software. It was the voting machine company. It was the mail in voting and yada yada, but all this is focusing on obviously the voting machines. So Donald Trump has mentioned those things in the past. He has gone after the voting machine company. So my question is why even consider it at this point? Why not just do it? You know he will never, ever, ever under any circumstances, issue an apology or a retraction. You know that he knew the truth. He had spoken to too many people who told him to truth, the truth, excuse me. So it would be pretty easy to go ahead and prove actual malice with his statements. So why not just go for it? Go big. Bankrupt the dude. You, you, you really, really have the power to sue this guy. You do not have to worry about it. As of yesterday, Donald Trump is now the defendant already in 30 different lawsuits. That number was 29 yesterday morning. By the end of the day, it rose to 30 as you had Capitol police officers sue the president. So why not make it 31 dominion?

Come on, you can do this. Go out there, file the defamation lawsuit against Donald Trump and of course file it against any other media outlet who also spread the big lie because that’s what has to happen. That’s, that’s how accountability works. If these media outlets get away with telling this lie this time, they’re going to do it again next time. And this was a big one, right? We’re not even talking about them saying you were wearing brown shoes when you were wearing blue shoes. Right? This is them saying that you colluded somehow with foreign powers, whether it’s, you know, Venezuela or China to somehow steal the election for Joe Biden. That is the claim that has been made against these voting companies, including dominion. Sue them all. Sue every single one of them. That’s what has to happen. These outlets have to understand that they can’t just make crap up and put it on the air. Donald Trump has to understand, he cannot just make things up and sell it to millions of supporters. If you do not sue them, they win and you lose. Is that really how you want the 2020 election to end for you? I imagine it’s not.