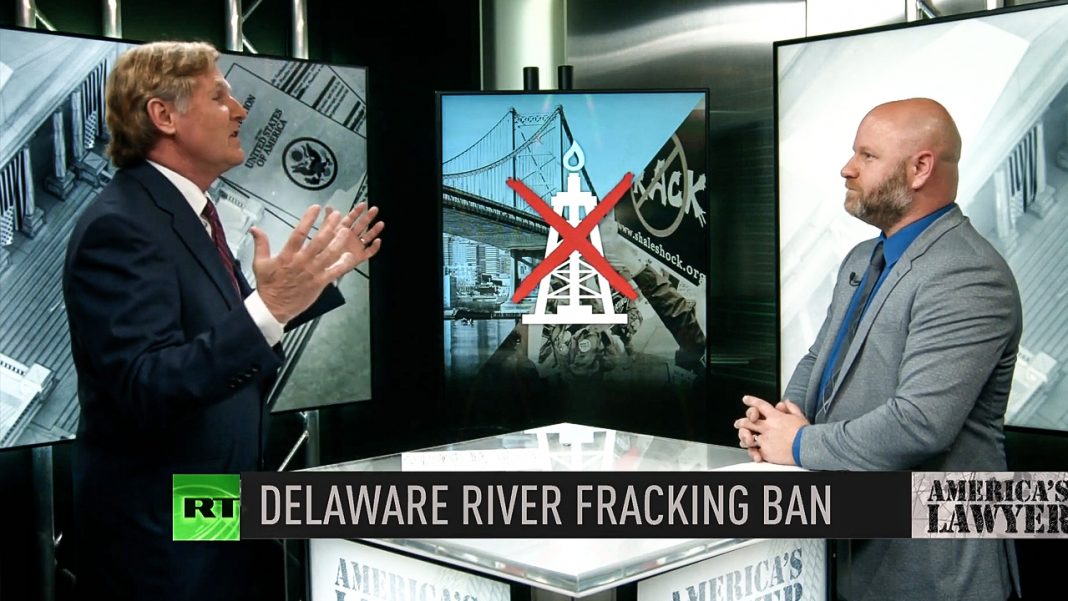 Via America’s Lawyer: Investigators continue probing the Atlanta spa shootings, while conversations about hate crimes and the escalation of violence against Asian-Americans ignite a media firestorm. RT correspondent Brigida Santos joins Mike Papantonio to discuss the ripple effect this tragedy has had across the country. Also, a four-state agency declares a ban on fracking along the Delaware River. Mike Papantonio & Farron Cousins discuss more.

Mike Papantonio:             The Atlanta spa shootings have sparked a national debate over whether to label the murders as hate crime. But while most of the victims were women of Asian descent, police say the shootings, the shooting spree doesn’t appear to be racially motivated. I have Brigida Santos joining me now to talk about it. Brigida, many people in the Asian community just disagree with the police assessment that the murders were not motivated by race. Why do they believe the killing should be labeled a hate crime? Why is that, why is that issue out there? It seems pretty obvious to me, but what is your take on it?

Brigida Santos:                   Sure. Well, police department statistics reveal that anti-Asian hate crimes have increased roughly 150% since the start of the pandemic. The rise coincides with political rhetoric. You know, during the pandemic, several politicians have referred to COVID-19 as the quote China virus or the kung flu. And in recent years, the mainstream political and media establishment has villainized China over its expanding role in global trade. Because of all these factors, many people in the Asian community don’t see the Atlanta shooting as a random attack. The gunmen targeted Asian owned massage parlors, not other businesses and six of his eight victims were women of Asian descent. It’s no secret that Asian women have long been fetishized. So the Asian American community wants the murders recognized as a hate crime, particularly so anti-Asian hate crimes start getting prosecuted and so additional prison time can be added to the shooters sentence if he’s convicted per a new Georgia law. But hate crime charges, unfortunately are rarely issued in crimes against Asian American victims because establishing racist motive against people of Asian descent is very difficult. The simples, the symbols aren’t as clear as they are when you’re labeling anti-Semitic, anti-gay or anti-black hate crimes, for example.

Mike Papantonio:             Well, they’re trying to make it sound like it’s just Southern bubbas that are just doing all the hate, which is so far from the truth. All you have to do is go to San Francisco and see that it’s real there. I mean, they may not think it’s real in Georgia, but it’s real in different parts of the country where it’s totally connected to what you would call hate crimes. Religious fundamentalism is being examined as a possible motive. I’m not seeing that quite so clearly. What can you tell me about that?

Brigida Santos:                   Well, the suspect has confessed to the killings and he told police that he carried out the crimes to eliminate the temptation, the temptation that he perceived from female employees at the massage parlors. And the church he belonged to crabapple first baptist, strictly prohibits premarital sex. And the gunman reportedly suffered from deep shame over his repeated failures to control his sexual urges. He took efforts to stay pure like blocking porn websites from his computer, but ultimately he slipped and visited massage parlors regularly for sex. The gunman told a roommate that he felt suicidal after sinning and said that his salvation was at stake. He was later treated for sex addiction at an evangelical rehab facility. And ex evangelicals have long talked about the dangers of purity culture, which places the responsibility of male purity on women. Some ex evangelicals have even likened purity culture to a form of sexual abuse because it teaches people that their bodies belong to someone else and that if they give into temptation, the consequences could be death or an eternity in hell.

Mike Papantonio:             Yeah. That seems like, seems like a little bit of a stretch. But one thing that is not a stretch in this case, that to me, if I, if, if I’m prosecuting the case, the thing I want to open the, the trial with is the fact of the t-shirts where there’s t-shirts connecting, connecting China to 9/11, that he was wearing around. He, he was advertising these t-shirts. Isn’t that where this begins? I think sometimes the media gets so much in the weeds that they miss the point. The t-shirts tell the story, don’t they?

Brigida Santos:                   Yeah, absolutely. As I said, this goes back to political rhetoric talking badly about China and blaming them entirely for the virus and calling it the kung flu

Mike Papantonio:             Brigida, what I think is most important, it’s one of the important parts of this case, of this, of this case is that the policeman who was doing, who said, this was not a hate crime. He was actually producing t-shirts that were, that had to do with the relationship between China and COVID. I think he was actually manufacturing and selling these t-shirts on his website. So you wonder, you know, this is the guy that concluded no, no hate here. I think that’s an important, an important point. How has the church responded to these murders?

Brigida Santos:                   Yeah, the crabapple first baptist church has expelled the gunman and they say that the shootings were a total repudiation of their faith and practice and that such actions are completely unacceptable and contrary to the gospel. They also make it a point to blame the gunman solely, not the women that he was allegedly targeting and asking for sex.

Mike Papantonio:             As this goes forward, what do you see? Do you see this, there’s some folks out there that are saying that all this attention to the Asian hate crime part of it is going to actually fuel the problem. What’s your take on that?