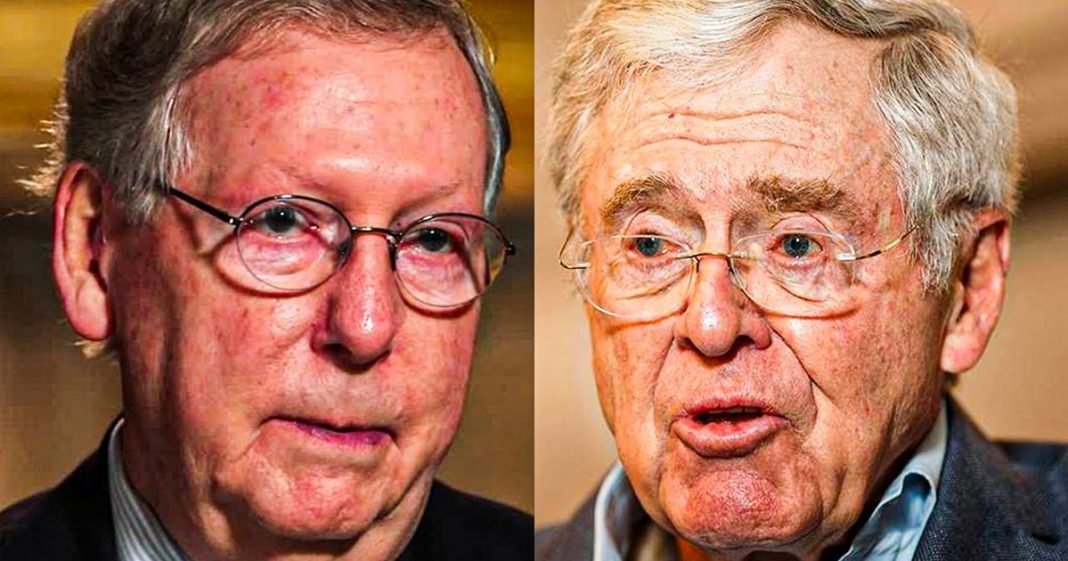 A leaked call from early in January has revealed that the Koch network is working closely with Republican aides, including an aide to Mitch McConnell, to derail public support for the voting rights expansion bill that Democrats are trying to pass. These efforts began even before Democrats took power in Washington, D.C., and Republican groups are scrambling to find a way to kill public support for the measure before it is too late for them. Ring of Fire’s Farron Cousins discusses this and explains why these groups are so desperate to stop it.