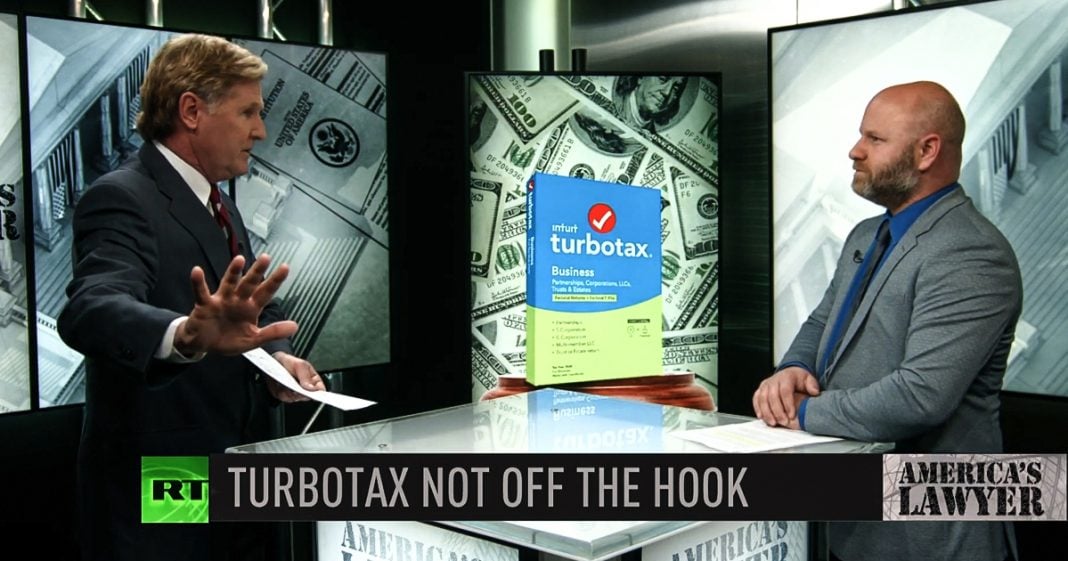 Via America’s Lawyer: Federal legislators pass a policing act in Floyd’s honor which bans chokeholds and reforms qualified immunity so individuals can sue officers that break the law. RT Correspondent Brigida Santos joins Mike Papantonio to explain more. Plus, the company behind TurboTax has been fleecing customers by overcharging for its annual tax software. Mike Papantonio & Farron Cousins discuss more.

Mike Papantonio:             Jury selection has begun in the long awaited trial for Derek Chauvin, the former Minneapolis police officer charged in the killing of George Floyd. Brigida Santos joins me now to talk about this story. Brigida, what charges have been filed against Derek Chauvin?

Mike Papantonio:             You know, Brigida after the, I remember all of the sub stories to this Chauvin cat. I mean, what it painted the picture of this violent punk. I mean, I don’t how else to describe it, I came away thinking what a punk and I mean, I think his wife left him, kind of described him as that. But you looked at the violence that surrounded this guy before this ever happened and you wonder, you know, what’s it gonna take for people who hire police officers to look a little closer? I think we’re going to see a result here in this trial that’s not going to be good for the, for the, for the team. How are people in the city responding?

Brigida Santos:                   Well, tensions have been incredibly high since George Floyd’s death last may and of course they’ve only intensified as the trial is approaching. Demonstrators took to the streets again this week, demanding that police officers be held accountable and over the weekend, violence broke out near the intersection where Floyd was killed, resulting in one fatal shooting. Now the city is on edge and officials are preparing for more possible unrest. They’ve ramped up security around the courthouse where the trial will be held. They’ve erected fences, put up barbed wire and barricades, and the trial is going to be live streamed from Minneapolis. The outcome will be consequential. It’s either going to be a pivotal moment in policing, or it will maintain the status quo.

Mike Papantonio:             Last week the House passed this new police reform bill named after George Floyd. What can you tell me about it? And, what, what do you think the impact is going to be if it goes all the way?

Brigida Santos:                   The Democratic majority House has passed the Floyd justice and policing act. Now, if the reform bill passes as written in the Senate, it will ban chokeholds and no knock warrants in certain cases and prohibit racial and religious profiling. It will also redirect funding to community-based policing programs and establish a national police misconduct registry. But most importantly, in my opinion, is that it aims to reform the federal qualified immunity policies that shield officers from being sued for actions performed on the job. But at least 10 Senate Republicans will have to support the bill for it to actually become law and that seems very unlikely with the current political climate. So we’ll have to wait and see where this goes, but my bet is that it’s not going to go anywhere.

Mike Papantonio:             It’s tough for a prosecutor to lose this case. I was a prosecutor myself and you give me a picture like that with all the surrounding facts, again, this guy has a history of, this, this, this police officer has this awful history of kind of being a violent punk before it happened and some of that’s going to come in. This is, I’m going to call this one as a victory for George Floyd’s widow. Thank you for joining me. Okay.