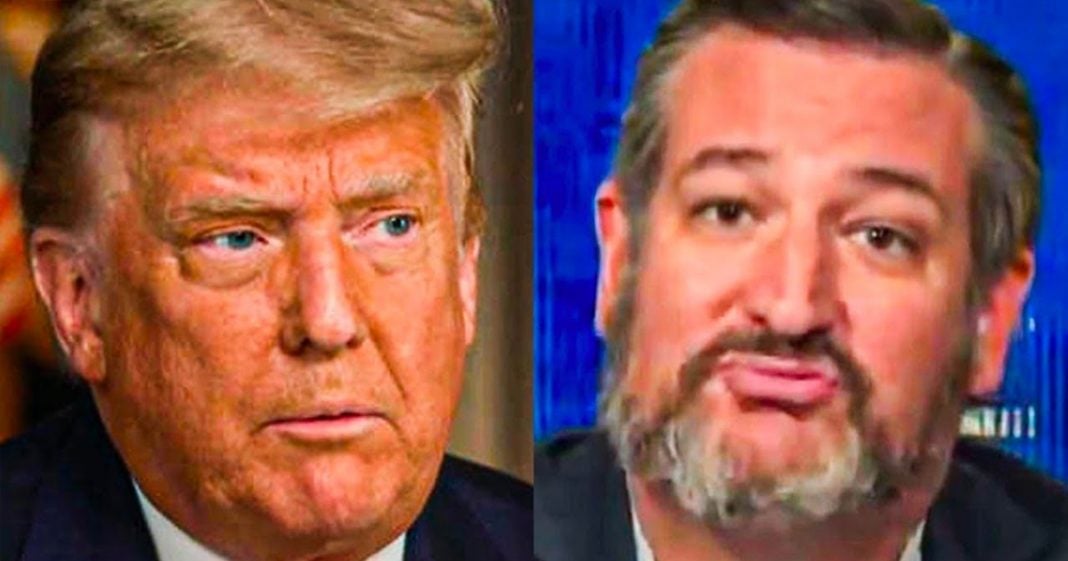 During a recent interview, Donald Trump said that it was Ted Cruz that was “vicious” and “violent” during the 2016 primary, and that Cruz struck against Trump first. This is gaslighting of the highest order, as Trump was the one who insulted every possible member of Cruz’s family tree. But Trump swears that all of that is behind them now, and that they are super good friends today. Ring of Fire’s Farron Cousins explains what’s happening.