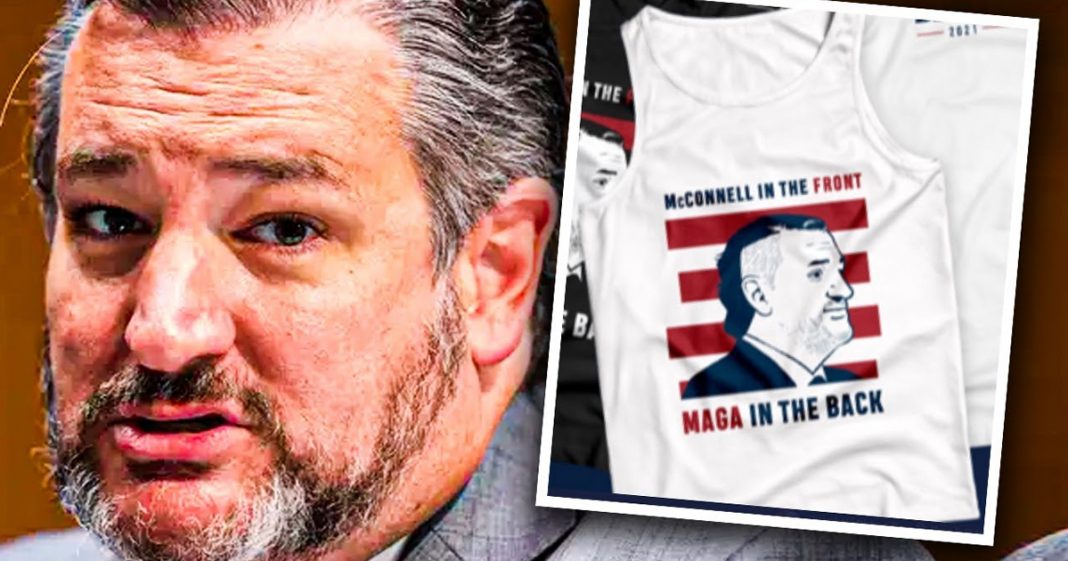 Republican Senator Ted Cruz is selling disgusting Spring Break tank tops featuring a comic-styled version of himself with a mullet hairstyle. The caption reads “McConnell in the front, MAGA in the back,” an attempt to tell Republicans that he is both a classical conservative as well as hard right Trump cultist. This is the most pathetic attempt at pandering that we have seen in a long time, as Ring of Fire’s Farron Cousins explains.