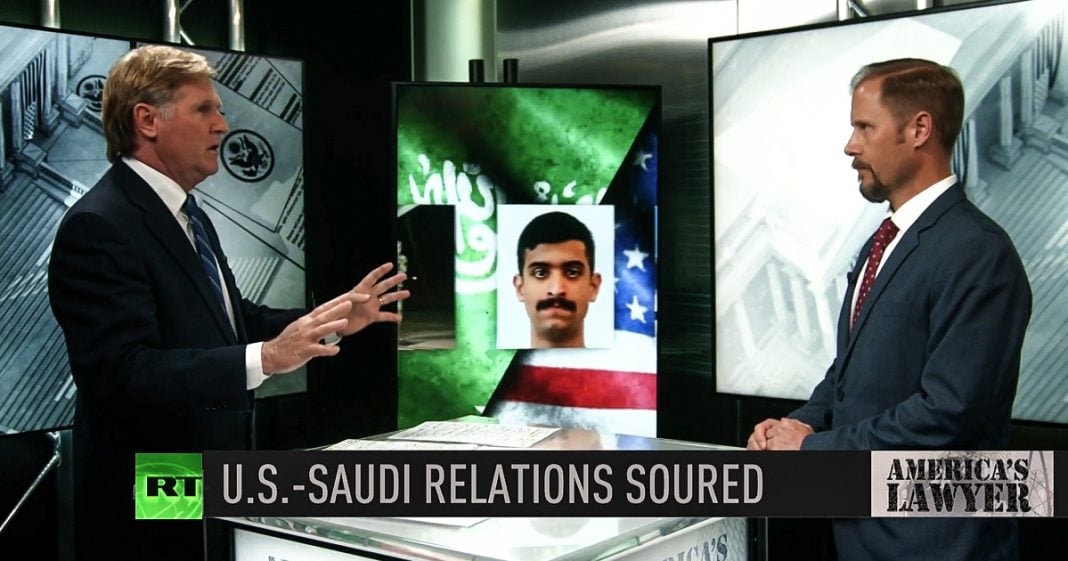 Via America’s Lawyer: The kingdom of Saudi Arabia continues to face lawsuits over its proven connections to terrorist attacks, including the 9/11 hijackings, the murder of Jamal Khashoggi, and the deadly mass shooting at a Pensacola naval base. Meanwhile, U.S. officials remain enamored by lucrative U.S.-Saudi arms deals while turning a blind eye to crimes of the Kingdom. Mike Papantonio and is joined by Attorney Chris Paulos to explain more.

Mike Papantonio:             Yeah. And the fellow soldiers thing, I don’t, I still don’t think has feathered itself out the, on the base. The fact that this wasn’t just one guy. There, there’s a bigger problem than this and unfortunately, the weapons industry has such a strong thumb, heavy thumb, over the Pentagon that we’re allowing these folks to stay and we shouldn’t. You know, it’s just a matter of time before they’re flying all these jets against us, before they’re using this weaponry against us or Israel. It’s just a matter time. And you look at, you look at the Khashoggi case. I, one thing that interested me, I remember after this thug killed all these folks, Trump said to the Royal family, well, won’t you help the families? And, oh yeah, MBS said, yeah, we’re going to be there to help. Right?

Chris Paulos:                        Yeah. That’s, that’s right. President Trump did come out and say that he had spoken to the King and to MBS after this attack at, in Pensacola, and that they had promised him that they would take care of the families and make things right immediately in the aftermath of the attack. And sadly, the, the, the reality is that nobody’s heard from Saudi Arabia. They’ve made no overture. They’ve reached out to no victims. They’ve made no contacts.