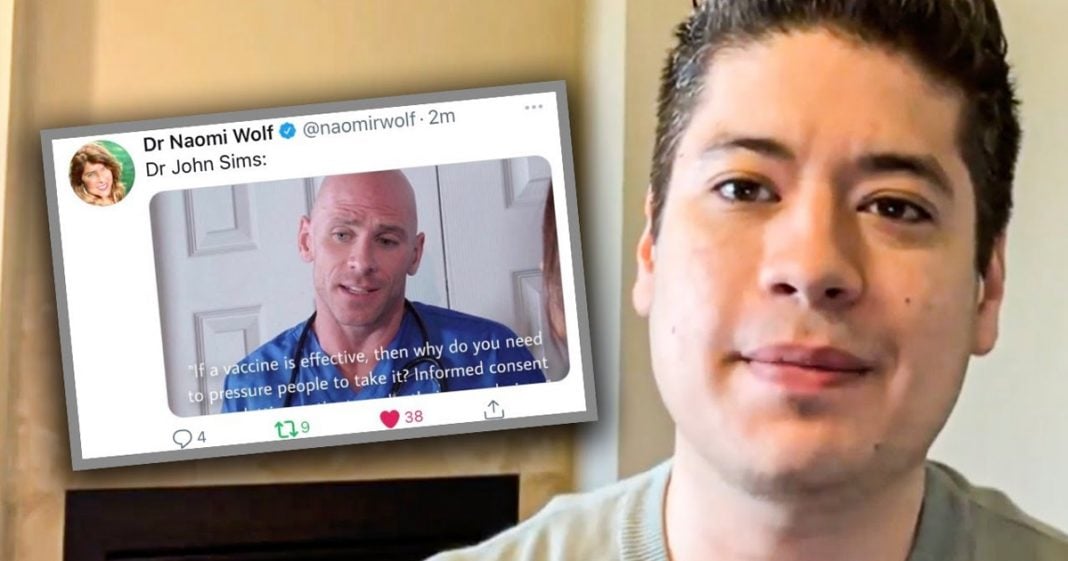 Investigative journalist Ken Klippenstein has a reputation for taking down some of the biggest names on Twitter, and this past weekend he managed to add another name to his list: Dr. Naomi Wolf. Wolf is known as an anti-vaxxer, and Klippenstein was able to trick her into posting a fake quote from a “doctor” to help prove her points. But it turns out the quote was made up, and the image attributed to the “doctor” was actually an adult film star. Ring of Fire’s Farron Cousins explains what’s happening.