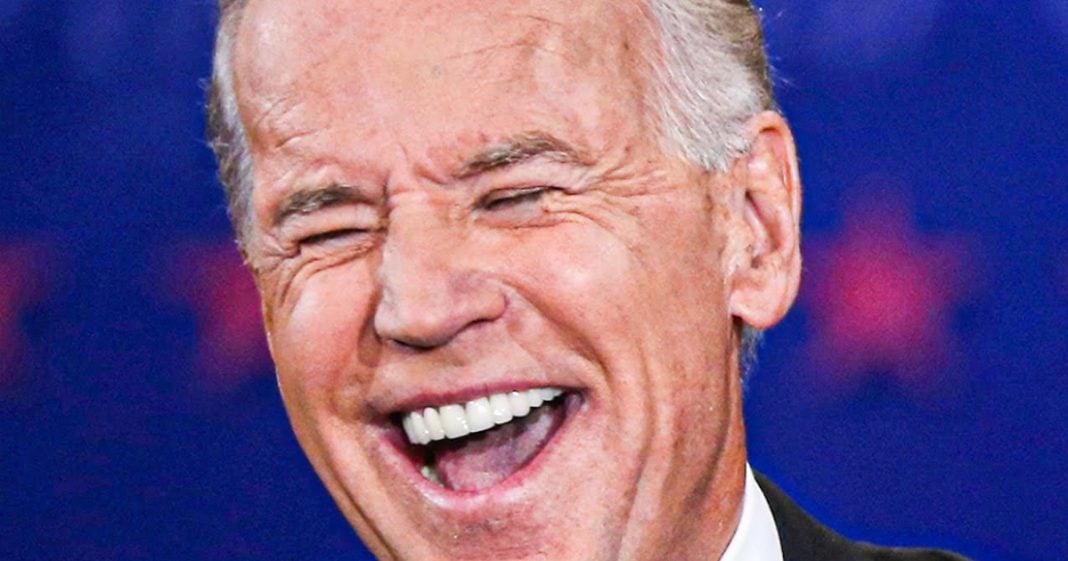 A coalition of red states, led by Missouri, filed a lawsuit against the Biden administration recently to stop them from calculating the social costs of pollution. This wasn’t a measure to even curtail pollution or to put actual prices on them, but just to determine how badly emissions are hurting human beings. This is appalling, especially at a time when we are inching closer and closer towards climate catastrophe. Ring of Fire’s Farron Cousins discusses this.

Last week, 12 States, most of them are red States led by the state of Missouri, filed a lawsuit against the Biden administration because according to the lawsuit, Joe Biden wants to set a social cost on emissions. Their lawsuit specifically says, setting the social costs of greenhouse gases is an inherently speculative policy laden and indeterminant task, which involves attempting to predict such unknowable contingencies as future human migrations, international conflicts and global catastrophes for hundreds of years into the future, they say in their 46 page complaint. You can’t possibly tell us how much we have to pay for putting out more carbon or methane or mercury, because you don’t know what’s going to happen a hundred years into the future. Now that is absolutely an idiotic legal argument, but what’s even more idiotic is that Joe Biden is not setting a social cost. What’s happening, what, what he has ordered to happen is that he wants States, businesses, industry to be analyzed.

To see what’s coming out, you know, in terms of emissions, how much methane are you putting out there? How much mercury, how much carbon, how much everything? Nitrous oxide, and then we’re going to take all that data probably over the course of years, analyze it with health statistics from these particular regions, compare them to regions with lower levels of pollution. See what the differences are, see what the economic costs of the lives and health lost are. And at that point, again, probably 10 years in the future from now, maybe five, if we’re fast, then have the debate about whether or not to put social costs on these pollutants. They’re suing for something that wouldn’t happen for years. But once again, all of that is also irrelevant. What they’re doing is saying we don’t give a that we’re destroying the environment. We don’t give a that these pollutants are causing people to go to an early grave, which we know, a couple thousand a year do just from air pollution. I think the number is 3,400 actually, due to the specific pollutants increasing.

So yeah, they’re okay with these people dying. They’re okay with exacerbating the issue of climate change. They just don’t want these poor corporations to have to pay more money. And that’s the other thing that’s crazy about these States filing a lawsuit is like, this isn’t money that’s coming out of your pocket either. This is going to be companies, corporations that have to pay the price for what they’re doing. Aren’t you Republicans who filed the lawsuit, the party of personal responsibility? Of course you are, except of course, when it comes to corporations, then it’s no, no responsibility. Everything they do is okay. But, you know, if, if an individual tried to do that, yeah, lock them away for life. Hey, you deserve what you get, right? Decisions like this kill people. That is a God’s honest fact. We know that air pollution, the more that’s out there, the more people die. The less that’s out there, the less people die from air pollution. That is a simple fact that has been proven by the data and these Republicans who filed this lawsuit are saying, we’re okay with these people dying as long as it means corporations don’t have to pay for their deaths.