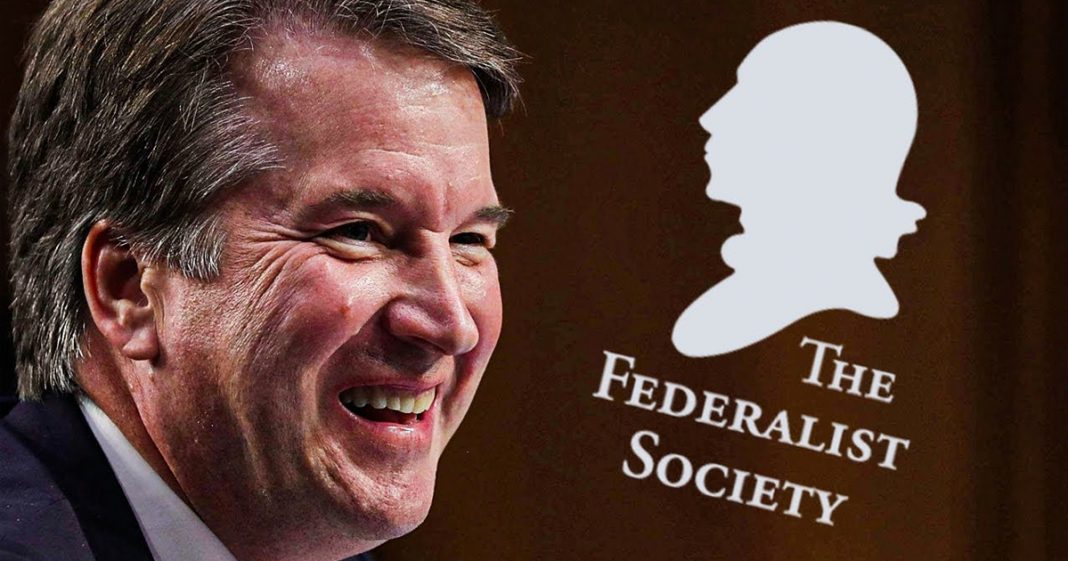 Democratic Senator Sheldon Whitehouse wants to know where the Federalist Society is getting their money and how they are using it to help pack courts across the country. It is no secret that Republican politicians listen to input from Federalists about who to select to the bench, but the group’s efforts go far beyond just a few phone calls or face-to-face meetings. Ring of Fire’s Farron Cousins explains what’s happening.

Democratic Senator Sheldon Whitehouse recently decided that he finally wanted to look into how exactly this conservative group called the Federalist Society, gets all this money to run all these ads for conservative judges here in the United States. And to be fair, it’s not just the Federalist, Federalist Society. They also have the judicial crisis network that they work alongside with and together using their dark money, they put out ads, either attacking liberal judges or promoting conservative judges. And we also know that because this is dark money, we don’t get to see where it’s coming from. All that we know is that the Federalist Society pushes certain judges. They talk to conservatives, even though by the way, the Federalist Society denies that they do that. There have been reports for years saying that this is what happens, especially when Mitch McConnell was majority leader, he would meet with them and suddenly come back with lots of judges that he would give to Trump who would then nominate them.

And of course they would get appointed. Here’s how this works. You have these dark money PACs that don’t have to disclose their donors. So of course, you’re getting corporate donors giving their money to these organizations and if I’m wrong, please release your documents and prove me wrong. So the corporations give their money to these dark money super PACs, the super PACs run ads attacking these pro-consumer judges. So then we end up with anti-consumer pro corporate judges who then rule for these same corporations who gave money to the dark money PAC so they can do whatever the hell they want. That’s kind of how this whole cycle works and Sheldon Whitehouse says enough is enough. The American public deserves to know. We deserve transparency, and ironically had it not been for the conservatives on the Supreme Court, we would have that transparency because dark money super PACs wouldn’t exist.

So you kind of see how that cycle also worked there? Not only do they get all the perks today, but the perks they get today were set up by the perks they put in place years ago, by pushing these conservative judges who ruled in both the Citizens United and McCutcheon case, that they don’t have to disclose who they’re giving money to and yada yada, so on and so forth and the cycle continues. It’s time for a constitutional amendment to ban dark money, to ban all forms of unlimited corporate money going into our political system. No matter which side the corporation happens to be on, because sure, there’s some left leaning ones out there, the money has to stop. And at the very least, if it’s not going to stop then by God, we should get to know who it is because if money is free speech, fine, but be brave enough to let us know who’s speaking. If you can’t do that, then the whole thing was a charade to begin with, which it clearly was. Republicans don’t want us to know who’s funding their activities, but eventually the truth always comes out.