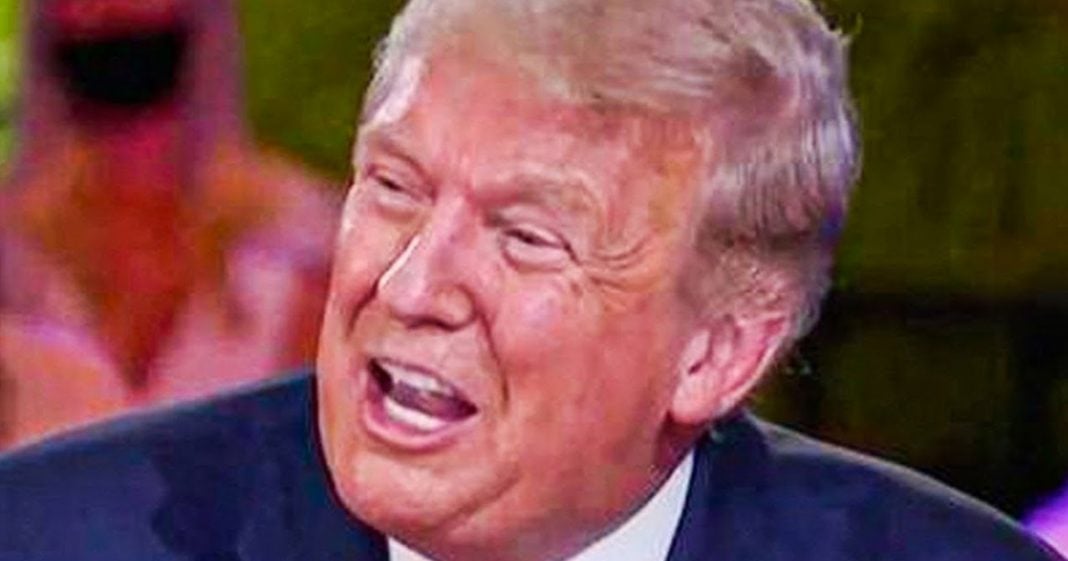 Donald Trump spent the past few weeks making phone calls to Republican legislators, telling them that they had to stop the Democrat-led effort to expand voting rights in Congress or else Republicans “might never win again.” This tells you everything that you need to know about the motivation of these Republicans who want to force you to stay home on election day. Ring of Fire’s Farron Cousins explains what’s happening.

During recent debates over HR 1 in both the House and the Senate, which was the Democrat pushed bill to expand voting rights here in the United States, Donald Trump was working behind the scenes, making phone calls to Republican officials, telling them that they had to vote against this legislation and not just vote against it. What he said, according to a person with knowledge of the phone call, was that, we might never win another election ever again if HR 1 becomes the reality. Because what HR 1 would have done would have expanded absentee voting here in the United States, it would have allowed more people to have access to ballots. More people voting is apparently bad news for Republicans and Donald Trump, multiple times in just the last 12 months, has openly admitted that and he’s right. If, if, if we expand voting rights to more people in the United States, Republicans may never win again.

We see that in Georgia. That’s why they’ve restricted these things and they moved fast by the way, in Georgia to get this passed, their limitation on absentee ballots so that their state law could then Trump the federal law and that could be disaster for HR 1. If that goes to the courts and the state says, listen, we had our right. There was no federal law. So we passed a law. Then they come with a federal law. We already had our rules. Supreme Court could easily strike that whole thing down and side with the Republicans there. So that’s something to be on the lookout for in the, on the horizon. But again, the overall point is Republicans don’t want you to vote. Believe it or not, even though we seem like a highly polarized 50/50 country, we truly are not, majority of people in this country are independent. Even if they’re registered with a party, they will vote either way, depending on what they see.

And a lot of times that leans Democratic and Republicans know that because Republicans have nothing to offer the public other than meaningless fights about potato genders. So they have to suppress the vote and it does overwhelmingly disproportionately affect Democrats, particularly people of color who vote with the Democratic party. Trump is absolutely right, we extend, expand voting rights in this country, Republicans might never win again. Oh sure, they’re still going to have some of their heavily gerrymandered districts. So they’re always going to have a presence in American politics, but in terms of general elections, Senate races, things like that, yeah, that might be a different story for the Republicans. If there is a political party out there actively fighting to take away your voice, it’s a good indication that this party has nothing to offer the public other than oppression and that is exactly what the Republican party is doing today. Led by Donald Trump, from behind the scenes, they want to take away your voice because they are afraid you’re going to use it against them.