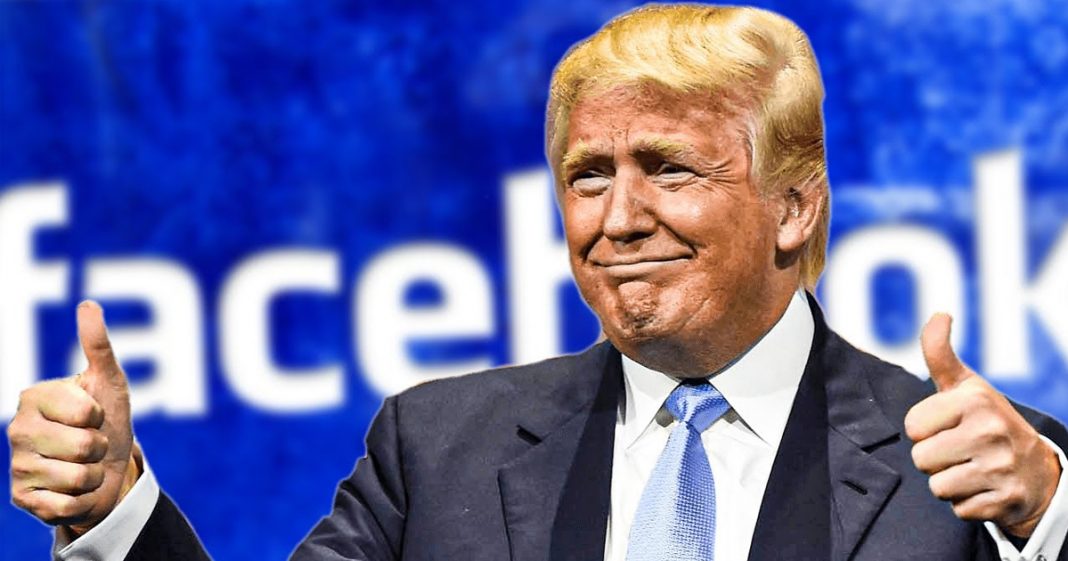 A new report has found that right wing Facebook pages that spread misinformation are getting more engagement per follower than any other outlet on the site. This report proves that misinformation is traveling at a breakneck pace around Facebook, and it also shows the need for the social media outlet to get serious about cracking down on these lies and conspiracies – but without crossing into full-blown censorship. This is a fine line to walk, as Ring of Fire’s Farron Cousins explains.

According to the results of a new study, a study that is still ongoing by the way, so I guess these aren’t even technically the final results. But what researchers at New York university at their cyber security and democracy department have found is that still today, even after four years of all the talk of fake news and misinformation on Facebook, today misinformation from right-wing sources still gets more engagement than information and news from any other source, including information and news that is accurate. It is right wing misinformation, Republican misinformation, that dominates the news cycle in Facebook. Here’s a brief snippet of some of the findings from this report. The results were striking. In the far left, slightly left and center categories, publications rated credible by news garden MBFC saw between two and five times as much engagement as ones that were not. In the slightly right category, accurate sources held only a slim edge. It’s in the far right category that things get strange. Sources designated as purveyors of misinformation saw 426 interactions per thousand followers in an average week, compared to only 259 for far right sources without the misinformation label.

Both those engagement numbers dwarf any other category. The next highest is far left, not misinformation, at only about 145 interactions per thousand followers per week. So if you’re on the far left and you’re telling the truth, you’re doing better than the center left telling the truth, but nobody comes close to matching the numbers that right-wing misinformation has. And as they pointed out, they have labels. They have labels that say this isn’t true and yet people are still out there sharing it, liking it, talking about it, debating it and this just blows my mind. Now, a thing to point out though, is that last point I made, debating it. Okay. When you have an online debate going and you have somebody who says this is false, and one person who says this is true, that’s going to generate a lot of engagements, not all necessarily really in support of it. So there is that very clear distinction that is made, but the big takeaway from this is that Facebook’s efforts to combat misinformation are not working.

They’re not working at all and they may actually be making the problem worse. We have seen far too many instances where you do end up having, you know, some kind of a right-wing outlet that puts out misinformation. They get slapped with the label, but then their hardcore supporters say, ah, it’s Facebook. Facebook is just claiming it’s misinformation because they want to mislead you and they want to censor the truth. So you do have individuals who actually react opposite when they’re told what they’re reading is a lie. They double down on believing that it’s the truth. This is an education problem, by the way, in the United States and we did several years ago, have the opportunity to opt into a global program that would help teach high school students how to identify real news from misinformation. The Trump administration opted to not get us into that program. So here we are. Perhaps the Biden administration needs to take a second look at that because we have a very real misinformation problem in this country and it seems to overwhelmingly benefit the Republican party.