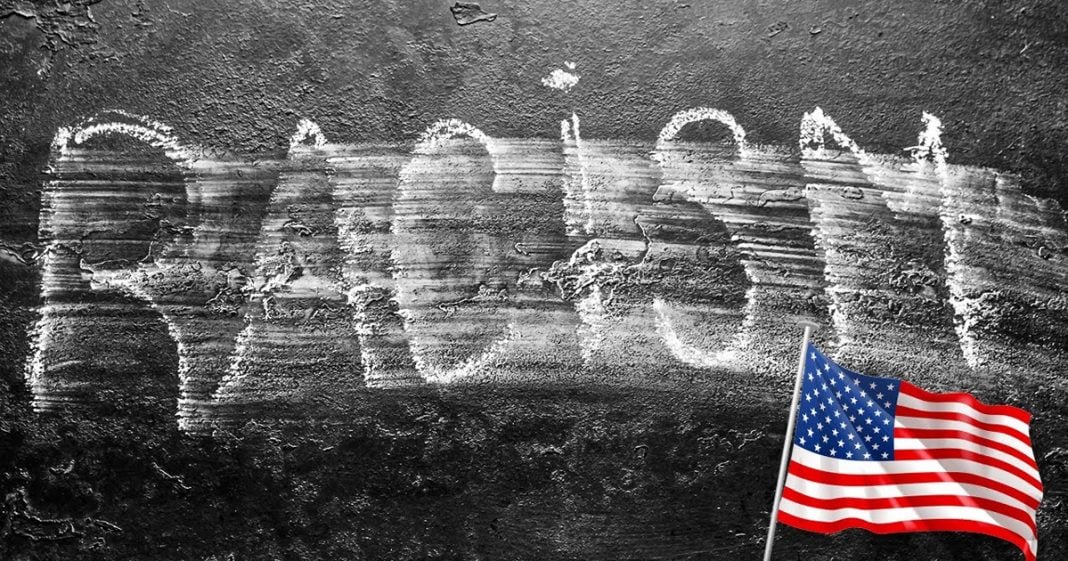 A new report from the Pentagon says that the military has a major problem with extremists in their ranks, as these individuals seek to join the military to gain combat experience that they want to use on fellow Americans. But it isn’t just the military, the report says that the police are suffering from the exact same issues, and neither group appears to know how to handle it. Ring of Fire’s Farron Cousins explains what’s happening.

A report commissioned by Congress last year from the Pentagon shows that the Pentagon believes that the Pentagon has a extremist problem among its ranks. So to recap that, the Pentagon itself, the department of defense, the US military, was asked to look at whether or not they had an extremist problem. People with extremist affiliations, you know, neo-Nazis, hardcore racists, alt right individuals. Are they in your ranks? And they said, okay, we’ll go back and we’re going to take a look at this. And they came back with a report that they finished last year, but just now came out, obviously not under the Trump administration. I wonder why. But they came out and they said, oh yeah. Wow. We, ooh, man, we got a problem.

And this is not surprising at all because this actually touches back on a story that we did here on Ring of Fire, multiple stories, over 10 years ago, during the Bush years. Because do you know what was happening in the later years of the Bush administration? You see, they were having trouble, the military was, recruiting individuals willing to go over and die in George W. Bush’s wars for oil. So what they did was they, they lowered their standards a little bit. You know, they didn’t do as many stringent background checks and they stopped denying individuals with links to extremist groups. So this problem that the Pentagon is now saying, yes, we have it. This was predictable and they literally did it to themselves.

Here’s what they’re saying about these extremists. Obviously they want to go, some of them because of their purely racist motivations, go over to the middle East and kill a bunch of people that are a different color. They freely admit that, the Pentagon does. We have those. Others they say are a little more tactful. They want to go and they want to learn combat techniques to take with them in their fight for their extremist views, that’s horrifying. And the report gets a little more horror, horrifying because there was a companion report released around the same time and that one is about police forces in the United States. Turns out they have the exact same problem as the Pentagon and they have it because these extremists believe they can essentially infiltrate police forces across the country. Go there and you get free weapons. You get training. You learn how to take down these individuals and you get to do it wearing a badge.

Now does that information sound like it might be relevant to other stories that we see all too frequently in the news? Because I think it does. These positions, whether it’s a police officer or military itself, they tend to attract these certain individuals. Not always, and certainly not even a majority of them, but we have an obligation to our own country here to do better because otherwise we’re just opening the flood gates saying, hey, if you want to come in and get combat training and get a couple of cool weapons to go out there and use on our streets, come on into the military. Two or four year engagement, then you’re free to do whatever the hell you want. The Pentagon admits they have a problem, but that’s only the first step as we know. Now, it’s time to address it. Get these individuals out of there and do a better job of preventing them from coming in, in the first place.