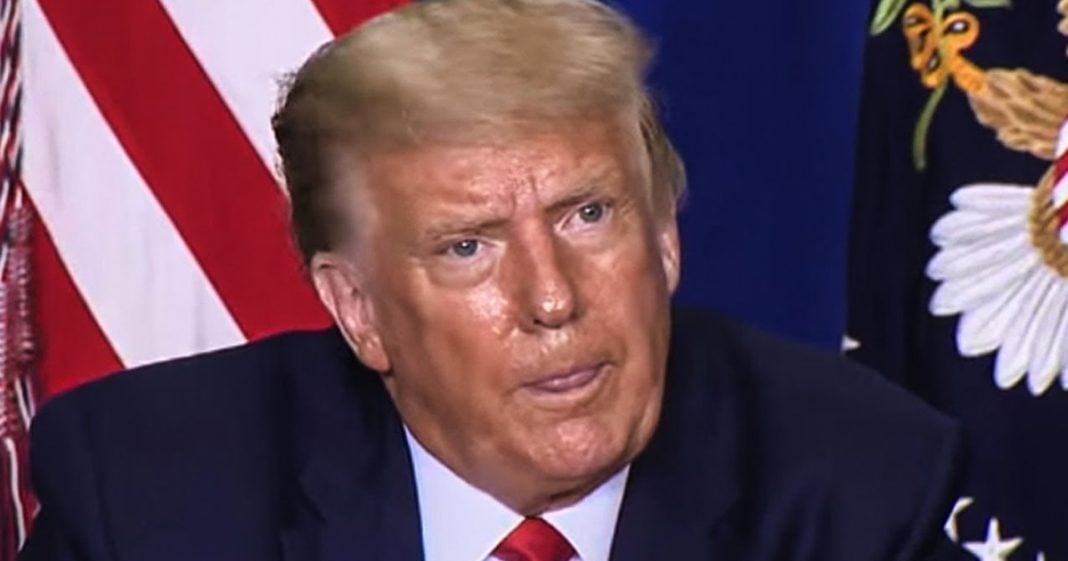 Donald Trump still has plenty of love and admiration from his supporters, but that love isn’t translating into dollars for his businesses. It turns out Trump’s supporters don’t actually care about his businesses, and many can’t even afford to be patrons of his businesses. So that helps to explain why Trump has to continue the political grift that he is so desperately working on – it is the only way he can get money out of these people! Ring of Fire’s Farron Cousins discusses this.

Donald Trump is in a bit of a predicament right now and I’m talking about a predicament outside of the major investigations that are picking up steam in New York. No, he’s in a predicament with his finances and again, no, I’m not talking about New York. He’s in a predicament because all of these people across the country who absolutely love him and would do anything for him have finally found something they’re not actually willing to do for him and that is be patrons of his businesses. According to a recent report, Trump supporters are actually not willing to go and support his businesses and these people also say they don’t care what his finances are. They don’t care if he makes money off it, or if he doesn’t make money off it, they just like him in general, as a politician. They don’t care about his finances, no, and that’s gotta be hard for Trump, right? Because that kind of negates one of the biggest grifts that he’s ever had, bilking these people for money.

And if they’re not willing to go and become patrons or customers of his businesses, which let’s be honest, most people can’t even afford that, whether you’re a Trump supporter or not. His ridiculous fees at Mar-a-Lago and some of his other clubs, you know, the prices they charge, average people like us, we can’t afford to even do it. The people who show up at his rallies wearing all their MAGA gear, they can’t afford to go become members of Mar-a-Lago any more than I can. So it’s not surprising that they’re not willing to be customers of his and that they don’t care about his finances. But what this also does is this helps explain why the grift must continue. Why he recently sent that letter saying, don’t give your money to the Republican party, give it to my PAC so that I can spend it the way that it should be spent. Yeah. That’s because your supporters out there aren’t patronizing your businesses like you had thought they would. So if you want to keep making money off these people, you literally have to get them to send you money directly under the guise of spending it on political campaigns.

But this actually shows something that’s kind of good about Trump supporters. It shows that a lot of them might not be completely too far gone to save. If you can get them to say they don’t care about Donald Trump in even one aspect of his life, you can expand upon it. You can build on it. It’s a tiny little window of hope that we have and we should, we should capitalize on it in any way we can. Expand it and show them well, hey, it doesn’t matter if he makes money. Right? So, so why does it matter if he’s endorsing a candidate or not? Does that affect whether or not the candidate is good? Does his opinion really matter? There’s ways to do it. I may not be the best person to do it. I spend most of my time ridiculing them, but somebody far more eloquent and more skilled and more personable than me could absolutely make some inroads here and that’s the best we can hope for. And in the meantime, we can all sit back and laugh as Donald Trump tries to get these people to spend money at his clubs and they continue to refuse to do so.