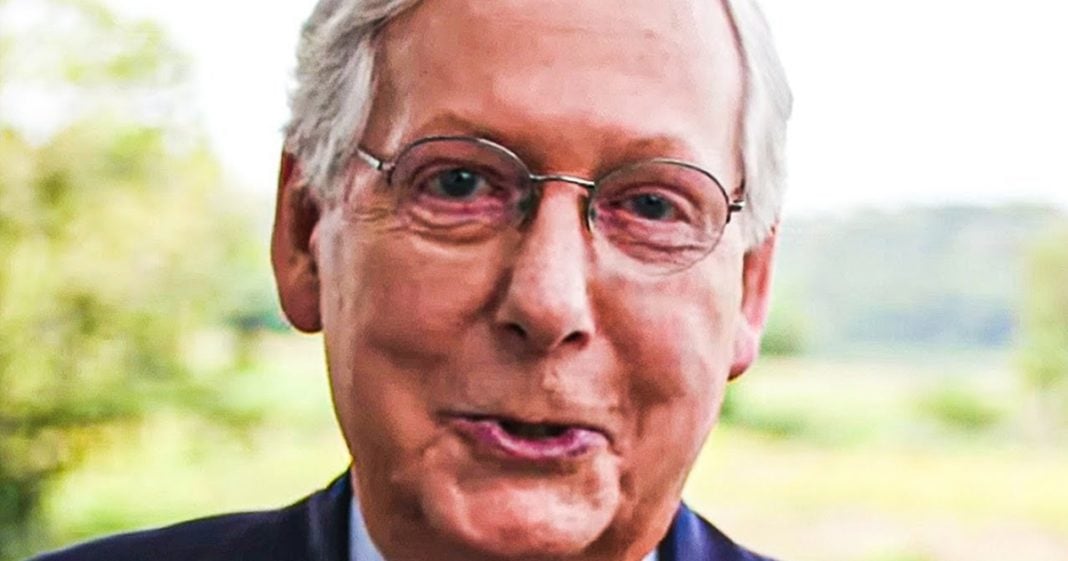 More research has come out to re-confirm what has already been known for quite some time, and that is that voters in Red States tend to see the most harm from Republican policies. The very people that are keeping Republicans in power are the ones that are suffering the most from their policies. This cycle of self-harm has many different explanations, all of them working in connection with each other to keep Republicans in power. Ring of Fire’s Farron Cousins discusses the new data and explains what it means.

According to a new analysis, voters in red States, the people who continuously put Republicans in power are the ones who suffer the most from Republican policies. Now for the record, yes, this is something that has been known for a long time. There have been plenty of studies, plenty of data available that suggests this. And one of the biggest reasons obviously is because these voters in the red States, especially the Southern red States, tend to rely more heavily on social programs, government assistance, and Republicans come along at the federal and state level to slash those programs, thereby slashing the benefits that their own constituents who put them in power need to survive. But that’s not just it. This report, which is incomplete so far because it’s being compiled for a book that several political scientists are working on.

But what they’ve found so far is this, we’re in the grip of a paradox, even as areas that vote Republican continue falling behind blue America economically, helping widen those off discussed regional inequalities between cosmopolitan and outlying areas. GOP elites everywhere are growing more committed to an increasingly uniform and regressive agenda that does little to redress the problem. Red America’s falling farther behind, but the politicians who represent it at all levels have gotten more unified on an economic agenda that hurts the people who live there. A great example from just recent days is the COVID relief package. You had uniform Republican opposition to this, even though it’s their constituents who statistically need it more than anybody else.

Another great example, union busting, and that is actually something specifically mentioned by these political scientists. The right wing effort to destroy labor unions, both in the private sector and the public sector has disproportionately affected workers in red States. It has allowed them to fall further behind economically than their counterparts in blue States, especially those who are unionized, but they’re being taught repeatedly that this is the only possible way. And I want to take it even further than what these political scientists talked about. Not only do Republicans have this very unique way of getting people to vote against their best interests, but they also have mastered the art of convincing them that somebody else is to blame for it. That’s the big piece of the puzzle that I do hope these political scientists end up piecing together in their book because it’s not just that they’re busting the unions. They’re cutting the benefits.

You know, they’re cutting Medicaid and Medicare and Social Security and all that. No, no, no, no. It’s also the fact that they have successfully manipulated these individuals into thinking that other people are to blame for all of these horrible things Republicans are doing to them and the corporations are doing to them. It started way back with Lee Atwater and the Southern strategy, right? You go down to the South, you tell all these workers that their lot in life is terrible because of the others. And I use the word, the others, as something I and myself and Chauncey DeVega have talked about at length here at Ring of Fire because the others is always changing. It’s always one group or another. You know, back during the Southern strategy, it was the so-called welfare Queens, the black people in the South living off welfare, while you, the hard working American was working for pennies.

They didn’t tell you that it was because your employer was greedy or that Republican policies encouraged the greed. Nope. They told you it’s because these people over here are on welfare. Trump did it masterfully with immigrants, another group of others. Your job got shipped overseas, not because of a greedy corporation looking to save money, not because our tax system actually incentivizes them to do that. No, it’s because people in Mexico were coming over here and stealing the jobs anyway. So we just sent them down there to them. It’s never the others, by the way, it’s always the Republican politicians who have mastered this sleight of hand. Look over this way, blame these people, while I reach behind you and pick your pocket. That’s the main reason these Republican voters are suffering the most from Republican policies.

So how do we fix it? What do we do? It’s actually quite simple. Believe it or not, it is a very simple solution. Democrats move into these areas and I’m not saying move into the areas, turn it blue. No, no, no. The Democratic party needs to get into these areas. Start training candidates at the local level. Knock on doors, talk to people, organize like they did in Georgia and convince these voters that there is a better way. That there is a party that is going to fix some of the problems they are facing, but that’s only step one. Step two is you have to get elected and deliver for them because if you don’t deliver on these promises, you’re no better than the Republicans at that point to these people.