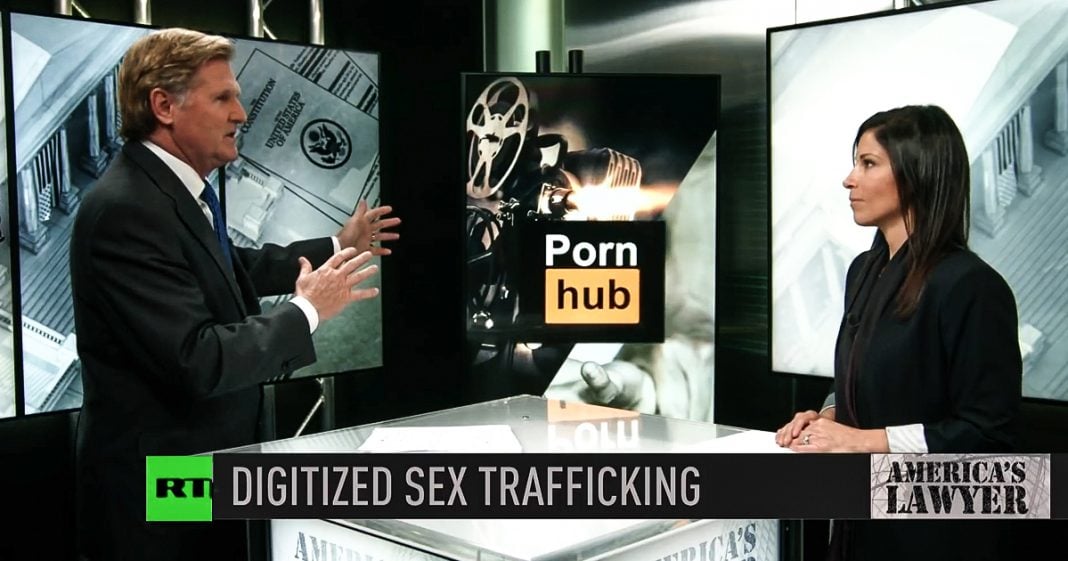 Mike Papantonio:             Yeah. I mean, so we, we know, New York Times, by the way, did a great example. They did a great story on a site that is falling underneath, MindGeeks, MindGeeks heading where they found out that, that girls were being raped. Right on, you know, they knew that girls were being raped. They played it anyway. The child that was raped, the person that was raped, just kind of disappears. Now, here’s the point. You have Wall Street is now in this business. They’ve been in this business for a long time, Fortress, Fortress Investment. I mean, if you want to, if you want a real look at this company, just, just Google Fortress Investment. Fortress Investment brags about, they will do things that other people won’t do. Like we will, we know what’s going on. We know what’s going on with the, with the trafficking. Full disclosure, I’m getting ready to sue Fortress as an agent for, for MindGeek and vice versa. So we’re bringing Fortress into the lawsuit because they’re funding this.

Mike Papantonio:             Well, it’s not just, okay. Let’s take the scenario that we just gave, that you’re very aware of. You’ve seen it. You were, you were actually in, you were trafficked from the 12 year, time you were 12 to 15 on and off. In there, you saw exactly what we’re talking about. Let’s get a hotel room, right? Let’s bring our trafficked girls into the hotel room. Let’s, oh yeah, let’s let everybody know they’re here and there, people come by one by one for these trafficked girls. These girls aren’t there because they want to be, they’re trafficked, they’re slaves, and then long comes, you know, the, the internet, pornography on the internet. Well, we can make more money there. It’s not just that we’re having them available for these guys. We can do some filming. This is, you know what, it’s more, it’s, it’s more of a moneymaker than heroin or drugs or anything like that because here you’re using the commodity again and again. Right?

Mike Papantonio:             Okay. One thing is that is very evident in all these, these lenders aren’t just lenders. I think he pointed that out. They know they’re making a risky loan in a lot of ways. I mean, who are the, there’s a guy named Bergemar. They don’t even know who this guy is. Talk about that.