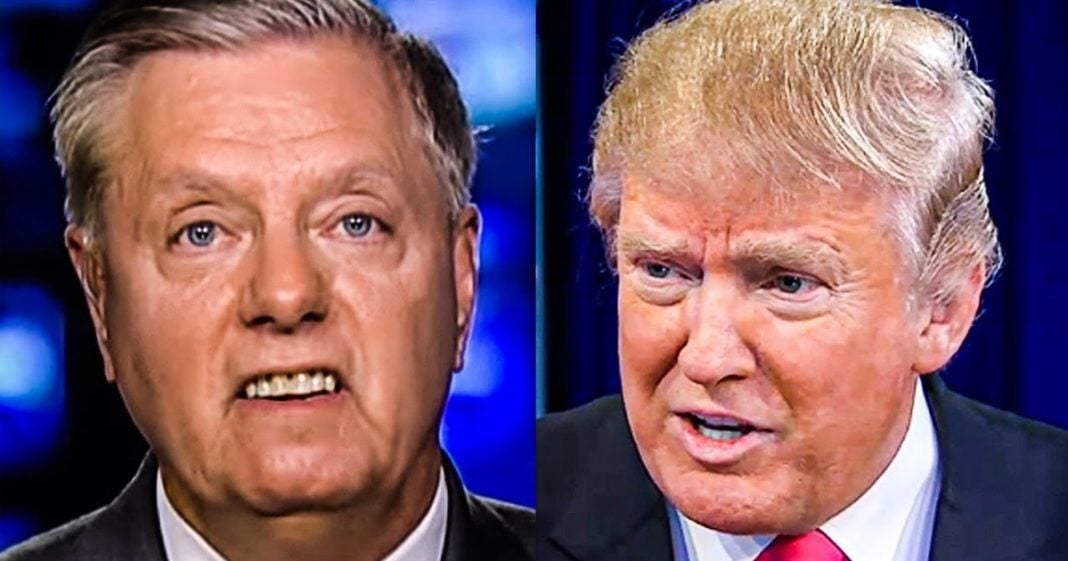 According to Republican Senator Lindsey Graham, Donald Trump’s power over the Republican Party is still so strong that he could destroy the entire Party… if he wanted to. Graham’s comments are absolutely ridiculous. While it may be true that Trump still has power over the GOP, the only power he has is that which they continue to ALLOW him to have. It is a self-fulfilling prophecy, as Ring of Fire’s Farron Cousins explains.

In fact, Lindsey, you moron, I don’t know if you noticed this, but your party is kind of suffering from a mass exodus right now. Tens of thousands of voters every month leaving the Republican party because of your support for this man and here you are saying, I think he’s going to make the party bigger. He’s literally making it smaller, which is a good thing. So I guess in that way, he has the power to destroy the Republican party. Sure. But just not in the way you think he does. Lindsey Graham thinks that Donald Trump has the power to destroy the party because he’s so powerful and if they don’t go with what he says, he’ll start a new party and the Republican party is dead. That not happening. That’s not what’s going on. Donald Trump, as I have repeatedly said, and apparently I’m going to have to keep talking about this as long as the man exists, Donald Trump only has as much power as the Republicans pretend he has.