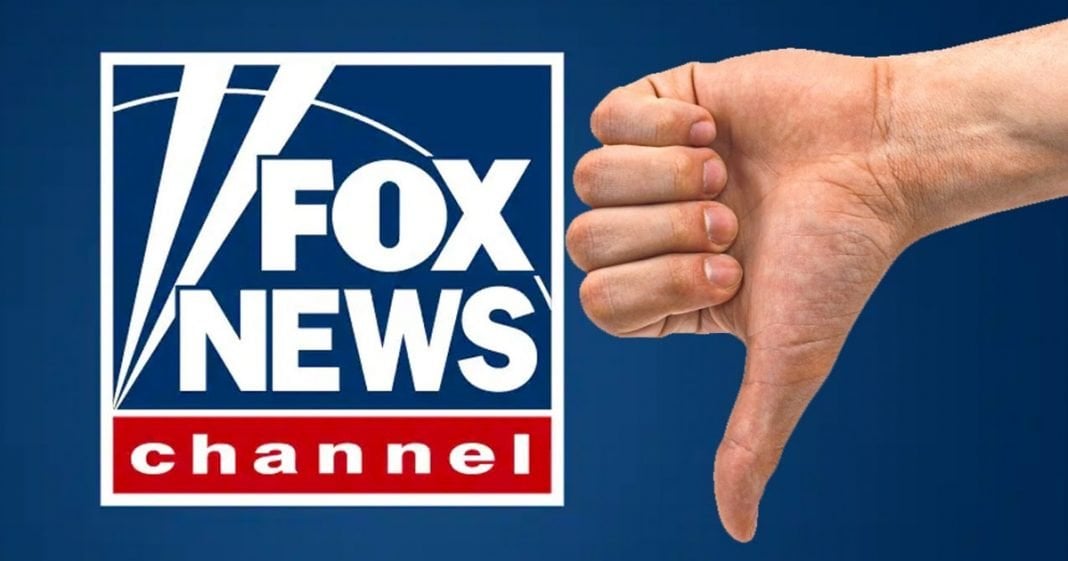 A former extremist named Frank Meeink now spends his time educating others about hate and working against the crowds he once ran with. And recently, he called out Fox News for doing little more than “re-marketing hate” to the American public. His assessment is spot on, as Fox News has always peddled in hate bordering on extremism, but they have brought plenty of the most extreme ideas from the hate crowd into the mainstream. Ring of Fire’s Farron Cousins discusses this.

Recently CNN interviewed a former neo-Nazi named Frank Meeink. In 2010, Frank wrote a book called autobiography of a recovering skinhead, the Frank Meeink story. We actually interviewed him here on Ring of Fire about it. You can find that interview in our archives here. But here’s the thing, what Frank said during this interview, he pointed out the fact that Fox news has basically started marketing hate to a broad audience and that in fact, Fox news frequently says the same kinds of things that he used to say back when he was a neo-Nazi skinhead. Here’s a direct quote from Meeink during the interview, we have to know that a lot of our fellow Americans, fellow children of God, have been radicalized by a network of news that as a former radical, I can tell you from watching Fox news all day, I can show you where they’re saying radical stuff that I used to say. Where I would say Jews, they say big media. They swapped out a couple words here and there, but it’s still just radicalization. So that’s where we have to look. It’s Fox news.

It’s kind of jarring to hear this from somebody who lived it, to hear them say that this is the same thing we used to do with a couple of words swapped out every now and then. We have seen this more and more frequently from Fox news host Tucker Carlson, Carlson doesn’t necessarily swap out words though. He has openly said that immigrants come to the United States and make it a dirtier place. He openly attacks different kinds of people and when I say different kinds of people, what I mean are people that are different from him. People that are different from most of the viewers of Fox news. They’re feeding them radicalization and these average news consumers don’t even realize it and that’s the point Frank Meeink was trying to make in this interview, they don’t realize that they are being radicalized.

You know, when Donald Trump burst onto the scene in 2015, announcing his campaign, he did so with a lot of racism, very overt racism to those of us who know what we’re looking at. But to the average Fox news viewer, the average Republican, they didn’t see it as such. They saw those as simple truths. You know, immigrants are coming over here to kill you. Immigrants are coming to steal your job. Everything about your life sucks because of nonwhite people. They didn’t see it as racism because they had been taught over the years by Fox news, that this is just the reality, but it’s not. You’re more likely to be killed by a white person here in the United States than you are an immigrant. But they don’t understand that because that’s not what they’re consuming on a daily basis. Fox news is a problem. Radicalization is a problem. And all we can do is try to educate people, show them the truth, tell them the truth and hope that for some of them, it’s not too late to turn them around.