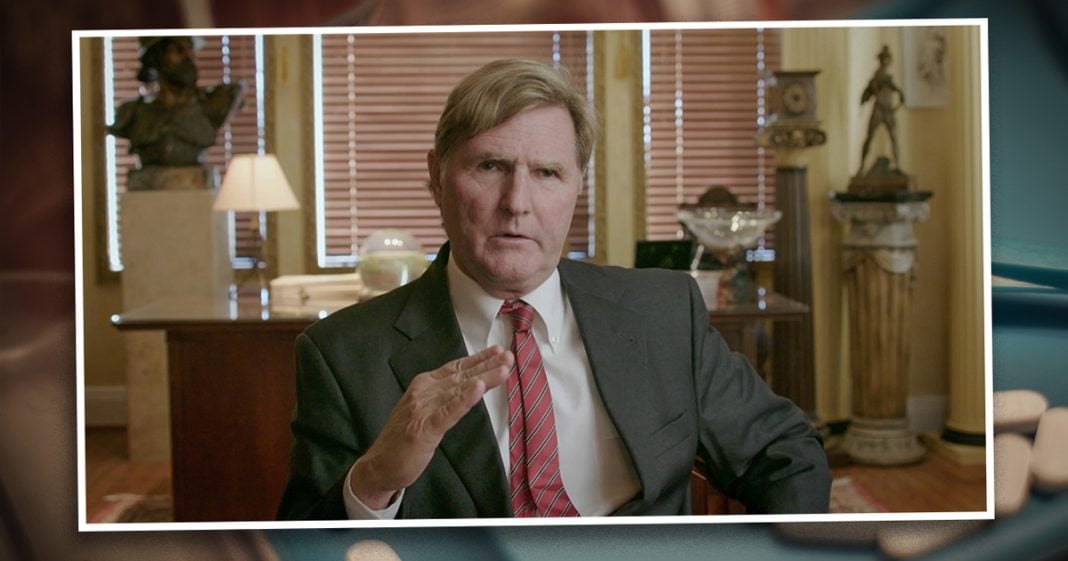 Via America’s Lawyer: The Young Turks are set to debut “The Oxy Kingpins,” a documentary about how the middlemen of opioid distribution have shaped the sweeping health crisis. Farron Cousins steps in for Mike Papantonio as he is joined by co-founder of Jane Motorcycles, Alexander Dimattio, who is featured in the film for his former role as one of the “kingpins” of opioid trafficking along the eastern seaboard.

You can watch “The Oxy Kingpins'” documentary SXSW.com

Farron Cousins:                  The Young Turks network has launched a new documentary and television group and their first film is about to premiere at the South by South film festival. Next week, the film is called The Oxy Kingpins’ and it tells the story of how opioids helped, basically spread throughout the entire country. Alex Dimattio is the focus of the film with his personal experience driving the narrative to tell us the story. Also featured in the movie is our own Mike Papantonio host of America’s Lawyer. This documentary and the others that will be coming forward from TYT help to tell stories that the corporate media has continued to ignore, stories that would otherwise not get told. So let’s go now to Alex. Alex, tell us about how the opioid crisis has impacted you personally, and how your experiences shaped this documentary.

Alex Dimattio:                     I mean, I guess, for lack of a better word, I’m the, I’m the kingpin. I’m the guy, well, I mean, the Kingpin of the people who actually own the companies that made this, but I was the one that was depicted as the Kingpin. I, I ran a crew back then and, uh, we brought Oxycontin from Miami to Boston and Connecticut.

Farron Cousins:                  So essentially that’s what we’ve heard about the, the Oxy express, right? Going all up and down that Eastern seaboard there.

Farron Cousins:                  So we’ve, we’ve seen the opioid litigation, you know, sweep headlines over the past couple of years, but this film isn’t actually focused on the drug manufacturers. So tell us about the distributors because that’s, that’s really where this film is, is focusing, is not on the, the makers, but on the distributors.

Alex Dimattio:                     I am now sober and, um, we run a meeting in our, in my store. So one of the, one of our friends just said he was doing a documentary for it, and we started talking and then as the conversation got deeper, we reached out to some of the guys I used to work with and we put together my old crew. And so it just slowly built that way.

Farron Cousins:                  Well, I did want to get your, your take on something here, because right now we’re about a year into this pandemic, a year into the lockdown, people are feeling stressed, they’re feeling disconnected. You know, does any of that, do you think, you know, that is affecting the rate of opioid use here in the United States with, with everything going on with this pandemic?

Alex Dimattio:                     I do feel that access to it was trimmed down a lot, but, um, yeah, I wouldn’t, the pandemic is not a drug addicts friend. I mean, the only thing that possibly could have happened is that the supply chain could got messed up. But other than that, the worst thing you want to do for a drug addict is just give them idle time with nothing to do.

Farron Cousins:                  Absolutely. I mean, that’s, you know, it’s, it’s, it’s a recipe for disaster too, but that’s why as a country here, you know, we, we saw a little bit of it. You know, the Trump administration started working on their, their opioid programs, hoping to make a dent in this. So far as far as I have seen, we haven’t seen any real, I guess, conversations about it from the current Biden administration, but hopefully we do. You know, we, we have a lot of people going through a lot of suffering right now and unfortunately that creates this environment where you’re looking for an easy escape and, and far too many times turning to something, something like opioids can be that escape. Alex Dimattio, the film is The Oxy Kingpins’. It premieres next Tuesday at the South by Southwest film festival. Thank you very much for talking with us, Alex.