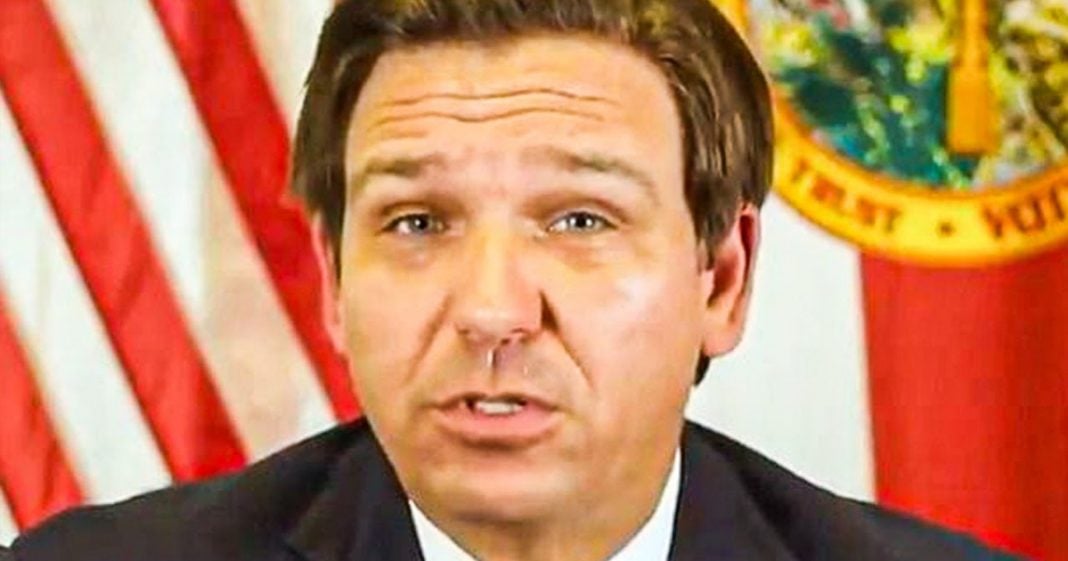 Republicans across America are still furious about their election losses in 2020, and they aren’t going to let something like that happen again. This is why there are 253 different pieces of anti-voter legislation pending in 43 different states. This is an all-out offensive by Republicans who are terrified of letting the people have a voice, because the voice of the people tends to be anti-Republican. Ring of Fire’s Farron Cousins discusses this.

In the past week, we have seen the state of Georgia enact new restrictive voting laws for their state, severely limiting what kinds of people can vote absentee and ladies and gentlemen, that is just the beginning. I mean, considering how many pieces of legislation Republicans have put forward at the state level across the country, this isn’t even the beginning yet, right? This is the prologue to what is coming down the pipeline. Currently in 43 different States, 43 out of 50, there are more than 250 pieces of pending legislation at various different levels to restrict voting rights of American citizens. And the reason for this is all because of that 2020 electoral loss that Republicans just suffered and of course the losses that they suffered in 2018. Georgia is a great example because it’s not just what happened to them in 2020. It’s what happened to them in 2018 with Brian Kemp. If Brian Kemp had not, as then secretary of state now governor, purged a couple hundred thousand people from the voting rolls, Stacey Abrams would be governor of Georgia right now.

And they saw that in 2018 and they got to work. Georgia, not Georgia, excuse me, Florida, similar example, right? Overwhelming, couple years ago, 2018 as well, we voted to give felons their voting right backs, voting rights back. And so the Republican controlled state legislature immediately went to work, put in their oppressive poll tax and prevented tens of thousands of former felons from actually getting the right to vote back because they hadn’t, hadn’t paid off all of their prosecutorial costs. And those are just two examples, again, out of 250 pieces of legislation. These are Republicans pushing them and they’re pushing them because they understand one simple truth, a simple truth, by the way that they have freely admitted in recent years and that is, when you have more people voting Republicans are less likely to win. And if we ever reach a point where we have near full voter participation, the Republican party is done.

I know they look strong on paper, right? Where you have roughly a third of the country say we identify as Republicans and only a third identify as Democrats, but Republicans understand one simple truth. They don’t have policies to go out there and pitch to the public. They have nothing to run on. So why, when you’re given a choice between someone who stands for at least something versus somebody who stands for nothing, the person who stands for nothing is going to lose every time unless they rig the game. And that’s what we’re talking about here. That’s what we’re looking at here. A rigged system that will be rigged forever if Republicans have their way, because all it takes is one state to rig their elections to where Republicans win. Then they gerrymander the state to where Republicans continue to win. Then this state does it. Then this state and this one, it becomes an endless cycle. Once it starts to be a little bit rigged, it snowballs from there and that’s what we’re looking at right now happening across the country. This is serious and Democrats better start taking this seriously or else they are in for the shock of their lives when 2022 rolls around.