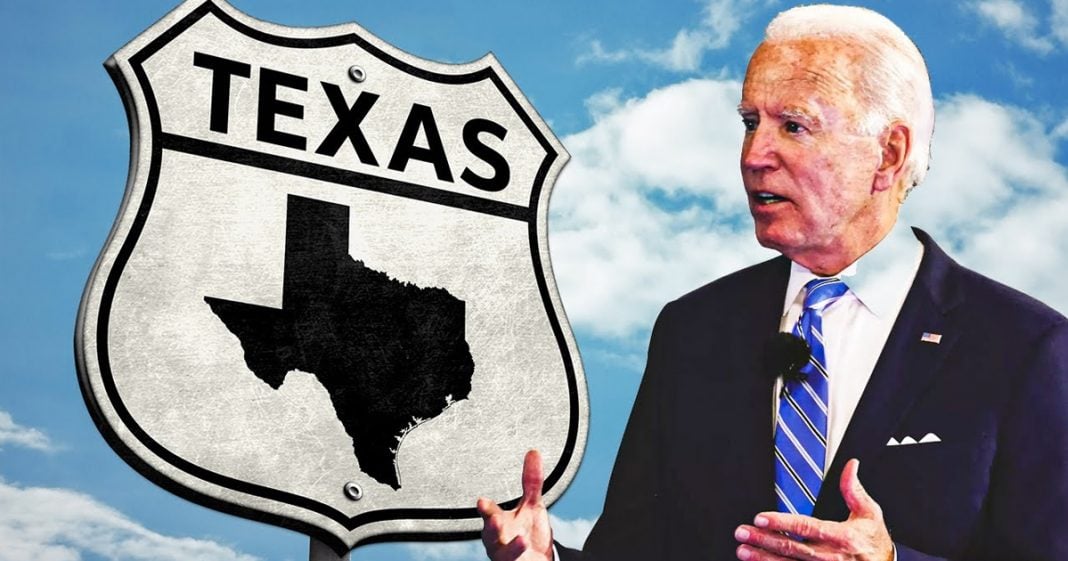 Winning the state of Texas has long been just a fevered dream for Democrats, but things could be changing very quickly. Demographic changes over the past few years have allowed Democrats to make inroads, but the real catalyst happened just a few weeks ago during Winter Storm Uri when voters in Texas got to see just how incompetent and cruel their Republican leaders can be. Ring of Fire’s Farron Cousins talks about the Democratic Party’s new strategy to take Texas away from the Republican Party.

For many decades now, Democrats in the United States have had this dream of turning the state of Texas blue. It is a massive electoral prize. Not only that, but it has huge representation in the House of Representatives. Of course, you’ve got your two senators and Democrats now think that thanks to a combination of shifting demographics in the state of Texas, which have been trending blue in years, not enough to fully flip the state blue, but Democrats believe that recent winter storm Uri may have been enough to convince some of the more moderate Republicans in the state of Texas, that Republican government simply doesn’t work. And that’s a pretty good example. I mean, they saw firsthand by the way, that Republican government doesn’t work with their handling of the pandemic, both at the state level and the federal level, both handled by Republicans during the heart of the pandemic. Didn’t go so well.

Their governor against the state’s wishes, against the CDC and scientist’s recommendations, lifted all their COVID restrictions just in time for spring break so you could bring in all those tourists and also a hell of a lot of cases of COVID-19 with it. But it was winter storm Uri that really made Democrats understand, now’s the time to strike. We just had this catastrophic event with people literally, children literally freezing to death in their own homes because of Republican government, because a Republican government refused to heed warnings, refused to regulate the energy industry and that’s what they ended up with. So what the Democratic party has done is they’ve gotten the national democratic training committee to come into the state of Texas, where they have now signed up more than 60 individuals to run for government. Most of them at the local and state level, because that’s how you do it.

That’s how you change minds. That’s how you show real work for a constituency. More so than sending somebody to the US House of Representatives or sending somebody to the US Senate, you do it at the local level. You reach out to them, you create that personal bond and you work with them there. You’re not hundreds and hundreds and hundreds of miles away in a different state. You’re right there in Texas working with them every single day. That’s how you do it. That’s how you change people’s minds. That’s how you flip a voter from red to blue, as long as you offer them something better. Because if it’s more of the same, or if it’s nothing more than platitudes and talking points, then you got nothing. But if you can convince them at the local level, that you’re the real deal and the Republicans aren’t, you just might flip the state blue.