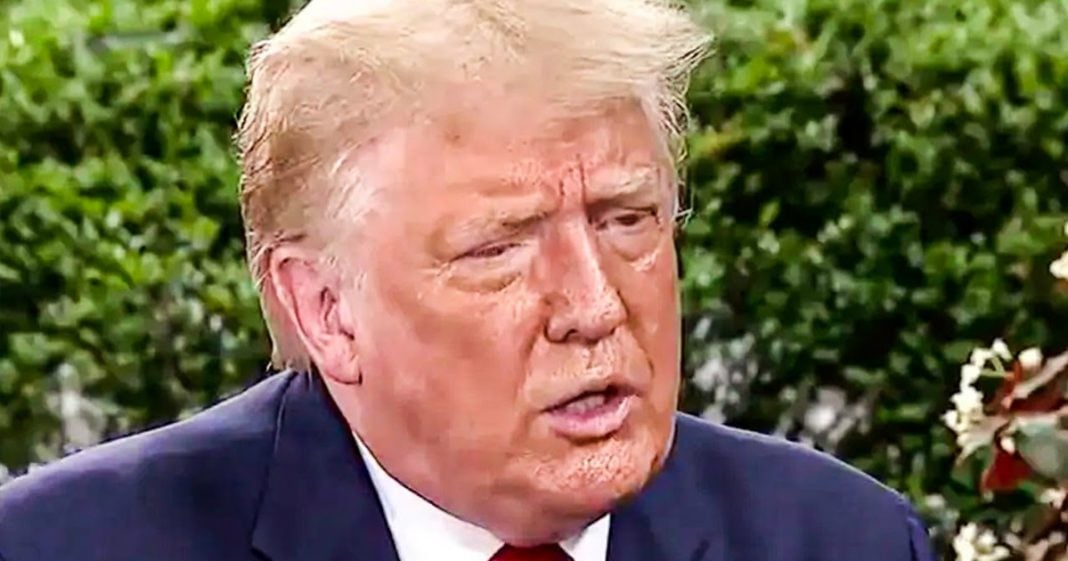 In a normal world, Donald Trump would have been shunned by both the public and his political Party after the damage that he caused them. Republican seats all over the country were lost to Democrats, and the GOP became a laughing stock. But rather than learning from these and moving on, the Republican Party is actually doubling down on Trumpism, showing that they’ve learned the wrong lessons. Ring of Fire’s Farron Cousins explains what’s happening.

Republicans saw everything that took place within their party, within the country over the last five years. They saw how Donald Trump became a toxic figure for their party. They saw that they lost 7.1 million voters in the 2020 election. They have seen tens of thousands of people leaving the Republican party just since the January 6th insurrection. So you would think, oh, they also lost the House and Senate during Trump’s tenure, too. So you would think watching all of this unfold, seeing all your voters leaving, seeing your majority’s get lost in the House and Senate, you would think the Republican party would look at this and say, okay, obviously there’s a big problem. We know it’s connected to Trump. Polls show us it’s connected to Trump. So we need to cut ties with him. We need to move on the same way every other former Republican president has just moved on, you know, Republicans when they leave office, typically don’t stay in the spotlight anymore.

Reagan didn’t. Nixon, certainly didn’t. Ford didn’t. Bush, Sr didn’t. W Bush didn’t. But Trump has, and he still wants to rule the Republican party with an iron fist and rather than learning the lessons that going all in with Trump is toxic for your party, the Republican party has decided to double down on letting Donald Trump call the shots. Recently, in the whole debacle about, no, you can’t use my name for fundraising and blah, blah, blah. The Republican party caved and they agreed to hold a donor event, a donor retreat, at Mar-a-Lago to, you know, put a lot more money in Trump’s pocket. Now, as I’ve said before, I think it’s ridiculous that there’s even a thing called a donor retreat, that the Republican party holds this thing and they bring in their donors and they say, you tell us what you guys want.

Like, that’s, that, that’s, that’s crazy that we just kind of accept that that’s a thing that happens. That’s nuts. Like these people are literally sitting there talking to one of the major political parties in the country, telling them what they want them to do. Wow. I don’t have the ability to sit down with a lawmaker and tell them that, neither do you, but wealthy donors do and Trump gets to be the one to benefit from that. The Republican party could have learned a lesson. They could have made themselves better, and they could have positioned themselves for massive victories in 2022 and 2024. But instead, even in spite of the Democrats being a little weak and they swear, by the way, that they’re totally not going to be weak anymore, but we’ll see. Instead Republicans are going all in on crazy.

And yeah, we have seen some Republicans, some on the far right, Hawley, Taylor Greene, they’re benefiting right now. They’re getting huge cash hauls, but that isn’t necessarily going to translate into massive Republican victories. Republicans are losing four seats in the Senate. Their incumbents are retiring. So they’ve got four seats they have to fight for harder than ever now and that’s going to be difficult when you continue to tie yourself to the most toxic human being in the United States. But I’ll end by saying this. I support the Republican party’s decision to go all in with Trump. Because at this point you had the opportunity to learn. You had the opportunity to move forward. You miss that opportunity, decided to learn the wrong lesson. So whatever happens from this point forward is 100% your own fault and you’re going to get what you deserve with it.