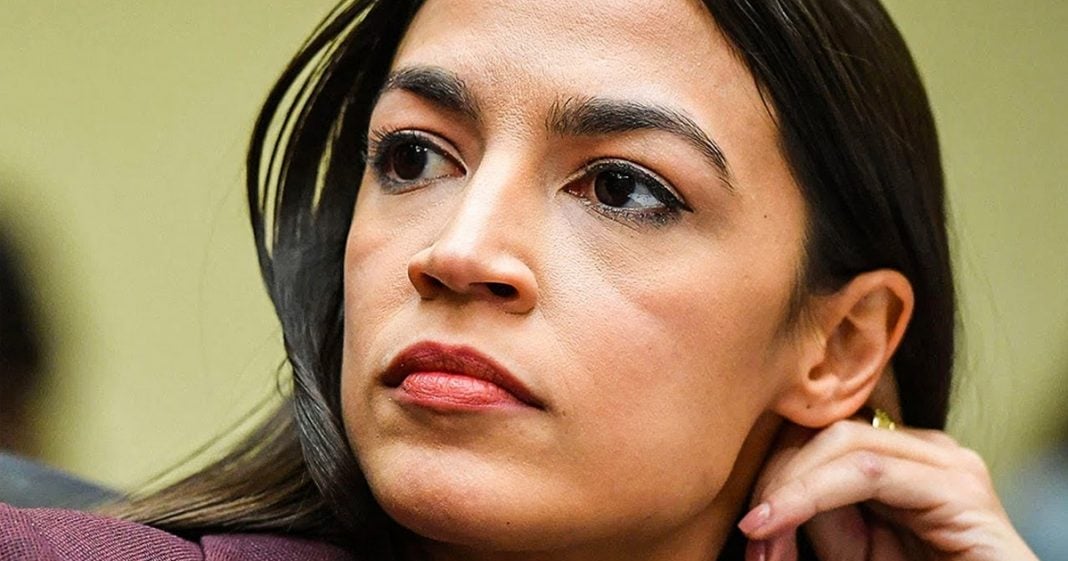 A bogus conspiracy pushed by Republicans went viral on Facebook recently. The conspiracy claimed that Representative Alexandria Ocasio-Cortez is secretly one of the wealthiest members of Congress, when in fact she is actually one of the poorest. They are trying to discredit this highly successful young woman because she has a lot of potential and because she gets things done, and the best they have is that she’s secretly rich (which is something anyone could easily verify as false.) Ring of Fire’s Farron Cousins explains what’s happening.

Facebook in recent days has allowed a conspiracy theory about representative Alexandra Ocasio Cortez, to flutter all around their platform, gaining over 14,000 engagements in just the past few days. And so what is this grand conspiracy Republicans are pushing on Facebook about AOC? Well, they’re trying to paint her as a millionaire, essentially, saying that she came to Congress just a poor bartender, and now she’s worth over a million dollars. Where’s the money coming from? Um, and it’s all a lie. In fact, according to her latest financial disclosures, she has assets of somewhere between $2,000 and $31,000 and a student loan debt alone of between 15 and $50,000. So, I mean, technically her net worth, like a lot of us, would almost be negative because your debts outweigh your assets. So she is, and this analysis pointed out, like she is actually one of the poorest members of Congress.

And trust me, that’s not an attack on her at all. That’s a good thing. We want working class people working in Congress because they understand the struggles that Americans are going through. You think Lindsey Graham or excuse me, Mitch McConnell, who’s been in that Senate for 36 years. Do you think he knows how Americans struggle? Nancy Pelosi who’s been there for God, close to just as long. Do you think she remembers what the struggle is like? Or Chuck Schumer or Lindsey Graham or any of these individuals? Ted Cruz? No, but AOC does and that is who AOC fights for, is the struggling Americans. Hell, she just raised $5 million for Texans while Ted Cruz was off trying to hide his in Cancun. She Is the real deal and that’s what terrifies Republicans. That’s why they come up with these idiotic conspiracy theories about her.

That’s why they attack her about everything from her haircuts to the way she dresses. Oh, she had an Apple watch in a picture. She must be loaded. These people will stop at nothing, they will stop at nothing, to tear this woman down and the remarkable thing is that every time they try to do this, it only makes her stronger. It only endears her to more people in this country. Every Attack they levy against her shows how desperate and pathetic they are. She is the real deal and she is going to be around for a very long time and that’s what terrifies Republicans. She actually represents the working class in a way that they can only pretend to represent them because she’s still a part of it. She connects with human beings on a personal level, which Republicans are just incapable of even doing. She is everything they would love to be, but only pretend to be and that’s why they hate her.