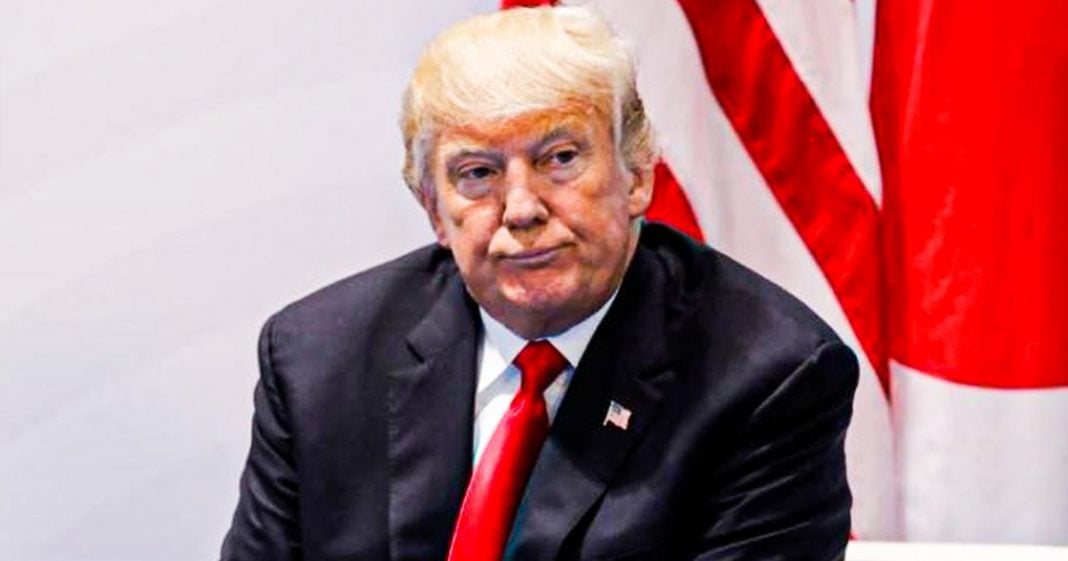 This past Sunday evening, Donald Trump returned to New York City where one single individual supporter was there to greet him. Long gone are the crowds of supporters that used to lie in wait, hoping to catch a glimpse of the then-President. This is a telling sign for the President, and it might actually be a good signal that America is heading in a better direction. Ring of Fire’s Farron Cousins discusses this.

This past Sunday at 9:00 PM, Donald Trump made his triumphant return to New York city, right at Trump tower there on fifth Avenue. Pulled up in his black armored SUV, got out of the car where he was greeted by one single supporter, across the street obviously, you can’t get too close to him. One dude, one dude. The former president that used to boast a filling arenas with 10, 20,000 people, got one guy to show up and cheer him on in Manhattan. Yay. Wish I could’ve seen it. I wish there was video footage of this. I would love to see the one person who came out to cheer Donald Trump on as he made his triumphant return to New York city. That would be splendid. So this is mostly, obviously just a funny story about ha ha, nobody showed up for you, but it may have bigger implications. Right? We know that Donald Trump is still popular among Republicans. We know he still has a cult-like following, but does he? You would expect somebody with that kind of numbers, you know, the polling data, you, you would expect something more. And that’s the thing that we’re still kind of grappling with here as a country, right?

When you see these polls, like we saw in, in the state of Florida in the 2020 election, all of the polls indicated Biden was going to win this state and then it turns out Trump won it. Won it by huge margins, margins Republicans haven’t seen in many, many years here in Florida. So could it be the same kind of situation except reverse for all of these supporters of Donald Trump? The people who say they still love him. Maybe they just say that, maybe it looks good on paper to say, yes, I support the guy. But when it comes time to getting out there and showing him your support, they don’t do it. If that is the case, then that’s a positive sign for the United States. If not, maybe these supporters just didn’t know he was coming back. Maybe that one guy didn’t text enough people to come. Maybe he was the only one who really thought it necessary. But whatever it is, it’s not a good sign for Donald Trump and anything that’s not a good sign for Donald Trump, might just be a good sign for America.