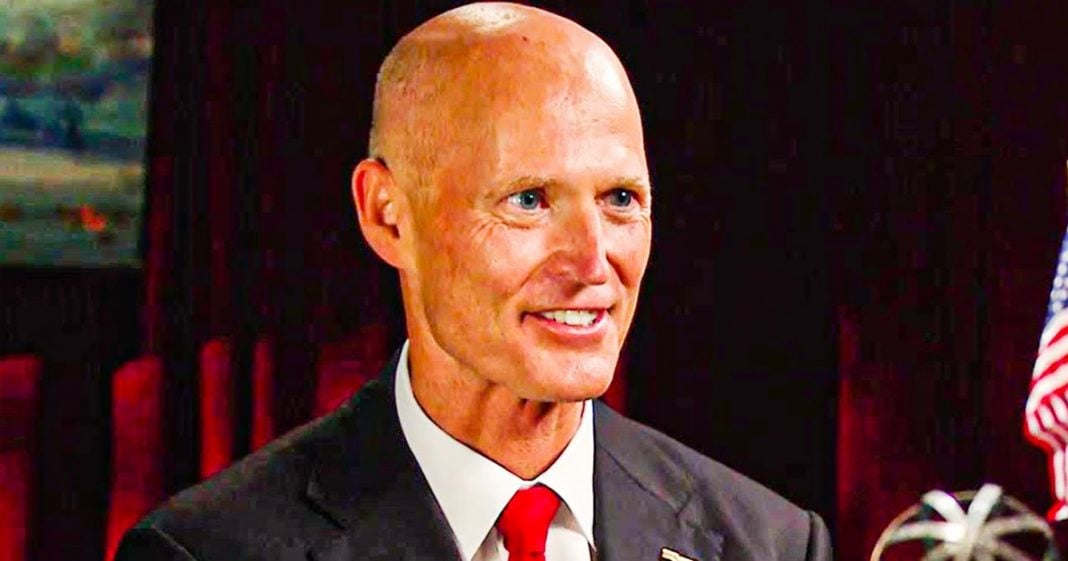 Republican Senator Rick Scott from Florida believes that cities and states across the country should reject the stimulus money headed their way from the latest relief package. Scott is worth an estimated $255 million, so it isn’t surprising that he is so out of touch with the rest of the country. But his decision to vocalize his desire for states to reject this money is further proof that Republicans are designed to hate every single thing that Democrats do. Ring of Fire’s Farron Cousins discusses this.

Well, the new stimulus COVID relief package has passed, 360 billion of the 1.9 trillion is going to be delivered to cities and States all across the country and Republican Senator Rick Scott, from our state of Florida here, sent a message out to cities and States yesterday telling them, send the money back. Don’t use Joe Biden’s stimulus money to increase testing or increase vaccine delivery, or to help your local economies suffering during the pandemic. Don’t do that because this is a Democrat thing. So you should send them the money back, Rick Scott from Florida says. Meanwhile, Florida governor, Republican governor Ron DeSantis, is literally saying the opposite. He is saying, we need more money here in the state of Florida. So there appears to be a little bit of a disconnect between these two wacky Republicans. One saying, don’t use any of the money, send it on back.

And the other saying, hey, this isn’t enough to help us. I’ve screwed up our state so much, we don’t know what to do. Yeah, here’s the thing, Rick Scott is worth an estimated $255 million. So it’s easy for him in his seat of power to sit there and say, you peasants don’t need the money, send it back, send it back to the government and send a message to Joe Biden. No, they need the money. They need the money desperately and Ron DeSantis is right. We do need more funding here in Florida. Not because we’ve been screwed over well, we have, but we’ve been screwed over by our own governor. Like he’s bungled it so bad that yeah, we need more help here. Texas needs more help. New York run by a Democrat who should resign, needs more help.

For Rick Scott to come out and say, send the money back, it shows you how out of touch and how petty he is and the pettiness is the thing I want to focus on because he wasn’t calling for States to send the money back when Donald Trump passed the two stimulus packages. Oh no, he was excited. He voted for those. But suddenly now that it’s a Democrat in the White House, you got to send the money back. You can’t use it. That’s dirty Democrat money. This is insane and it’s further proof that the Democrats need to stop even trying to work with these Republicans, give it up. Let them go brush them off. They don’t even matter because they’re going to do idiotic things like this, sending out letters saying return the money because a Democrat gave it to you. Rick Scott is an idiot and anyone who listens to him is an idiot as well.